Organizing for Failure: Obama Gets into the Redistricting Fight

No one likes you. You ruined the Democratic Party.

You have made it harder and harder for progressives to hold their heads high, to act as if they have anything to be proud of. 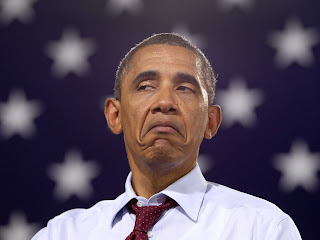 Yet here he goes, sticking his nose into another set of "Reforms", when what he is really after is another set of policy frauds to try and increase Democratic power in red states.

Maybe Obama should sit back and realize that he has done just about everything wrong since he entered office, and just go away.

But no ... Organizing for Action is back in the forefront. He refuses to go away.

When I left office, I asked you to embrace the responsibility of active citizenship -- to get involved in our political process, regardless of which way the pendulum of power swings. And over the course of this year, I've seen millions of people answer that call.

You signed up with OFA to take action, and your efforts made a difference. All summer long, for example, you called your members of Congress, you showed up at their town halls, and you used your voice on social media to protect people's health insurance from partisan politics. And it worked.

Together, you've stood up for science and stood against hate, you've marched for women's rights and protested a divisive immigration agenda.

You're doing the hard work of citizenship. You've inspired me all over again. You remind me of the energy that fueled our campaigns in 2008 and 2012. And I know that once again, we can turn that grassroots energy into real, lasting change.

That's why I'm writing you today.

Soon, our states will be redrawing their Congressional and state legislative district lines. It's called redistricting, and it will take place in 2021, after the next Census takes place. That may seem far off, but the time to get started on this issue is now.

This is our best chance to eliminate the partisan gerrymandering that has blocked progress on so many of the issues we all care about. Simply put, redistricting has the potential to be a major turning point for our democracy. But we need to be prepared.

That's where the National Democratic Redistricting Committee comes in. Led by Eric Holder, my former Attorney General, they're the strategic hub for Democratic activity leading up to redistricting. In partnership with groups like OFA, the NDRC is building the infrastructure Democrats need to ensure a fair outcome. But they need your help.

Sign up on this page, Robin, and let them know that you want in.

The NDRC is providing a comprehensive strategy for the path forward. They're challenging unconstitutional maps in court, and doing the necessary state-by-state electoral work to make sure Democrats have a seat at the table for redistricting.

To support them, OFA volunteers and supporters will provide the grassroots organizing capacity and mobilization that we'll need to win state-level elections and move other initiatives forward ahead of the 2021 redistricting process -- making sure that states are in the best position possible to draw fair maps.

Systemic gerrymandering has favored one side over the other in literally hundreds of congressional and state legislative districts around the country.

If we're ever going to truly achieve our vision of an America that works for everyone, we have to draw our districts so that politicians are encouraged to cater to common sense, not rigid extremes.

Getting that done will require participation. It will require each of us continuing to accept our responsibility to be active, engaged citizens.

This fight matters, and OFA and the NDRC need you to be a part of it. Say that you will be:

Barack Obama wants to blame redistricting for why he could not advance his policy agenda.

This is delusion writ large. This man single-handedly got more Republicans elected to higher office than any GOP Presidential candidate or President in recent memory. 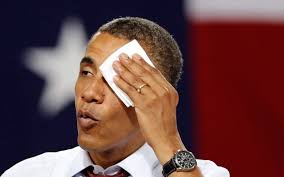 His policies were awful. His agenda was anti-American, and the American public were fed up with a political class more interested in insulting the public--and forcing them to pay for it--rather than doing what was right for the community and the country as a whole.

On the other hand, I hope that Obama continues to campaign around the country for Democratic candidates and causes.

The Republicans in Washington need to fight and ensure President Trump's agenda. We cannot have any stalling on the MAGA Agenda!
Posted by Arthur Christopher Schaper at 10:37 AM