The Latino PAC operating in different parts of the country are predominantly Democratic, left-wing interest groups.

They are obsessed with race, and they are determined to smear Republican candidates as racist at every turn.

The latest smear from Latino Victory US is beyond shameful for the undercurrents and lies pressed in the viewer's face:

This is the most shameful play with the race card I have seen yet.

Virginians of all backgrounds are under attack in their own state. Illegal aliens are overrunning housing. Illegal aliens gangs, specifically MS-13, are targeting Virginia's children!

When will we see a commercial about stopping this murderous thuggery?!

No, instead Latino Victory is only interested in the ongoing push for left-wing multicultural bigotry.

This commercial is the second outrageous smear from the Left against Ed Gillespie.

Guess what? It is going to backfire horribly.

Fred Burgos, a Latino for Trump who serves on the Virginia Republican Central Committee, shared the following on Twitter:


@ArthurCSchaper
Unlike Latino Victory Fund most Latinos don't view the world through the lens of color or race.https://t.co/2IGjg9MYfK
— Fredy Burgos (@fredyburgos70) October 30, 2017


Let's state the facts plainly. The commercial above is actually quite racist. First, to try and exploit the skin color of little children and scare their parents. Then, for this commercial to allege that the Tea Party Movement and the Confederacy resurgence are one and the same. Not true. 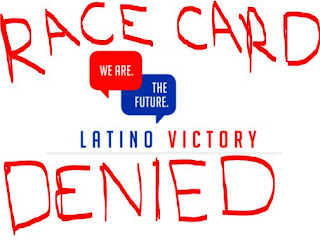 Third of all, the Confederacy and the KKK connected with the failed rebellion state were all Democratic. None of them had any connection to the Republican Party at all.

I called the Latino Victory Fund and told them that I will be supporting and donating whatever resources I can to the Gillespie campaign.

I urge you to do the same!