First, Anthony Rapp comes forward about Kevin Spacey's sexual assault against him when he was only 14--and Spacey 26!


I came forward with my story, standing on the shoulders of the many courageous women and men who have been speaking out 1/3
— Anthony Rapp (@albinokid) October 30, 2017

Then Spacey tries to space himself away apologizing for behavior he had committed when he was drunk, although he said that he was drunk at the time, so how would he know about it?


Then the outrage across social media went viral. 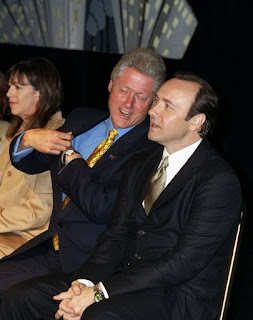 Check out how some of the media elitists tried to handle this:


Can you imagine a Hollywood elitist who tries to give himself a pass for sexual assault against a minor by playing the "I am gay" card?

The award-winning House of Cards program on Netflix has been cancelled:

Here is the full statement from Netflix:

For decades, the regressive Left has been selling us anti-American messages, telling us to feel bad about ourselves because we were all hardworking Americans, or that we lived in the greatest country in the world.

Media elites, star athletes all believed that they had every right to shame us and belittle us, then make us pay for the privilege of letting them talk down to us.

Now they pay the price!