RaPaul Called It: The LGBT Movement would "Eat Itself From the Inside Out"

RuPaul has issues. He is quite a drag.

He likes to read people, not books. He likes to insult people who do not dress as "fabulously" as he does.

Yet even he has had to admit of late that LGBT is not OK. 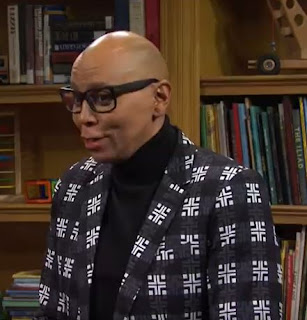 For the last three years, at least, RuPaul does not dress in drag in public. "I only dress in drag when I get paid," he once admitted.

The whole LGBT movement is based on lies and self-serving identitarian factions, and those inner strifes are now breaking out for everyone to see. When truth no longer matters, people are going to fight for power and pre-eminence, nothing more.

And there is only so much power, so much placement, so much pre-eminence to go around for people.

Then you have this crazy transgenderism movement. You have men who say that they are actually women, and within that cohort you have men who have not yet removed all their private parts, and then there are those transgenders which have had all the "bottom" surgeries.

The divisions, the intersections, the cross-currents are getting thicker, deeper, more convoluted, and ultimately deadlier.

RuPaul picked up on these conflicts early on, and he declared that the whole LGBT Movement was going to turn on itself.

Notice that he declared this breakdown as early as 2014--and that was the same year that Republicans swept every level of government throughout the United States in November of that year.

RuPaul later predicted that the LGBT Movement would destroy itself:


Forget an outside threat, the “Gay Movement” will eat itself from the inside out #OrwellAnimalFarm
— RuPaul (@RuPaul) May 24, 2014


Indeed, this is what is happening.

Homosexuals have been pushing their agenda for the last ten years, and now it has infiltrated into libraries, schools, and other safer spaces where children were supposed to be safe from such filth.

There are now homosexuals who oppose this insanity. They have contacted MassResistance's main office in Waltham, Massachusetts, sharing that they cannot stand the idea of drag queens being around children.

Many of the homosexuals who contact our office inform us that they know that they were not "born that way" either. A growing cohort of lesbians are opposing transgenderism. They are appalled by the notion that men can pretend to be women, and that these men can cohabitate with women in close quaters, including prisons.

This LGBT insanity is casting so many shadows across the country, that people are getting tired of this agenda being shoved in their faces. Young people have a negative view of LGBT precisely because of its inherent tyranny.

Of course, this totalitarian aspect of the whole agenda should came as no surprise. The LGBT advocates have been pretty clear about their intentions since the outset. They wanted more than tolerance; they wanted acceptance and then celebration.

They now demand that everyone approve of their behaviors and promote them, or pay a price.

Yet even within the whole LGBT cohort, there are members who see the full-on tyranny of this nonsense, and they want out. More homosexuals are abandoning the lifestyle which hurts them, too, proving definitively that no one is born gay.

Just recently, a lesbian activist, Arielle Scarcella, came out as "conservative" simply because she was tired of the violent "woke" nonsense that has plagued her and others:


She got tired of bigoted, anger, even violent trans activists attacking lesbians such as herself who will not abandon the scientific fact that there are two sexes--only two--and that biological men should not be competing, confronting women in their own sports fields.

The LGBT "community" was never really a community to begin with, since community implies a capacity to pass down values by birth, not merely by recruitment. The LGBT movement is now split on the Buttigieg candidacy for President!

Left-wing LGBT activists, the hardest core of the hard core, do now want the former mayor of South Bend, Indiana for President. He is too "moderate" (whatever that means now among Democrats), he is too corporate, and he is bought and paid for by rich billionaires in wine caves. There's even an article featuring this growing rift with in the LGBT bloc of voters:


'Being gay is not enough': Buttigieg's candidacy divides LGBTQ Democrats

The gays cannot get behind the potentially first gay Presidential candidate. Really. Is it that he is not gay enough? Really, it's that he is too "privileged". Oh brother.

To be honest, "being gay" was never the goal of the whole LGBT Agenda. Demanding acceptance, celebration, and promotion--all of that was the goal.

RuPaul called it right. This whole LGBT movement is eating itself out from the inside out. It's time for someont to close the book on this whole agenda and declare "The Library is now closed." 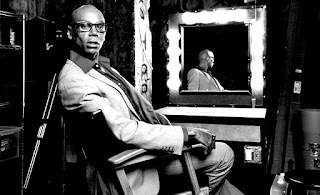