These clearly dysfunctional adults even attack a student. 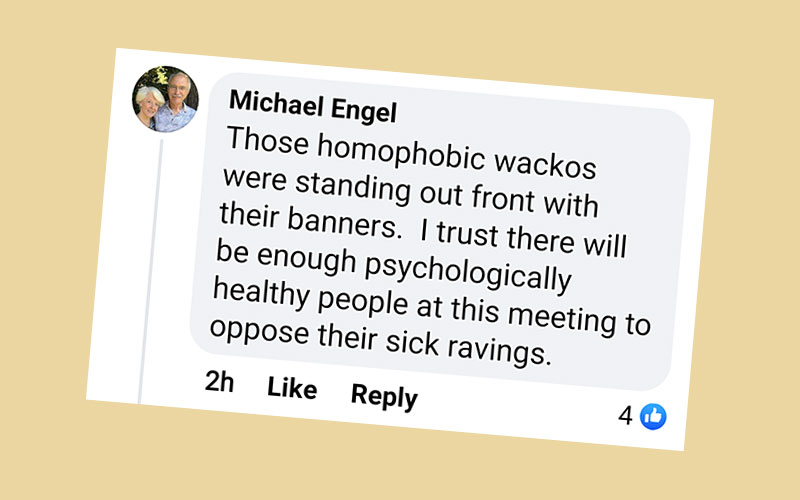 A few parents were outside of a Ludlow School Board meeting supporting the family whose children were coached to identify as "transgender." This is what a local leftist immediately posted.

Using social media to viciously attack conservatives is something we’ve observed across the country. It’s time to recognize it for the façade it generally is.

Ludlow is a conservative town. Located in deep-blue Massachusetts, the community voted for President Trump in 2016 and 2020. But as in many conservative places, progressives (i.e., leftists) managed to get themselves elected to the School Board. And as we’ve reported, they have brought lurid pornographic books for children into the local middle school. Staff members there actively groom children to identify as “transgender.” They purposely keep this from parents. And the school officials fired a teacher who informed some parents what was happening to their children.

Local parents (with the help of MassResistance) organized and relentlessly opposed these abuses. Since leftists have no rational defense when they do these things, they resort to demonizing and intimidating parents. In May and June, the School Board used their public meetings to harshly attack the parents.

But as in many places around the country, the relentless barrage of anger and vitriol against those who complained was done on social media, where the bullying went on for several months. Parents were called vile names, and told that they are such terrible parents that their children should be taken away, Christianity is profaned, and more. The leftists are not shy about expressing their hatred – but call anyone who disagrees with them a “hater.”

Is it really an organic “community” reaction to the parents? No. The attackers post constantly to make it look like it’s a community-wide movement. But in Ludlow (as in most other places), it’s actually just a small group of unhinged, obsessed people, including at least one School Board member.

Who are these people? We’ve seen similar types over the years: disrupters of conservative events, vandals who damage participants’ cars, threaten people’s employers, accost you close up in your face, etc. They are sociopaths: angry, hateful people with dysfunctional lives. Normal people would not behave this way.

From time to time we have infiltrated the meetings of people who do these things. Our meetings are orderly and fairly calm. Their meetings are invariably full of shouting, profanity, and bizarre anti-social behavior.

Here are some random posts from one of the Ludlow Facebook forums: 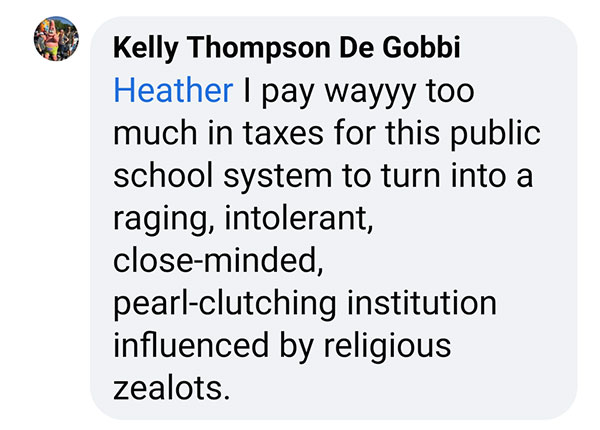 Alex, a 10th-grade student at Ludlow High School, wrote an email to the School Board about his concern that the middle school staff was pushing extreme ideas on sex and gender to children. The leftists attacked him for speaking out: 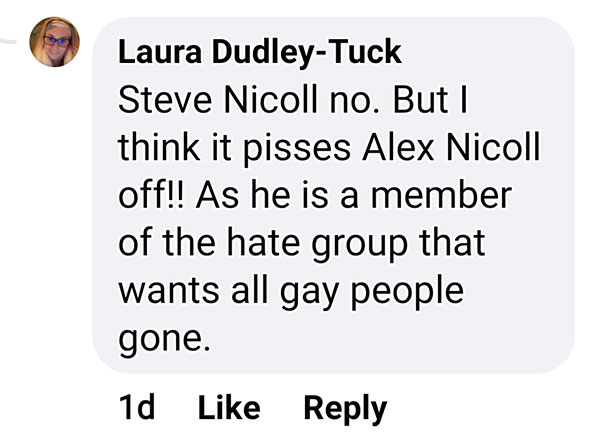 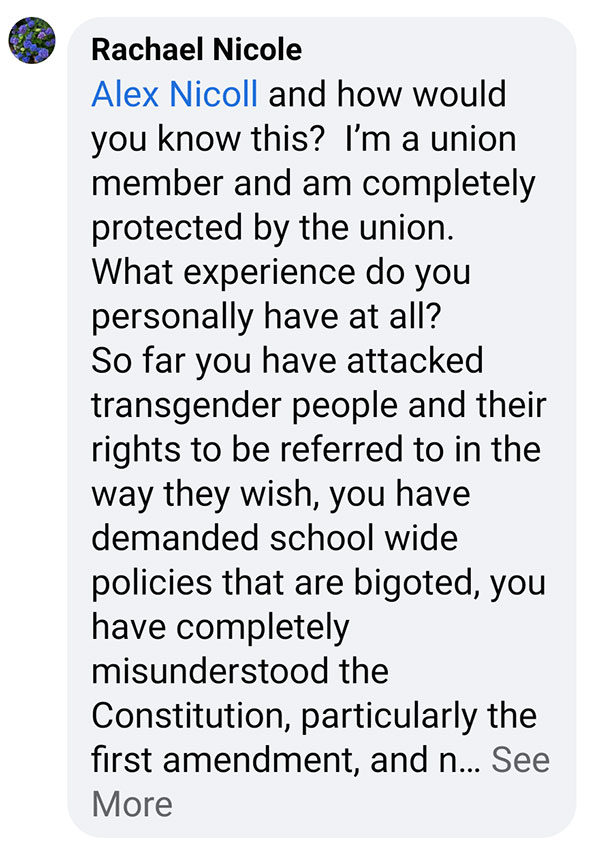 A father and mother asked the school not to discuss "transgenderism" with their 11-year-old daughter. They said she had some emotional issues, she was in counseling, and they were handling it as a family. The leftists attacked them for that: 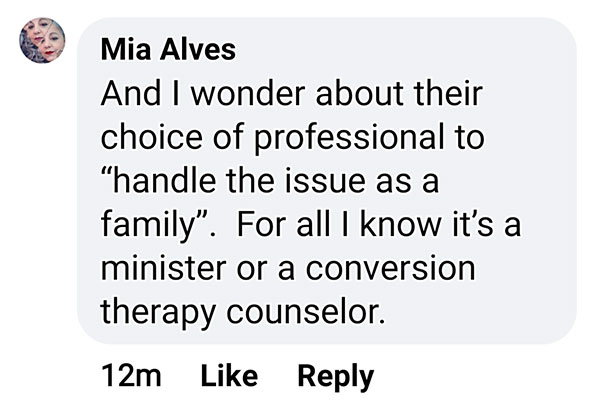 Occasionally, parents would try to explain their side of the story. But these people aren't interented in any kind of civil interaction: 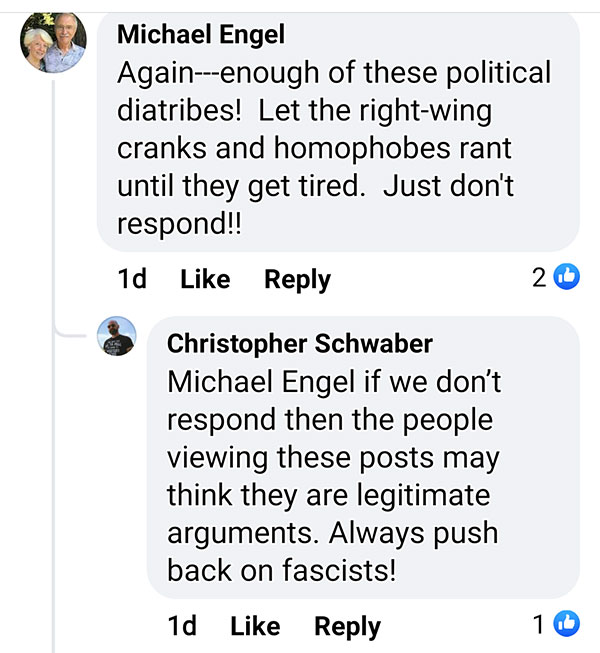 The parents simply want to be left alone, but the leftists keep bringing up Christianity: 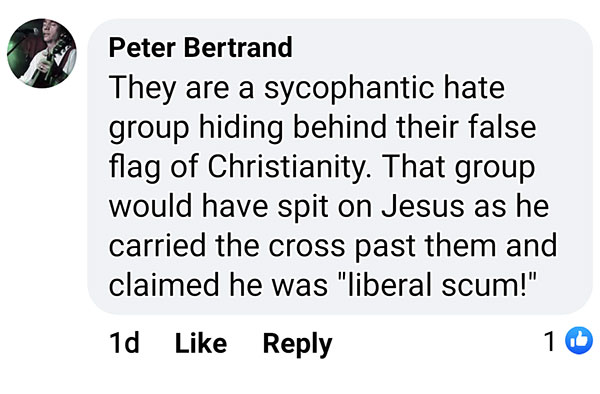 One parent tried to explain that this was about the school giving children pornographic books. But these people fully support giving pornography to children, and their reasoning is weird and irrational. 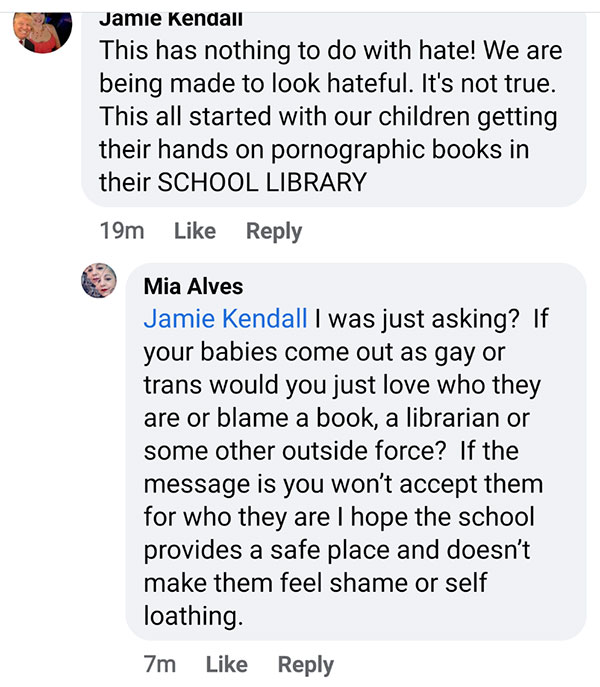 They found out that the parent group was meeting at a local Catholic church. 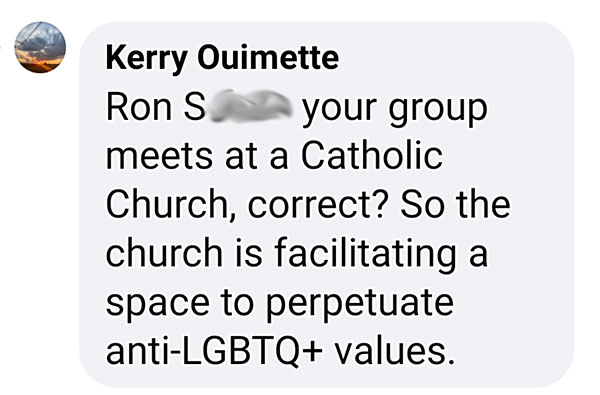 Ludlow School Board member Sarah F. Bowler is also part of the leftist attack group, posting as "Sarah Frances." Below, she suggests that the group harass the parents at their homes and follow them to their meeting at the Catholic church. (Her reference to violating privacy appears to be parents "violating" the privacy of their own children's transgender behavior.) 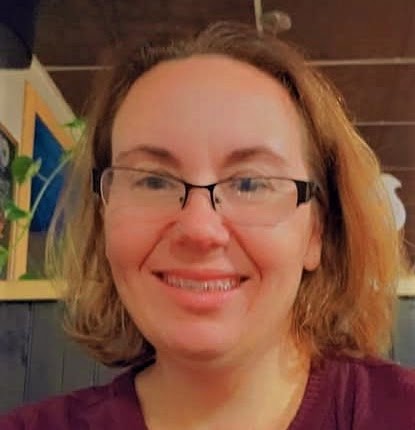 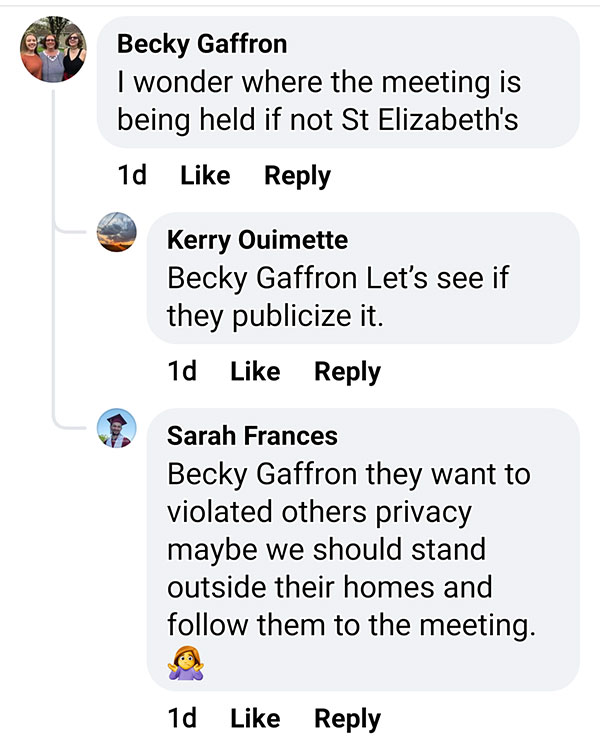 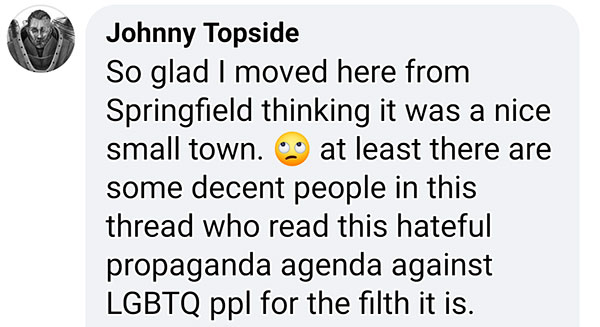 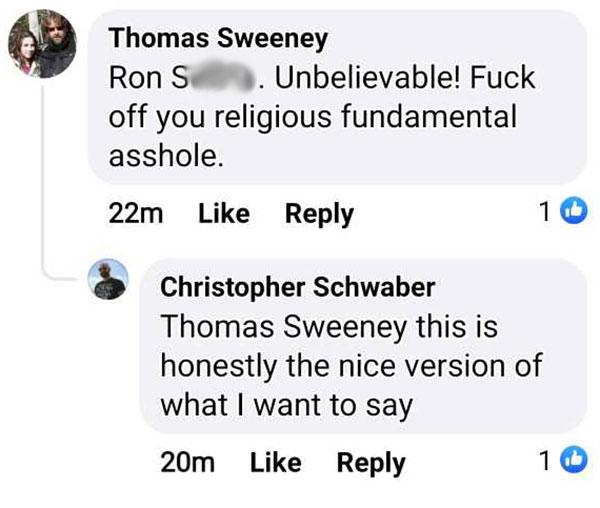 What you have been reading about the Ludlow, Mass. schools is unfortunately being replicated in cities and towns across the country. What that school system has been doing to middle school children is (in the view of any normal person) reprehensible. Our side must continue to confront this and speak the truth. We will not let a small, dysfunctional group of people denigrate, humiliate, and intimidate parents and others.

The recent resignations of the middle school librarian and Superintendent - after pressure from parents - have sent a message to the lunatic “progressives.” Now, the news of what has been happening must reverberate across the community and be honestly discussed. More heads need to roll, and their agenda must be derailed. With MassResistance’s support, these parents are not backing down!

Next: The School Board stages an even more outrageous attack.

Posted by Arthur Christopher Schaper at 10:24 AM