Ludlow Superintendent resigns after months of pressure. School Board members join him in vicious public attacks on parents.

An unbelievable display: Using all the leftist talking points to demean and demonize parents during consecutive School Board meetings - after complaints about radical agenda in middle school. 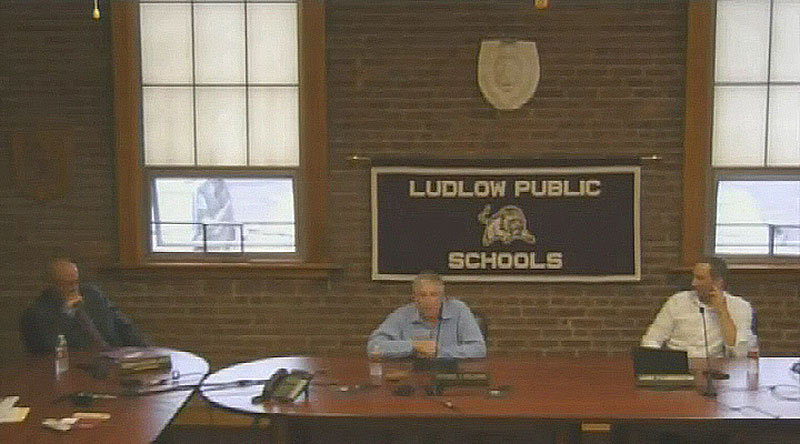 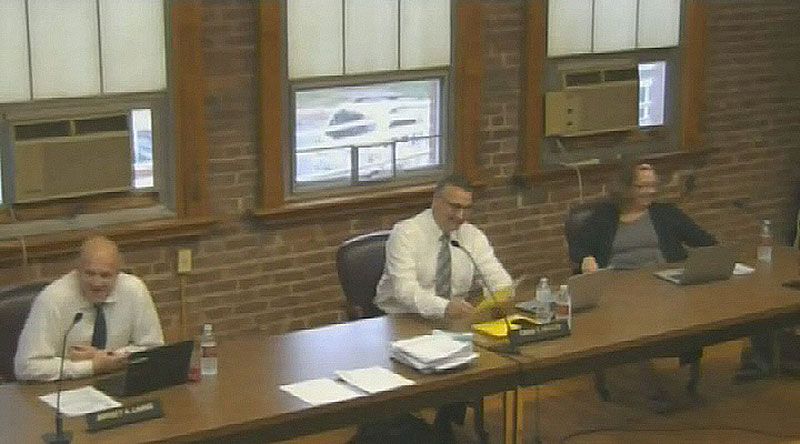 The vitriol that school officials unleash against parents who hold traditional values is truly chilling. But it is extremely common, though rarely displayed in public.

At the May 25, 2021 Ludlow, Mass. School Board meeting, Superintendent Todd Gazda announced his resignation. This followed more than a year of pressure and outrage from parents and members of the local community over a toxic agenda in the middle school. The resignation came less than a week after the Superintendent and Principal fired Bonnie, an outspoken teacher who supported the parents.

At both that School Board meeting and the following meeting two weeks later, Gazda and Board members publicly attacked, demeaned, and demonized the parents, community members, and even a student who had spoken out. Normal meeting procedures were blatantly set aside, allowing for these shocking attacks.

The outrages started in late 2019 when lurid pornographic books for teenagers appeared in the school library and classrooms of Baird Middle School in Ludlow, Mass. The books had been brought in by the school librarian, a strange cross-dressing woman.

In late 2020, the situation got much worse. Teachers and guidance counselors at Baird took advantage of the COVID disruption to introduce radical “transgender” ideas to children. They persuaded children as young as 11 that they were “transgender” – and the school staff purposely kept this from the children’s parents.

Bonnie, a Social Studies teacher, was upset at what she saw and raised the alarm in February 2021. Parents and even some teachers were shocked and demanded the books be removed. But the school officials refused to take any action. Then, as the word got out in the community, the pressure led to the librarian’s resignation in early 2021.

MassResistance helped parents inform the larger community through a flyer, and people in Ludlow were livid at the school officials. In May, the Superintendent and Principal retaliated against Bonnie by firing her. They had to concoct phony charges, since she had a spotless 20-year record as a teacher.

During the COVID shutdowns, most School Boards and other government bodies around the world held their meetings online via Zoom. Members of the public would still be able to speak directly to the school officials during the public comments part of online meetings.

But the Ludlow School Board did not want to hear from angry parents. So instead of using Zoom, they held their Board meetings in their regular meeting room (wearing their masks). But they did not allow the public into the meetings; the Board met before an empty room! As before, the meetings were broadcast on cable-TV and the videos were posted later.

If Ludlow citizens wanted to register comments, they had to email them beforehand. The Superintendent would decide which emails would be read aloud during the meeting. This outrageous restriction – not being able to address their officials in person – only added to the anger of the parents.

Changing meeting procedures to lash out at parents

With the news that the librarian had quit and the Superintendent was about to announce his resignation, the School Board was extremely angry at the parents and wanted to lash back publicly.

So, for their May 25 and June 8 meetings, the School Board decided to deviate even further from normal meeting procedures. Usually, School Boards just listen to the public comments without replying. But now, if there were emailed comments from critics of the middle school situation, the Superintendent and/or Board members would prepare a “rebuttal” beforehand (attacking that person’s remarks) and read it out loud. We have never seen that done before anywhere. It was shameful, childish, and simply vindictive.

At the May 25, 2021 School Board meeting: Superintendent’s resignation and angry attack

Superintendent Todd Gazda started off by formally announcing his resignation, adding that he had accepted a job with a local non-profit organization. (Usually, Superintendents leave to take a job with a bigger school system – and a higher salary. We’ve never seen one leave to work for a non-profit.) With accumulated vacation, his last day would be June 17, he said.

Then, during “citizen participation,” the Board read aloud one email. It was from Alex, a 10th-grade student at Ludlow High School, who (like many parents) was outraged at the abuses of children at the middle school and particularly Bonnie’s firing for exposing it. He pointed out that parental rights were being disregarded.

Alex said that staff members were pushing extreme ideas to children 11-14 years old. “This agenda has been trying to convince them to change who they are, change their sexuality and gender at an age that many kids don’t fully understand either,” he wrote. “The school committee ignores the concerns of the parents. You ignore us. You won’t talk to us.”

He ended: “So I ask, who will finally listen to the parents of this district? When will this be fixed? When can we have a discussion about this? Or will you just continue to ignore the people in this town who should matter the most to this committee?”

Right after Alex’s email was read, the School Board Chairman, Michael Kelleher, blurted out, “Most of that’s just baloney.”

Then Superintendent Gazda read aloud his prepared “rebuttal” to Alex’s letter. It was a shrill, angry rant that largely repeated the LGBT movement’s talking points.

Gazda stated that the issues Alex was complaining about – sexual books, pushing transgenderism on children without telling parents, etc. – are really about “inclusion” and “making schools safe.” These help children to “be free to be themselves.” Rather than stop these programs, he said, “we do not do enough … and we need to do more.”

He made the disingenuous claim that this is “in compliance with the laws and regulations of our state and the guidance of the Department of Education (DOE).” (MassResistance is not aware of any Mass. state law or regulation that requires this, and he grossly misrepresented the DOE “guidance.”)

He stated that such complaints amounted to “intolerance of LGBTQ individuals” and were in fact “thinly veiled behind a camouflage of parental rights” and half-truths, misrepresentations, and false accusations. (In other words, the parents were lying.)

He claimed that the schools are the true “safe place” for students – not their homes with their parents. He said this controversy is about supporting children’s true “identity” (i.e., homosexual or transgender) and that the school supplies “caring adults” where students can discuss “problems they might have.” He said, “For many students school is their only safe place, and that safety evaporates when they leave the confines of our buildings.”

Gazda said that the middle school will absolutely continue to help the children “express who they are” despite parents’ wishes to the contrary.

With that, the Chairman adjourned the meeting. But there was much more to come at the next meeting.

The June 8 School Board meeting: more vile attacks on parents

On June 8, 2021, the Superintendent attended his last School Board meeting.

In the “public comments” section, the Board again read aloud just one email. It was sent by a Ludlow father and mother of middle school children, and was signed by several other Ludlow parents.

The letter stated seven demands that the parents have regarding the middle school:

These “demands” express normal and obvious sentiments parents hold for their middle school children. But they prompted a nearly hysterical reaction against these parents from the Superintendent and Board members.

School Board Chairman Michael Kelliher started by reading aloud his prepared reply - a nasty hate-filled rant, using numerous time-worn LGBT talking points. First, he repeated the claim that what the school did is supported by “state and federal law,” but he didn’t identify which laws.

He then said that it was just a “small group of vocal parents” who were attacking books in the library and were now opposing “the inclusive policies of the Ludlow Public Schools.”  He said that “the staff are simply doing their jobs” being “welcoming and supporting” to the children.

Kelliher said the Ludlow parents are actually under the spell of “outside groups” including MassResistance and which are “recruiting members” in Ludlow. (Of course, he ignores the fact that the entire LGBT agenda in Ludlow is fueled by outside groups, and earlier this year the American Library Association became very active pushing the sexual agenda in the town’s schools.)

Whenever liberals have no substantive argument, they call the other side “bigots” or “haters.” So it was no surprise that Kelliher called MassResistance a “hate group,” mentioning our opposition to the LGBT agenda and what he called “marriage equality.” His name-calling only reveals his own childish anger.

Kelliher ended by making the ridiculous charge that it is “MassResistance [that] is trying to change people’s identities, not the school staff.” He said that our efforts to protect children constitute “hateful rhetoric” and that we are creating “divisive battles” in Ludlow.

Then the Superintendent read his prepared rebuttal to the parents’ letter. It was mostly a repeat of the absurd points he’d made at the previous meeting. But he added:

Myself [sic] and other members of our Ludlow staff have been called evil, sick, twisted, and deviant. We have been accused of grooming students, implying we are pedophiles – for supporting an inclusive environment in our schools where all students can feel safe and supported.

Harassing phone calls have been made to our personal home phones and cell phones all in a pathetic attempt to intimidate and harass.

Actually, the phone calls were attempts by parents to set up meetings. The school officials had ignored the emails and calls to their offices. However, the terms “evil, sick, twisted, and deviant” seem appropriate in this perverse situation.

Gazda ended by characterizing the parents’ complaints as “prejudice and bigotry.”

Then Board Member James “Chip” Harrington spoke up. While the previous officials made remarks that were hateful and offensive, Harrington’s were just plain stupid:

This is exactly the opposite of what’s really going on. The parents have no interest in how others raise their kids. They simply want their own children left alone by school personnel. It’s a little frightening that Ludlow trusts someone as dense as Harrington to decide on school policies.

And he didn’t stop there. Harrington ended by saying that the parents’ letter is “inaccurate” because “there already is a process in place” to decide these issues. Yes, that’s technically true. But it’s a phony process where a bogus “committee” of left-wing faculty members is created to make a decision, and it always rules against the parents.

This is what the parents are up against!

You need to watch the two videos above (especially the second one) to appreciate how unbelievably offensive and repulsive these officials are. The three who did not comment were silent because they had nothing to add – not because they disagreed in any way.

Regular people – especially conservatives – make the same mistake across the country. They assume that these kinds of school officials and School Board members are basically like the rest of us, but simply “misguided” and can be reasoned with. Without exception, our experience has been the opposite.

These people are not normal. Normal people do not do repugnant and immoral things that can cause immeasurable emotional and psychological harm to other people’s children. Normal people do not lash out with this kind of unhinged hostility, hate, lies, and anger when challenged on it by constituents. The education system attracts some very, very bad people. We need to understand that and act accordingly.