Newport Beach Pastor: AB 2943 Awakened a The Body of Christ

Jim Domen is an ex-gay, or we should say a restored man.

Let's speak the truth: no one has to be gay, no one has to be trapped in a same-sex lifestyle or gender confusion at all. The biggest lie under-writing the whole LGBT Movement is that men and women in the homosexual or transgender lifestyle are "born that way." There is nothing they can do to get out of those desires and behaviors, and no one has a right to speak out against these views or values.

All of this is wrong. More testimonies are coming forward of men and women who no longer embrace or identify with the LGBT movement in any way. Men and women no longer wish to be in bondage to same-sex attraction and demands. 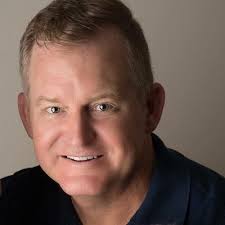 Check out this incredible testimony from Pastor Jim, who with Church United has been leading an incredible fight for the victory against #AB2943, the "Must Stay Gay" bill.

Last month I walked up to Assemblyman Evan Low, D-San Jose, and introduced myself as Pastor Jim Domen, a former homosexual who was transformed and now lives a life of heterosexuality. We both smiled and he said, “You’re about to see democracy in action.” We were standing in the front row of the Senate Judiciary Committee.

Absolutely, in that the people, the citizenry of the state of California have had more than enough of the abusive overreach of the state legislature. I am really inspired at how Pastor Jim handled Assemblyman Low, with tact and directness. This blend of calm assertion is deeply lacking in our politics.

He was there to present Assembly Bill 2943, which would ban “services constituting sexual orientation change efforts,” including therapy by licensed psychotherapists. I was there as an expert witness in opposition. Maybe Low wasn’t aware the United States is a republic? In the oath to our American flag we pledge “to the Republic for which it stands.” And I noticed in the Capitol the state flags read, “California Republic.”

Wow! I love the fact that we have more people waking up and educating the public that we are a RE-public. What is a republic, according to Pastor Jim?

​In a republic, a constitution protects inalienable minority rights that cannot be taken away by the government, especially not by a majority party. By virtue of being inalienable, those rights can’t be voted on, only recognized.

Men and women have rights which the government cannot take away. They are granted to us by God! We have news anchors, like the diminishing hack Chris Cuomo of CNN, who do not understand this fundamental, founding principle of our country.

Pastor Jim gets it, and we need more Californians to wake up and fight for these rights at all costs. Are we not simply "possessing our possessions"? (Obadiah 16)

This is the case of AB2943, as the majority in California’s Legislature are Democrats who wholeheartedly embrace the pro-LGBTQ+ agenda. But above all laws are the California Constitution and the United States Constitution, each with a Bill of Rights.

Yes, now tell us about those rights, Pastor Him!

I have an incomprehensible love and compassion for my LGBTQ+ brothers and sisters. I have dedicated my life to ministering among them and bringing them closer to Christ.

AMEN! The movement to stand for truth is pro-faith, pro-family, pro-freedom. It's about truth, not error, not hatred, not disrespect. There can be no love when there are no boundaries, when there is no recognition of God's grace and truth--which IS one! (John 1:17)

What I object to is when legislators attempt to remove essential tools for psychological therapy (applied to any number of sexual issues), and to infringe upon the individuals’ rights by specifically targeting a super-minority: “Formers,” the name given to former homosexuals, lesbians, bisexuals, gender-confused and those that were same-sex attracted.

That's another great term to use: "Formers". Used to be.

I think it's worth while for men and women who have left the LGBT world and embraced the REAL world, to embrace the truth who sets us free. (John 8:32)

Much of the opposition has focused on threats to religious liberty. That threat is real. What is often overlooked is the damage to those who desire therapy. This bill puts a cloud over proper, legal and regulated therapeutic remedies by licensed professionals — remedies that avoid the regrettable practices of otherwise well-intended practitioners using abusive and unproven techniques. But the bill also would remove individuals’ rights and target Formers by severely limiting speech and expression of thought.

This is the most important part of this editorial. The focus on the dangerous, destructive nature of homosexuality and transgenderism, the lies on which the whole movement has been based, must be confronted. We have too many people fighting the Homosexual Agenda by focusing on the First Amendment only. They only want to talk about the glaring assault on freedom.

But what value is there in being free if you are in bondage to a lie? How can anyone exercise free will if they do not know that they have a choice? The whole LGBT Movement has forced this argument in our faces for decades: "I was born this way." That's exactly what State Senator Ricardo Lara declared on the floor of the State Senate two weeks ago, and in the wake of this horrid fraud he denounced all reparative therapies as akin to murder.

Shameful, and false. People have a right to seek whatever therapies they choose. Men and women who do not want to fall into and remain in same-sex desires have every right to seek help to engage in heterosexual, i.e. in natural marriage and attraction.

We want this for them in every way. On what basis

The Senate Judiciary Committee heard from over 40 Formers who shared testimonies of successful sexual orientation change. Their change was real. This bill will hurt those who seek to change their lives under the guidance of a licensed professional therapist.

It's all about therapy equality!

This is the newer, more expanded element needed for lasting change

Unfortunately, prior to the hearing and outside the Capitol, the committee did not hear two hours of testimonies filled with stories of the suicidal thoughts and attempts and of the heinous sexual abuses committed against almost all the 40 Formers.

Why is that? What happened to the free exchange of ideas from men and women who no longer wish to be trapped in a destructive, dangerous, and deviant lifestyle (or rather, deathstyle) which cuts the average lifespan short by 20%?

The committee ignored the over 500 people testifying in opposition. A Senate staffer told me, “That’s the longest line of opposition testimony I’ve personally experienced in my 14 years at the Capitol.” Said Sophia Bollag of the Associated Press, whose interview with Pastor Ken Williams was aired by ABC Sacramento, “This is the longest ever public comment hearing I’ve ever seen in the Capitol. It wasn’t a small minority of people who came here today — they came from across the state.”

500 people? Incredible! God bless those brave Californians for speaking the truth about homosexuality and transgenderism. God bless those working men and women for taking the time to speak out against this terrible bill.

​Despite the 5-2 committee vote for the bill, I am thankful for AB2943. It has hit a nerve. The government has extended its reach too far. AB2943 silences a people — it promotes their non-existence. I’m hopeful it will not pass the full Legislature.

This is one of many silver linings breaking through the dark cloud of anti-Christian, anti-Biblical, anti-biological reality in the state of California. The more that the state insists on imposing its hateful agenda on the rest of us, the more that "The rest of us" will no longer rest until our legislators recognize that we will no longer sit back and tolerate the repeated abuses against our rights.

​You’ve awakened a compassionate giant, willing to contend for our God-given rights. I lead pastors across this great state of California who respect and follow the God in California’s Constitution, whose preamble begins, “We, the People of the State of California, grateful to Almighty God for our freedom, in order to secure and perpetuate its blessings, do establish this Constitution.”

Jim Domen is restoring the founding principles of our country--and our state.

How quickly the lawmakers in Sacramento have forgotten their place. They are not God. They are not the law. They do not have the final authority on any manner. No matter what happens in Sacramento, the Body of Christ is rising up, restoring its stature, reminding the world that we are hear to preach the Good News that through Christ Jesus, we are justified from all things that we could not be through the law of Moses (Acts 13:38-39), and that our rights, which come from God, will not be taken from us.

Church, Christians, citizens of all backgrounds, it's time to Possess our Possessions!

Jim Domen is a pastor and founder of Church United in Newport Beach.

Posted by Arthur Christopher Schaper at 9:45 AM