David Hadley for CAGOP Chairman? (No Thank You)

I can't agree to this one.

I didn't want David Hadley to run for Governor, and I do not want him to be the next chairman of the California Republican Party. 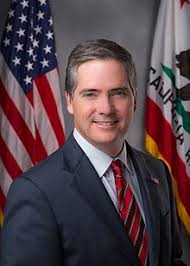 Yet he was just named the Vice-Chair, and it looks as though there is little to nothing that can be done about it ... for now.

Former legislator David Hadley was unanimously appointed vice chairman of the California Republican Party on Tuesday by its board of directors. The move eases the path for the Manhattan Beach resident to become the party’s next leader once current Chairman Jim Brulte’s term ends in February.

Someone had to take the #2 spot, since Kristen Olsen resigned in disgrace, unwilling to own up to the fact that she and Chad Mayes engaged in an adulterous affair, and then pushed a corrupt cap-and-trade deal that will bankrupt the state of California.

Hadley, who ran for governor earlier this year before dropping out of the race after two weeks, served one term in the state Assembly representing much of the South Bay.

Is this the best we can do? He served one term--and I am glad that he did for the most part.

But within two weeks of running for Governor, he backed out. Not great forethought right then and there. All of this falls back on the fact that he isn't paying attention to the grassroots.

The 53-year-old businessman is a social moderate and fiscal conservative who has ties to prominent donors, relationships that could prove vital if next year’s chairman’s race is contested, and should he be elected leader of the state party.

The New Majority, better known as "The New Permanent Minority" are a bunch of rich crumb-bums who can't make it in larger political circles, so they are going along with doing a middling job at ruining the California Republican Party.

But hey! They will still get invited to all the Kool Kidz' Parties, right?

But Hadley will likely face some backlash from state GOP activists because he did not support the Republican Party’s nominee, Donald Trump, in the 2016 presidential election, and has shown a willingness to break from party orthodoxy on issues including renewable energy, a reflection of voters’ views in his district.

This guy did not support our President. It was naked political interest to reject Trump when he was running for re-election in 2016. Lots of Republicans in the South Bay told me that they were not going to support Hadley because he had turned on Trump. On top of that, some potential volunteers didn't bother to turn out. The Republican Women Federated in Palos Verdes declined to support Hadley, either. 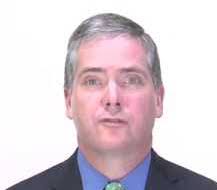 I remember that Young Kim had a much larger campaign field office for volunteers than David Hadley, too, that year. Pretty sad, all around. Do we really want a leader at the head of the California Republican Party who has spent little time fighting for things that matter?

How about fighting at all? He doesn't fight! He didn't support Trump.

He is too liberal, but more importantly too accommodationist for me.

Attempts to reach Hadley for comment Tuesday evening were unsuccessful.

Hadley replaces Kristin Olsen, who cited “personal and professional reasons” when she stepped down from the post in October.

How about the fact that she was a RINO sellout more invested in making herself rich and powerful as opposed to doing what is best for the California Republican Party and the state as a whole?

Brulte, a powerful former legislative leader, is the longest serving chairman in state party history. He was first elected to the post in 2013 at a time when the party was in disarray and in massive debt, and is widely credited with turning around the organization’s finances.

True, but that all comes down to getting big money from Charles Munger Jr., who doesn't seem interested in doling out anymore money.

Eve when the state party changed the rules, Brulte doesn't want to do this anymore.

I don't blame him. Who in their right mind wants to lead a fractious coalition that has done little to nothing for most elected members? Most of the elected officials do better running their own campaigns, reaching out to different donors to get by.

At this point, who really wants the job? At all?!

We can do better than Hadley, though. Much better.

The biggest problem for me? All the "RINO" New Majority Money is behind.

This is not going to help our efforts. There is nothing wrong with having money, with making money. The problem is that some of the monied interests in the state of California

A major announcement will break on August 10th about another candidate running for Chairman of the California Republican Party. Another candidate will be announcing his (or her!) interest in the position.