Barack Obama is so desperate for relevance, that he is coming to Orange County tomorrow to rally for the Democratic Party's Congressional opportunities.


Does this guy not know when to make an exit? Please go away, Barry. You were one of the nation's worst Presidents, if not the worst!

He wants to pick up the Democratic Party ticket in California, where Democrats think they have a chance of picking up five Congressional seats out of nine targeted.

They are living in fantasy land. Nobody wants what Democrats are selling. We don't want open borders, high crime rates, and our rights trampled upon by a large, oppressive state.

From My News LA:

Obama to Campaign for Democrats in Orange County this Weekend

In his first major foray on the campaign trail ahead of November’s midterm election, former President Obama will drop into Southern California on Saturday, holding a rally in Orange County to boost seven Democratic candidates running in competitive House districts across the state, it was reported Wednesday.

His appearance, one of just a few overtly political events he will have held since leaving the White House, is a sign of the high stakes in this year’s election as Democrats try to wrest back control of the House.

It’s also an indication of California’s considerable role in Democrats’ hoped-for path to victory, with all seven Democrats competing in Republican-held districts that supported Hillary Clinton in 2016, the Los Angeles Times reported. Democrats need to capture 23 seats to take back the House.

Keep in mind that the Democrats failed to flip a seat in Ohio, even though Democrats were convinced that they could seize that seat away. 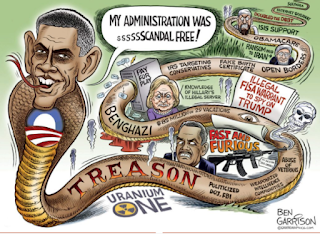 Where will Barack Obama be this weekend?


The Orange County Register reported that the rally would be at the Anaheim Convention Center, Ballroom E, with doors opening at 10 a.m.

“Tickets will be required for entry and are available through some local Democratic groups and congressional campaigns,” the paper said, later reporting that the event is “invitation-only.”

A representative of Mike Levin’s campaign in the Orange-San Diego County straddling 49th district told Times of San Diego that the Democratic Congressional Campaign Committee was the source of information on tickets. The DCCC did not immediately respond to a request for details.

They sure are exclusive, aren't they?

I thought that the Democratic Party believed in open borders and being inclusive at all costs?

But the rest of us have to up with suffering their insufferable arrogance and lawlessness. Unbelievable.

Posted by Arthur Christopher Schaper at 11:38 AM