Decline in High School Football Programs Across the State, County?

Now this was a pretty damning report on the fate of high school football. The report focused on California, but this decline in enrollment is happening all over the country.

Since 2015, nearly 10,000 fewer students are playing 11-man high school football in California, according to the latest CIF participation survey released on Wednesday.

For the third consecutive year, there was a decline in football participation even though sports participation is at an all-time high at 808,557.

If we accept the numbers at face value, then what is happening?

Some schools have no trouble fielding football teams in Southern California. Long Beach Poly, which dropped its junior varsity program last season, is back having three teams this season, having added more than 50 players to the program.

There is some good news. The larger schools probably have no problem bringing in team members.

Oaks Christian, however, decided to drop its freshman football team this season after only 18 players came out for football.

CIF Executive Director Roger Blake said he believes the decline could be coming to an end based on improvement in youth football numbers.

“I think we’ve declined about three percent each year,” he said. “It’s been a steady decline but reflects what we anticipated based on youth sports numbers. I anticipate the decline will slowly stop.”

Football programs are having to compete with soccer and lacrosse for athletes, along with others who are pursuing year-round sports.

I wonder if the demographics of this shift explain what is happening?

Football continues to lead the top 10 boys sports in participants. Track and field is second at 56,606.

Soccer is No. 1 for girls with 47,186 participants. Girls’ wrestling had a 17.33% increase with an additional 781 girls participating.

This report didn't seem very informative. It almost seemed as though they were trying to find a problem. Then all of a sudden, more reports emerge in which the team is making a comeback.

Here are some articles I found on this subject across the country.

Reuters reported the following, as printed in Today:

When Justin Kelley was a freshman, he tried out for the Park View High School football team in Sterling, Virginia. He'd been playing football since he was 6, but was surprised to learn that at 14, he started as the varsity team’s center.

Wow! That was a quick rise!

“No one was experienced enough to give him competition for that spot,” his mom Cyndi Kelley told TODAY. "He was able to hold his own, but he wasn’t very effective in his position as center with someone who was a lot bigger."

The team went 0 and 10 last year, but still Justin hoped to play this year. That is until Park View High School announced it was canceling its varsity football season.

OUCH. That is pretty startling, especially for a young man who just wants to jump in and play. But the numbers need to be there. If no one is signing up to join the team. then there's no point.

“He was a little disappointed initially. After hearing the reasoning why, he very much understood,” Kelley explained. “He is very excited about the J.V. program and very excited to be part of the rebuild of the program.”

The reason for the scrapped varsity season? Only 18 students wanted to play and the Virginia High School League recommends that teams play with 25. Too few players makes it dangerous.

They end up taking all the hits. They have to rotate who plays and who does not. One person cannot be the quarterback every time all the time.

“When you consider safety, there was no other choice. It wouldn’t be fair of feasible. We want sports to be an enhancing experience and not a cause for injury,” Wayde Byard, spokesman for Loudoun County Public Schools, told TODAY.

Exactly. A number of critics, pundits, and culture writers have shared growing concerns about the health issues associated with football. However, I remember watching documentaries in the past which talked about how

But it’s not just Park View High that had to cancel its varsity football season. High schools across the country are sitting out this football season because of lack of participation. Since 2007, the National Federation of State High School Associations (NFHS) has observed waning interest in football.

Wow. This has been going on for ten years. It makes sense that news outlets would point out the trend now. Ten years is about right to see the issue.

While football remains the most popular among high school boys, the number of participants declined for the second year in a row, according to a report released Friday. In 2017, there was a 2 percent drop in football participants, slightly less than the 2.5 percent decrease in the 2015 to 2016 season. Since the 2009-2010 season, the numbers of students playing football decreased by 7 percent.

While stories of scrapped football seasons are becoming more common, the NFHS reports only a small number of schools, 20, scuttled their programs before the 2017 season — from 14,099 to 14,079.

“There are a variety of factors that contributed to that,” Bob Colgate, director of sports and sports medicine at NFHS, told TODAY. “Sometimes sports participation goes up. Sometimes it goes down.” 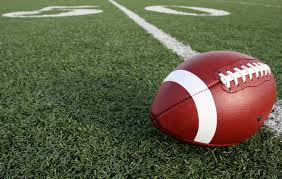 Here are the issues:

“The male students we have are not interested in playing football. I don’t think it is any big problem with the football program,” Steve Kilian, the athletic director at Wood Memorial High School in Oakland City, Indiana, which axed its varsity football season, told TODAY.

Only 13 boys showed up for football, but 17 boys tried out for soccer at Wood Memorial. Kilian and others believe the increased interest in soccer and lacrosse, both of which can be played year-round, is one of several reasons students are less interested in football.

They can be played year-round. Is this a cultural shift that we are seeing, too?

At Chapel Hill High School, students play sports that have travel teams and clinics that allow them to play throughout the year. They think playing soccer or volleyball all year will make them better athletes and gives them an advantage for college athletics. Football season generally lasts from August to November with few off-season opportunities.

Ahh ... the need to go to college. But what about college scholarships? Those are plentiful for football players.

“Any other sport, whether you are on a school team or club team or private lessons, you are doing it year-round,” Nash said. “If you are on a basketball team and you are halfway decent and the other players are going to summer camps, you can’t stop and play football.”

Chronic traumatic encephalopathy (CTE) has emerged as a major concern for professional and college football players, but the school districts say that rarely comes up.

The health issue is not the main issue.

Colgate said concussion and injury garners loads of attention, but he thinks it's just one of a variety of reasons for decreased interest.

“The one thing I get asked all the time is, ‘Is it concussion?’ That is one element,” he said.

So parents are worried about their children to such an excessive extent, that they won't let their kids engage in any sports.

Kelley believes some parents worry unnecessarily about concussions. She said CTE was a problem 20 or 30 years ago because coaches and doctors didn’t understand how to prevent it. Now, she sees coaches protecting players by teaching them not to lead with their heads and making them go through rigorous concussion protocols.

There you go. There's a way to play rough without hurting yourself.

“While that is unfortunate that CTE has happened, that has led coaches and doctors to research what happened to make the game safer today,” she said.

But Dr. Bennet Omalu, a forensic pathologist who discovered CTE, strongly recommends children under 18 skip contact sports, such as football, because it presents grave danger.

“We wouldn’t give a child a cigarette to smoke because a cigarette is potentially harmful. But we would put on a helmet of the head of a child and send him out on a field to play a game whereby he sustains repeated blows to his head, to suffer sub-concussion and concussion,” Omalu told TODAY in 2017. “We need to develop more brain-friendly, healthier type of sports.”

While the high schools that canceled football mourn the loss of their Friday night lights, they all plan on rebuilding.

There's little talk about what other issues are turning off students to signing up for football.

"We enjoyed having football. The community wants to have football," Kilian said. "We have postponed the season and hopefully maybe we can get it going again."

Just because the community at large wants the football games does not mean that they will get the football games. It's not just about the parents, the stakeholders in the city, or the vendors. The students and their interest in the program is paramount.

For now, I would say that this fear about the decline of American football is much ado about nothing.

Posted by Arthur Christopher Schaper at 12:11 AM