Jay Leno: This is How to Stay Out of Debt

NBC "The Tonight Show" comedy host Jay Leno was the funniest comedian of the three plus comedians who tried to carry a late-night talk show. He was witty, mocked both sides of the aisle, stayed away from embittered political punditry. He also relied on submissions of funny photos from the audience. Having watched some of Johnny Carson's segments from previous broadcasts, I think that Leno was funnier than Carson.

When Leno went among the public to question them about basic current events, he poked fun at their lack of knowledge, but never trashed them or made them feel about themselves. He made fun, but he wasn't cruel or bitter. At the beginning of every show, Leno reached out the audience and connected with as many of them as he could.

And he was a tireless worker. He did a nightly return at the Comedy and Magic Club in Hermosa Beach to make sure that he stayed fresh and vibrant. His temperament on screen and off indicated that he had a centrist, perhaps even conservative leaning mindset.

Lo and behold, the way he managed money in his private life, from his first career to the present, suggested a strong fiscal discipline which all of us could learn from.

Jay Leno never carried debt, even before he was a big earner. He stayed out of the red thanks to one simple strategy: He didn't buy on credit.

"I rarely used credit cards," the comedian tells CNBC Make It. "I didn't buy anything I couldn't afford to pay for in cash. I always liked, 'Here is the money, give me the thing, transaction over.'"

Makes sense. Don't get into a habit of going on credit if you have the money to begin with.

Leno started his career with a minimum wage job at a McDonald's as a teen. A few years later, when he was jump-starting his career as a comedian, he had to supplement his comedy gig earnings with money he made working at a car dealership. At first, the paycheck from the dealership was the bigger of the two, so he banked that and lived off the other.

He started hosting "The Tonight Show" in 1992 at age 42, a job that reportedly earned him as much as $30 million a year. But even today, he prefers not to pay for anything in installments, he tells CNBC Make It: "When you own something and you don't have to write checks every month, you're just better off." 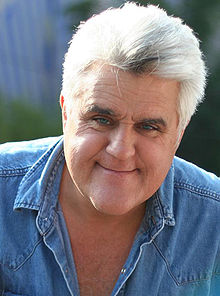 This conservative philosophy gives him financial peace of mind. "I own everything. I own my buildings. I own my cars. That way, if it ends tomorrow, I know what I've got," says Leno, who now hosts CNBC's "Jay Leno's Garage." "It's a little old fashioned, I suppose, but it seems to work pretty well for me."

When you're getting started as an independent adult, it's important to establish good credit — that will allow you to make larger purchases in the future, such as a car or a home — and one way to do so is by opening a credit card. The good news is, if you stick to a few basic guidelines, you can easily use one without going into debt.

But if you find yourself not making payments in full, or if you have already racked up credit card debt, Leno's cash-only solution may work for you.

There's more to the story. Where did Leno learn these habits?

From this parents, who had survived the depression. They knew what it was like to live in dire poverty, and not know when they would get out of it. A generation of Americans died with all their life savings saved in mattresses in their homes because they had lost all their money when the stock markets crashed in 1929, and then financial liquidity dried up all over the world because of bank runs and government meddling.

Leno's parents taught him to live frugally, turn off the extra heat, electricity, etc. These habits are good to build upon. Leno has a thriving business, life, practice, everything. He has done quite well for himself, one could say.

Stay out of debt, pay with cash when you can, work, save, invest, and live well.
Posted by Arthur Christopher Schaper at 9:20 PM