More Truth About the Red Elephants: They LIED About Jeremy from CNN

What set me off about the Red Elephants (sometimes referred to as "The Brown Shirt Elephants") enough that I called them out completely was that they savaged Jeremy Montanez, the guy on the CNN panel with me last month.

I was really disgusted that they called him a plant. He voted for Trump, even though he had diverse reasons for doing so.

The onslaught that he endured was unreal.

Here's the article that they published on their website

Here's the video they put up shortly after the CNN Panel:

They just automatically assumed that he was a plant.

All of this was unfair hoopla.

Montanez was not a plant. Period. I should know. I sat next to the guy, I got a feel for what he believed. All the talk about his socialist views were no surprise to me. He had told me that he was a socialist committed to centralized, government medicine.

We talked for a while after the CNN panel the same day. He paid for the Uber that drove us to Trump Tower.

For about three weeks, I didn't hear from Jeremy. I guessed that he had blocked me or something.

Then finally he reached out to me on Facebook.

Here's a statement I received from Montanez after it all: 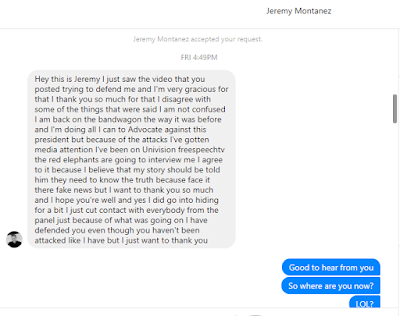 Here's Montanez giving his side on the Red Elephants:

Instead of walking back the charges, Vince James tells the audience to make up their minds.

But the biggest problem remains that they jumped on the bandwagon outright and called him a fake, and this fraud snowballed into getting them lots of views, clicks, whatever.

Not once did Vince acknowledge that he was wrong. Not once did he concede that he jumped ahead of the whole story. He just went along with whatever would get the most coverage. This is the epitome of Fake News.

Not only did The Red Elephants go to every length they could to cover for their fake news, they pivoted to attacking his views on Trump, immigration, healthcare, etc. They couldn't spend too much time going after his appearance on CNN. They would then have to admit that they jumped the gun and were wrong.

Oh, and Montanez had the humility to admit that he was wrong to call President Trump "a monster".

Once again, here's Montanez with me at Trump Tower, and we met Eric Trump there: 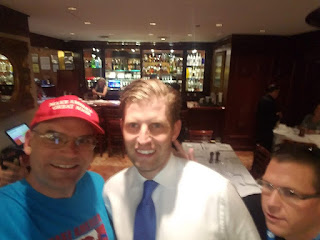 Here were are outside of Trump Tower in New York City: 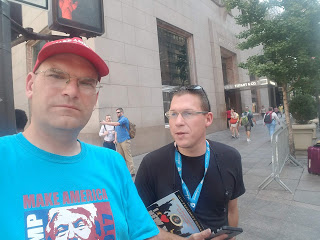 The Red Elephants put up an article suggesting that Montanez was a plant. 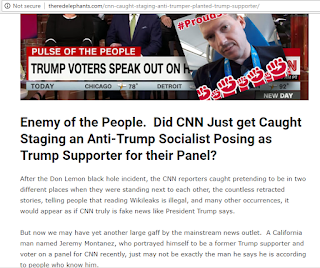 But they only suggested it, right? 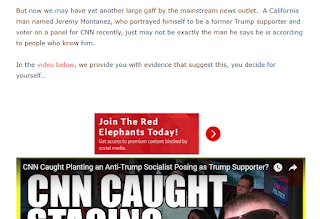 They assumed it readily:

They thought they had their big scoop, right?! 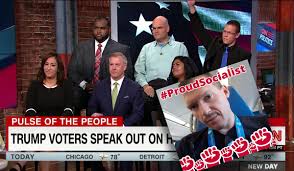 When I finally exposed the Red Elephants about their anti-Semitism, anti-Zionism, and their racialism, Vince James texted me to change my story about Montanez: 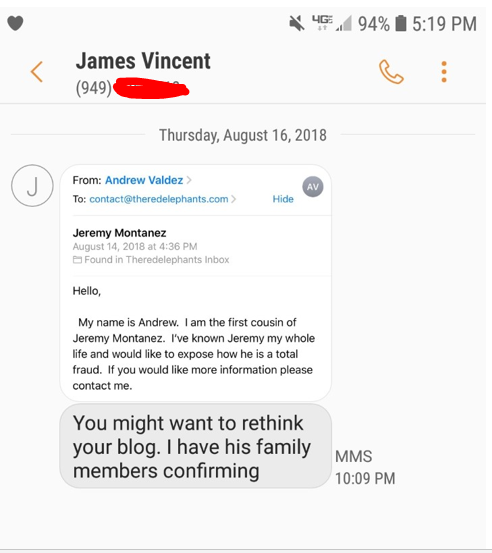 Notice how he didn't challenge my post about his hatred of Jews, Israel, and the denigration of other people because of their skin color.

They have to concede their hatred along those lines.

Vince James and the rest of these alt-right Fake News types have been fully exposed.

This is the last time that I will write about this. For the two weeks that the whole Twitter sphere went nuts over "CNN Placed a Plant on Their Panel!", I just sat back and laughed. The whole world trolled themselves essentially, especially the so-called alternative, independent media. So desperate were they to push a narrative, that they didn't bother to wait for the facts to come out. 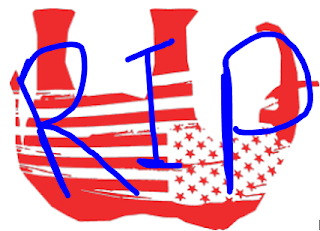 Posted by Arthur Christopher Schaper at 12:54 AM