Michael Madigan is the last of the Irish political machine bosses. He has more power in the state of Illinois than the Governor and even the labor unions. Even US Senator Mark Kirk wouldn't mention Madigan's power, but only talked more generally about the public sector unions screwing the taxpayers throughout Illinois.

Madigan is a power-broker like no one else. He has incredible wealth based on his extensive law practice in Chicago, which takes advantage of the byzantine property tax laws which are purposely designed to be excessively complicated.

Why? So that Madigan and Co. get the best legal contracts and work the hardest to ensure lower tax rates for the largest corporate firms in the city.

Then I found this letter in the Chicago Tribune, actually comparing Michael Madigan to Donald Trump! Is anyone paying attention in the Windy City! Trump just signed off on massive tax cuts for working and middle-income families! 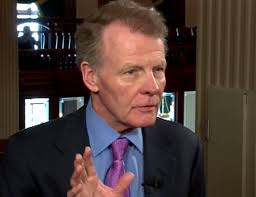 Madigan is stealing from Illinois taxpayers. Trump is helping Illinois residents to keep their money!

The similarities between President Donald Trump and House Speaker Michael Madigan are significant — and frightening. Both put personal power and self-aggrandizement above the well-being of their constituents. Both are willing to sacrifice the future for short-term expediency. Both are dividers, masters at pitting communities against others. Both are willing to play fast and loose with the truth in order to prevent a thorough understanding of their political moves and their consequences.

Personal aggrandizement? Does this Illinois resident realize that Madigan stays out of the limelight? He doesn't even use social media, and the Speaker won't use a smart phone. This corrupt politico doesn't want anyone finding a paper trail.

President Trump uses social media profusely, but what he promotes is all of us!

What’s frightening is to recognize that the results of this form of leadership have been demonstrated in the plight of our state. After decades of descent into the paralysis that results from self-indulgent leadership, observers of Illinois should be able to see that if we allow national leadership to ride roughshod over our sensibilities and intellect as the state leadership has done, the nation will be in debt, isolated, distrustful of governance; a progenitor of inadequate public services, especially education; and subject to the flight of good people, jobs and companies — the same consequences that state leadership has foisted on its people.

It still astonishes me that anyone would compare a corrupt Democrat to a freedom-loving Republican, especially President Trump, to dry and old Michael Madigan.

Please, Illinois residents, show some muster and bluster. Get rid of Michael Madigan!

Maybe the Constitution of the United States of America offers us a sufficiently better form of governance than Illinois’ and will protect the nation from being plundered. The optimist in me tells me it will, but it will not be without continued and concerted efforts of the individual members of our society.

The Constitution does protect American citizens, but enforcement is the key element to ensure that the rights and privileges of Americans remain protected at all costs.

In Illinois, there is a clear constitution, yet the powers that run the Land of Lincoln are running into the ground, putting patronage ahead of people, and money ahead of the million and a half residents of the state. 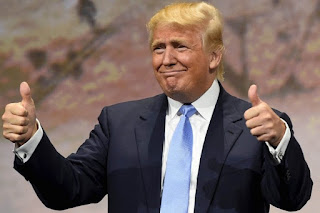 Let's not forget that the most racist, corrupt President in the nation's history came out of Illinois: Barack Obama, and that one of the former governors, Rod Blagojevich, tried to sell Obama's senate seat in a vain effort to secure more power for himself.


— Del Bloem, Inverness
Posted by Arthur Christopher Schaper at 10:09 AM