Peter De Fazio, Congressman for Southwestern Oregon, is now another potential target for Republican efforts. Kurt Schrader in District 5 also barely held onto his seat in 2016, too.

For now, though, De Fazio is getting a little worried about his seat.

His district now has an EVEN ranking, since President Trump nearly won the district versus Hillary Clinton by 200 votes!

Check out the results of the Presidential turnout below: 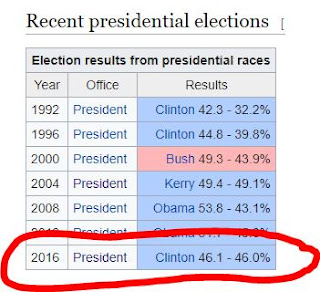 Really close, but does it justify Republican attention for 2018?

Anything is possible, but for the last four elections, one Republican candidate has run and failed to unseat DeFazio.

The incumbent has also moved right and more populist on key issues to ensure that he carries parts of the Trump agenda, even while staying away from Trump himself and attacking him at length on the floor of the House. 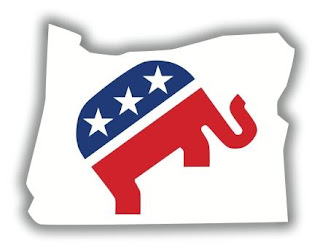 DeFazio is feeling a little more of the heat, however, informing his supporters that the GOP pressure is coming for him:


We shall see what kind of grassroots energy will exist to let DeFazio to keep his seat.

Left-wing Democrats in the district are not going to like that he supported Kate's Law to go after illegal aliens and sanctuary cities.

Then he slammed the GOP Tax Reform bill with the same hollow, left-wing talking points:


Does this guy even believe his own rhetoric? Where will all the money come from for the infrastructure bill next year? The rising tax revenue coffers which will follow from more spending, more investment, more tax revenue. Tax cuts lift all boats and ensure adequate funding for government projects as needed. Will Democrats jump on board and assist with helping the nation's roads, bridges, pathways, and workways?

Either way, DeFazio has got to go!
Posted by Arthur Christopher Schaper at 12:29 PM