San Ysidro, Calif.— A U.S. Border Patrol agent was knocked off his All-Terrain Vehicle (ATV) and subsequently hospitalized after being struck with a large rock Saturday night.
On December 30, 2017, at approximately 8:40 P.M., in what was a very busy night for Border Patrol agents, an unprovoked, unknown assailant hurled a dodge ball sized rock from the Mexican side of the border striking a Border Patrol agent patrolling the border on an ATV. The rock struck the agent in the chest and caused the agent to fall from his moving ATV. The agent was traveling at a speed slightly above 20mph when he was struck. The ATV flipped over and landed on top of the agent. The agent was able to push the ATV off of himself, but had to await back-up to extract himself from the rocking assault.
Back-up arrived shortly thereafter.  Responding agents deployed non-impact crowd dispersal munitions to disperse suspected rock throwers and extract the agent from the volatile scene. It is suspected that the crowd of people south of the border fence had just made an unsuccessful attempt at illegally entering the United States. Mexican law enforcement authorities were also contacted and aided in dispersing the crowd. 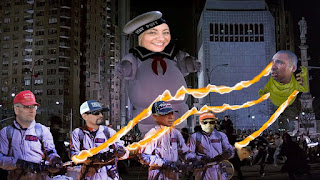 After Border Patrol agents moved the injured agent to a safe location, Emergency Medical Services (EMS) treated him for difficulty breathing, dizziness and what appeared to be broken ribs. EMS then transported the agent to a nearby hospital.
The agent was held overnight for observation and released late on Sunday morning from the hospital with severe chest contusions. The agent has been placed on administrative leave pending recovery from his injuries.
Federal authorities are working diligently with their counterparts in Mexico to locate the assailant who is still at large.

In the last 24 hours, in the area of the assault alone, approximately seven breaches were made to U.S. border security infrastructure and more than 100 arrests were made by Border Patrol agents.

“This is an all too common occurrence.” said Chief Patrol Agent Rodney Scott. “In Fiscal Year 2017, San Diego Sector Border Patrol agents were assaulted 83 times in the performance of their duties.  52 times in Fiscal Year 2016.  The safety and well-being of our agents remains our top priority, and we will work diligently with our law enforcement partners to bring the assailant to justice.”
To prevent the illicit smuggling of humans, drugs, and other contraband, the U.S. Border Patrol maintains a high level of vigilance on corridors of egress away from our Nation’s borders.  To report suspicious activity to the U.S. Border Patrol, contact San Diego Sector at (619) 498-9900.
- CBP –

U.S. Customs and Border Protection (CBP) is the unified border agency within the Department of Homeland Security charged with the management, control, and protection of our Nation's borders at and between the official ports of entry.  CBP is charged with keeping dangerous people and capabilities out of the country while enforcing hundreds of U.S. laws. SDSB Comment:  Thank the GOP-led Congress for another violent assault on our Border agents.  This time in the San Ysidro area of San Diego.  This agent was very lucky he wasn’t killed by the dodgeball size rock thrown at him by a likely Mexican smuggler or illegal alien.   For nearly a whole year, Congress has been dragging their feet and outright blocking funding for the secure border wall / fence and the hiring of 5,000 new and badly needed Border Patrol Agents.  These were President Trump’s top campaign promises that the people overwhelmingly voted for in Nov. 2016, but Mitch McConnell and Paul Ryan don’t work for us average Americans and have been successful at blocking all of Trump’s border security measures, while demanding full amnesty for millions of “young” illegal aliens.  With RINOs like them running the GOP, who needs Democrats??

The D.C. Swamp Monsters in both parties desperately want our southern border to stay wide open for the flow of “cheap” labor and more ‘third-world Americans’, no matter how many innocent agents are injured or killed.

How much longer are We the People going to put up with this treason from our elected federal officials - leaving our Homeland unprotected and underprotected from these deadly foreign threats?   We must rise up and demand action now!