Election 2018: Is There Any Hope for Change in California?

One contact who has his ears to the ground better than anyone else I know had told me that Republicans should prepare to lose seats in the state assembly, although we won't have to worry about Congressional seats slipping out of our hands. 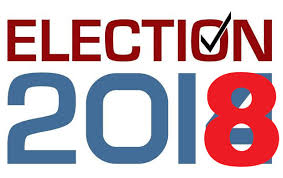 I am not sure what to think. The upswing of Republicans holding onto seats which they had been holding in different House seats was going our way in one special election after another. Then came Virginia and New Jersey, and the outcomes were not what I was expecting. The Alabama loss was somewhat disconcerting, too.

Then again, Doug Jones I believe will turn out to be a massive thorn in the side of the Democratic caucus in the US Senate.

But what about California for Election 2018?

We have a number of constitutional offices which are open seats, including the Governor's race. Will Republicans even have a chance of competing? I believe that there is a chance for us to have a Republican compete for state treasurer: John Chiang is running for governor, which means an open seat. Jack Guerrero of Cudahy is the only Republican I know of who is seeking that statewide office. Fiona Ma is the one Democrat competing for the seat, since Mike Gatto has suddenly dropped out (likely because of the #MeToo controversies).

But what about Governor? Travis Allen is the charged-up, conservative activist choice, but he has no money. One sources informed me that he was trying to raise $80,000, and he has only taken in about one-third that amount. The deadline is tonight. John Cox has lots of money, but some of these rich Republicans don't get it. Lots of money won't buy lots of love. It's just that simple.

John Cox needs to go, along with Stasyi Barth, Laura Smith, and other Republicans who are running only because they want to. The purity tests are not a winning gamble. I want Travis Allen for Governor. He has a record of accomplishment, and a dedicated interest in fighting for Californians. He does stuff! 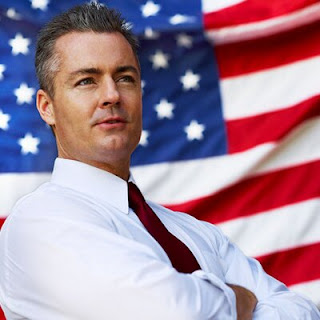 Not sure what to think at this point, though. We have this terrible Top-Two program, which may force Democrats to spend huge amounts of money against each other, but the same animus of them against each other has not assured that competitive Republicans can win state senate or state assembly seats.

Then there came the #MeToo scandals.

Democrats are resigning right and left in the state assembly. We are all waiting for Tony Mendoza in the state senate to take off, too. The Democrats no longer have a supermajority, but it would he nice if these Democrats were losing seats because Republicans were winning them.

We are not there yet. Is it possible for Republicans to hold onto the seats they have and win a few more? Not sure what to think ... If Trump voters feel motivated enough in this state, anything can happen. But Democrats across the country are furious. They want to stop Trump at all costs, and they will do everything they can to smear Republicans in California with the Trump card. Al Muratsuchi did it to David Hadley, and Hadley made the decision to reject Trump and Hillary Clinton. The more that I think about it, the more I believe that that was indeed a mistake. It certainly killed Hadley's short-lived and abortive bid for Governor earlier this year.

Republicans need to get a backbone, pay tacit praise to Trump, but hit hard on the Trump issues:

What about the other constitutional offices? I don't have high hopes for the US Senate race. Dianne Feinstein is running again, and she will be the top vote-getter, likely to have Kevin De Leon trailing right behind her. What a disaster for the state of California,to have to choose between two liberal loonies. I am supporting Jazmina Saavedra right now, though, because she is an outspoken Trump supporter and goes to events throughout Los Angeles County. Does she have a chance? Does she even have money?

I am so disgusted with the state party choosing to stand with the Top Two debacle. I can only hope that Tom Palzer's initiative will give us a chance to undo the damage of that terrible initiative. I hate to admit it, but even I had voted for it! At the last CAGOP Convention, I voted for a resolution to condemn the Top Two and demand its repeal. What a disaster. 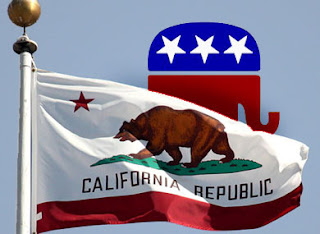 The losers have all the money, and they would rather keep losing on their terms. Sad. Democrats are stealing from working Californians, and it doesn't look as though any of the candidates want to get anyone angry enough to do something about it. More pro-economic freedom, pro-liberty voters are fleeing the state, and instead more third-world peasant-like immigrants and illegal aliens are overwhelming our state. What can stop this?

It's time for conservative activists to play hardball, and it's time to ensure that all the tag-along Republican candidates for statewide office give up their aspirations and line up behind one Republican. If we can do that, then there is hope.
Posted by Arthur Christopher Schaper at 11:09 AM