Fame Isn't Worth Much

One of the things I've discovered about the whole Donald Trump, conservative activist movement is that there have been some fake people. There have been infiltrators, and there have been selfish people who are just looking to make a name for themselves. Their biggest interest is to make money. Ther are also people who are looking for a lot of Fame. They think that whatever they lack in terms of self-esteem, all of it will be made up when they see their name in lights, or when people come up to them on the street and thank them for doing something.

My first experience on television, I was a guest on the Hot Seat with Wally George. This was in 2003, about five months before he died. I wasn't necessarily a guest who was trolled and shamed by Wally George, the way he would go after the guests on his show. He was combat TV all La Jerry Springer before it was popular. I went on the show because I was a writer for the local conservative paper—the one and only, in fact—at UC Irvine. Here's his obituary from 2003.

Fame has little to know bearing on one's afterlife, does it?

Wally George had written books, he had sold record albums, he had starred and co-starred on TV shows. He also had been through 3 divorces, he had an older daughter from whom he was estranged, and he had a young daughter as well from his third marriage. In his autobiography, he got in a car accident. His ribs were broken, but he survived because he was not wearing his safety belt. He got home safely enough, but for all the fame that he enjoyed, he lamented how he couldn't even pay the bills. In fact, he declared bankruptcy about ten years before his death.

It was right then that I learned how hollow fame really could be. I had interviewed him for the article I had written about him, and it was pretty sad what a washed-up has-been he had become. People might know your name, they might know your fame, and they might be grateful for things that you said or done, but the at the end of it all it really doesn't have any value. What you do, and what you're able to build on makes all the difference. A doctor who heals lives deserves more fame, yet his relative obscurity in the public eye ensures that he can provide excellent care in peace.

I was thinking about this issue when it comes to fame watching a rerun of The Late Show with Johnny Carson. The guest was Richard Pryor. Looking over this man's personal life just makes you weep. It's no surprise that many of his comedic colleagues pointed out that he found that fine line between comedy and tragedy. Richard Pryor was able to make others laugh, but I doubt he ever had a joyful moment in his own life. This man suffer from multiple injuries, from his parents when he was a child, and from himself when he was older. He was saddled with multiple sclerosis, and ultimately died. 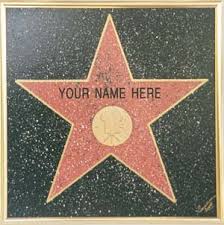 What's the point of fame if you don't have peace? What's the point of fame if you feel that you are all alone in the world? Michael Jackson was the most famous musical Entertainer in the world. He won more Grammys than he can hold in his two arms. Yet even he would lament that he was the loneliest person in the world. And then of course there were the repeated charges of pedophilia, child abuse, and other crimes from which he barely got away with (?), and only because he died of cardiac arrest.

Now I think of Donald Trump. This man had a lot of fame, but he has become unjustly Infamous because of a corrupt press. What makes Donald Trump stand out today? His service to the country, what he offers to this country. He has come through on many promises, capturing the frustration and anger which many voters have expressed and exuded election after election. What makes Donald Trump special is not just that he's famous, but that the fame he created, he induced by manipulating a corrupt media to ensure that all of us would enjoy an America made great again. 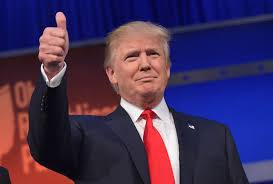 Fame is kind of meaningless, really. It’s not an end in itself, but rather the after-effect of something you have done or said. It would be good for people like President Trump and want to make a difference to remember that. It’s not about who you are, but about what you choose. I am glad to have learned this lesson. Fame is not really important, and its benefits are negligible if not intangible and transient to begin with.
Posted by Arthur Christopher Schaper at 11:27 PM