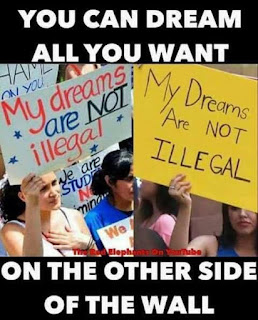 He wants the young illegal aliens--who actually are no longer children to begin with--to be able to stay in the country freely without fear of deportation.

He actually tweeted this on his feed:


Both Twitter and Square stand with Dreamers in support of DACA https://t.co/2yH6yFuBlx
— jack (@jack) November 1, 2017


Yet the Twitter-verse is exploding as more people show their disdain and opposition to open borders, amnesty, and more mass migration.

Working Americans want to express their views, but they will not be bullied into throwing their country under the bus in order to please the social media sovereigns who want the world to operate as they see fit.

What a strange phenomenon we are seeing in the new media. Even though the corporate liberals have made the structure and software for social media, they are facing a grim reality that these products and services are entering the public domain and into our hands. 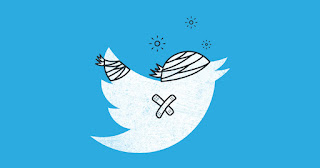 We are not going to tolerate the borders of our country to be undermined just because of high-minded virtue signaling from Silicon Valley.

Men and women in this country simply will not tolerate it.

Posted by Arthur Christopher Schaper at 11:26 AM