UPDATE: Sanctuary City Has Me Arrested, Refuses to File With DA, Sends Multiple Notices to Appear

The city of Huntington Park disregards the rule of law. They do not honor our immigration laws, and the city council routinely hands out taxpayer dollars and contracts to political friends and cronies at the expense of the taxpaying citizens. 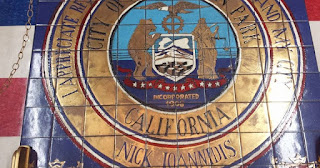 City residents have declared on record their frustration with the Huntington Park police department. At one city council meeting, two people told the city council that they had been unjustly arrested and fined for crimes that they did not commit.

Why does that sound familiary?

Oh, yeah, that's right--I was arrested in Huntington Park for doing ... what exactly?

Doing nothing wrong, that's for sure.

Then Chief of Police Cosme Lozano suggested one ruling for me as out of order.

Then someone behind me lied, claiming that I had already been ruled out of order.

Outrageous! The city of Huntington Park has a nasty habit of throwing people out of meetings for no good reason, and this time I could not let the city just arbitrarily toss me out.

I didn't disrupt the meeting!

Check out the videos and see for yourself.


Here's the view from Robin Hvidston's camera through We the People Rising:


Here is my own video recording the event, even up to my arrest:

Even the left-wing No BS Media had their compilation of what happened to me:

One would think that the Huntington Park Police Department would go to great lengths to ensure my prosecution, right?

After all, they searched and took away my personal effects, they fingerprinted me and took my headshot.

They made me stay in a jail cell for two hours.

Then they released me with a citation: 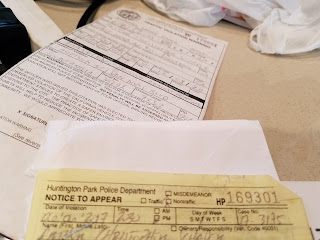 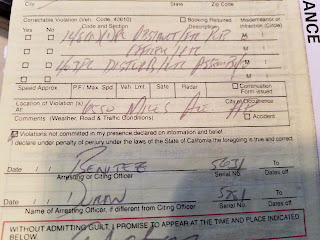 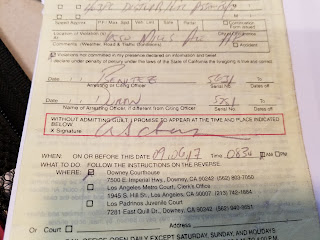 Notice at the bottom the Notice to Appear: 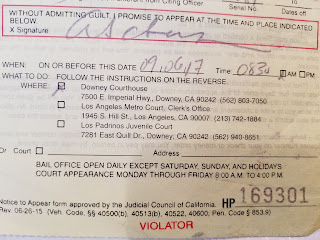 So, I did appear on September 6th, 2017, and my name was not listed on the criminal calendar:


I also obtained a certificate of appearance to prove that I went to court on the day scheduled: 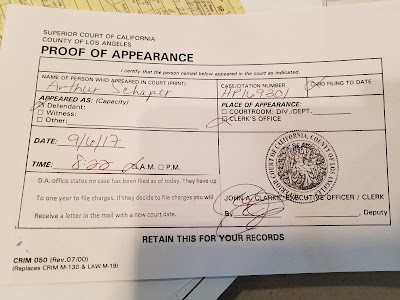 Then, guess what? I get an email from Lieutenant Patrick Kraut four hours after I went to the Downey Courthouse:

You can click on the image above to get a closer look.

Wow! Talk about rude and disrespectful! Not even four hours after appearing at the Downey Courthouse, I get this email telling me that the date for my court appearance has changed.

Here's the official proof of correction that was mailed to me: 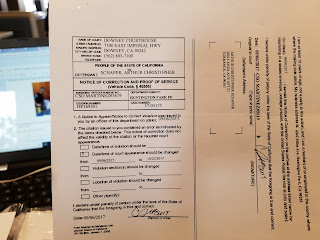 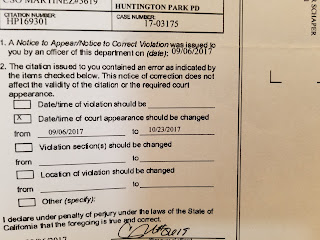 I was astounded that the Huntington Park police department couldn't bother to file anything with the District Attorney's office in the last three months. Would it really have taken them that long?

I confronted the Huntington Park Chief of Police about this matter.

Here's the response he gave me (really funny!):

Then I asked him a second time to explain, and he ran away from me again!

I also confronted the Sergeant who directly had me arrested:

Granting them (somewhat) the benefit of the doubt, I attended the next scheduled court date.

My name wasn't on the calendar AGAIN!

This is a joke! Shameful!

Here's my proof of appearance for October 23, too! 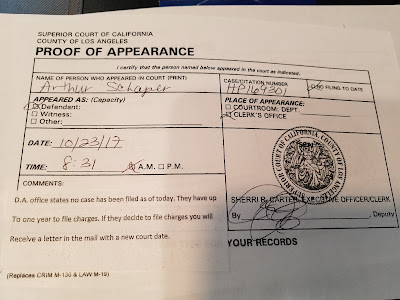 Then I get ANOTHER proof of correction and a different date for my notice to appear in Downey Courthouse, this time for December 4th! 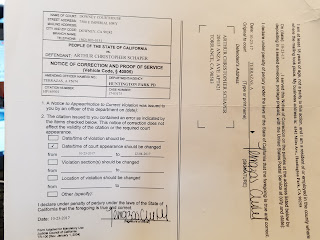 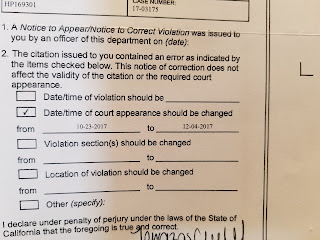 Then, wow, get this!

I get a further notice of correction from the Huntington Park Police Department: 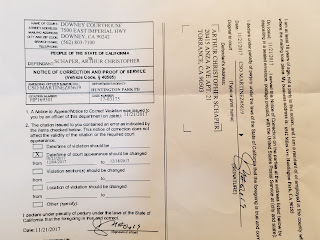 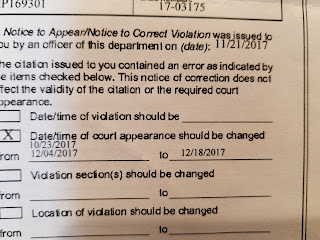 What is the matter with this corrupt city?

They have me arrested for no reason. They allow illegal aliens to sit on city commissions, too, and they let the police department run rampant.

Their code enforcement officers don't enforce the municipal codes. The trash company in the city does not pick up the trash in the city, either.

What are people paying taxes to the city for if they city is not ensuring that the basic necessities of the city get taken care of?

This is the lawlessness which engulfs sanctuary cities, and Huntington Park is about to get a hard dose of the rule of law very soon.

First, I filed a government claim against the city: 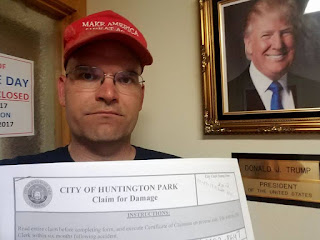 They rejected it, of course.

Now I am filing a lawsuit against the city: 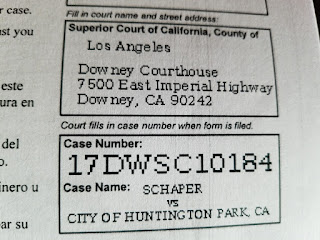 We have one rule of law in this country, and I refuse as a private citizen to tolerate the abuse and disregard of our nation's immigration laws and my constitutional rights. 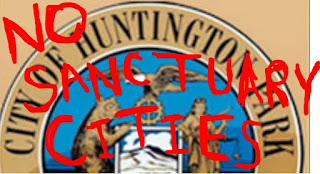 Here is all the information you need for the lawsuit against the city of Huntington Park: 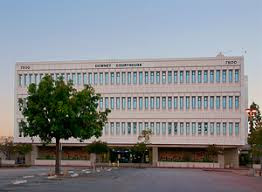 Posted by Arthur Christopher Schaper at 10:25 AM