Walter Riggs invited me to record and interview a new group of Christian activists on Saturday. It was a really busy day, November 18, from confronting a corrupt, apostate church to exposing the diminishing weakness of the RefuseFascism/Antifa movement, and then to go after the creeping encroachment of Islam into Southern California.

Bible Believers showed up along the steps of the Anaheim Hilton, blaring the truth about Islam and Christianity.

From the outset, I got some incredible footage of these Christian apologists, blasting the evil of Islam:

There can be no messing around regarding the truth of the Gospel and the falsehoods--many lies and distortions--of the Koran. 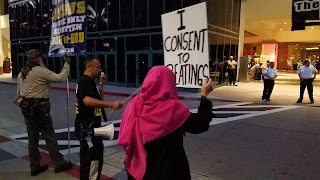 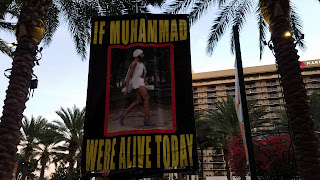 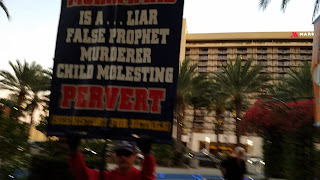 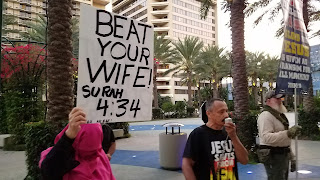 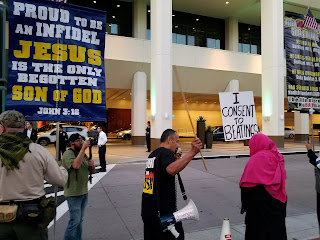 These activists don't hold back their disdain for Islam and their courage to proclaim the Gospel.

Nothing was going to hold me back from asking the tough questions to them, either!

This passerby had some interesting views, too, about Islam and what steps the United States should take to ensure our safety:

Within fifteen minutes of my showing up, an Interfaith group showed up to show their solidarity with the Muslism: 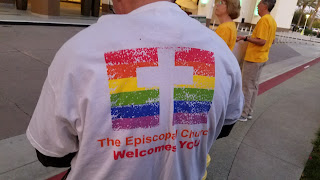 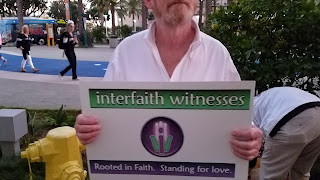 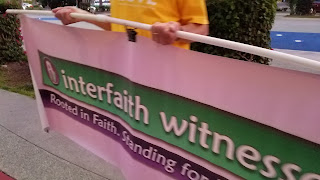 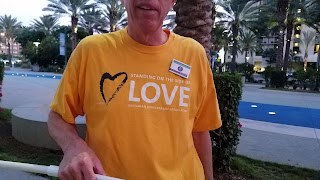 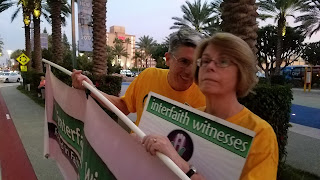 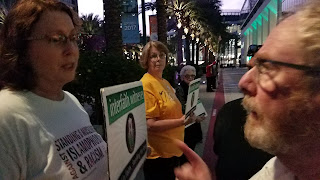 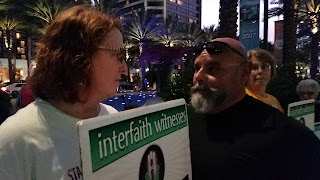 The delusion of these liberal, progressive "Christians" is astounding.

I decided to confront them with Scriptures from the Koran to see how they would respond:

No surprise, that they had nothing to say.

Would new people showing up at the event have something to say?

Ruben Israel of Bible Believers showed up and confronted them on their solidarity with a violent death cult.

I wish that more people had the courage to step up and speak out against Islam.

Not "Radical Islam" and not "Islamism", but Islam itself. The political correctness cult must die, and we Americans need to stand up to this radical political cult masquerading as a religion, called Islam.

Walter Riggs of Militant Christian Media invited me to record and comment on this event.

It was great to show up and work with a fellow believer in Christ to stand up to these ungodly hordes attacking our culture.

He wore a hat that evening detailing the courage that we need to muscle in our fight against evil and for good: 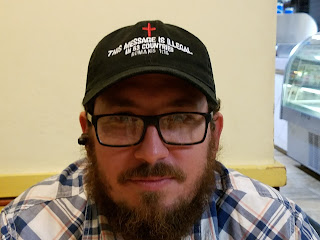 It is pretty disturbing to see how many of these "baby boomer" churches are abandoning the Gospel of Grace and embracing sin and death. They want to focus on inclusion and diversity, rather than truth and righteousness. All this cultural Marxism has ruined so many churches. When I told Walter that I had stopped going to little buildings on Sunday because of the lack of moral and Biblical truth, he assented and understood where I was coming from.

The Bible Believer protesters spoke boldly, refused to hold back their disgust with Islam. The dramatization of a woman wrapped up completely in pink, with one of the men lightly tapping her with a stick, brought the message home that Islam teaches abuse and degradation of women. The signs they carried could not have been less subtle, either.

This is the culture war, folks. This is the fight. It's time to abandon any sense of shame or fear and speak boldly about Christ Jesus, all that He is and does, and the gifts of righteousness and abundance of grace accorded to all who believe on Him!
Posted by Arthur Christopher Schaper at 4:46 PM