RPLAC Mismanages Money to the Hurt of the County Republican Party

Not only did they lose their overpaid and underwhelming Executive Director Jason Maruca.

Not only are they playing more crappy identity politics, as though appealing to voters based on token features like gender or ethnic background.

But now they are completely on life support, with no interest in raising money or helping to elect real Republicans to local, county, or even statewide office.

Check out this email that I received from reliable sources: 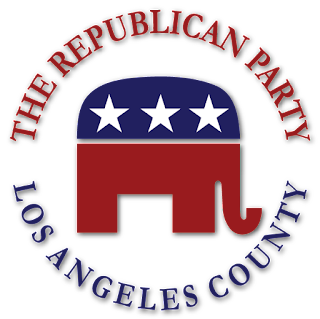 It’s something this past week to rise every morning and tune in to KPCC and listen to story after story in which they weep, wail and gnash their teeth over the defeat of Hillary Clinton by Donald Trump last year.

It is just so wonderful to know that we live in the heads of liberal loonies rent free every day. They can't stand the fact that their Anointed Swamp Queen melted and then drifted away with nothing to show for her hateful losses.

This morning was no different.  Except, this morning it was Donna Brazille hawking her newest book about her brief tenure as DNC Chair. What grabs me when I hear these stories is how completely and totally out of step many of the leaders in the DNC are with “Middle America”.  As many of you know, one of my favorite terms is “Situational Awareness”, or lack thereof.

Middle America is real America, not the desiccated coastal elites who have no idea what life is about, who swirl around from one cocktail party to the next with no idea what is happening. They have become the unjust, uncaring nobility, created by government fiat and living off of taxpayer dollars. They spend our money on their little hare-brained schemes, and the rest of us suffer the consequences.

How much longer do they really think that they are going to get away with their anti-American tirades?

Of course, how can we not notice that Donna Brazile is raising hell against Hillary Clinton and the rest of the corrupt Democratic National Committee. There is only one problem: Brazile is just as corrupt as the rest of them. After all, she was feeding questions to CNN and giving

Like Hillary Clinton, Donna Brazille and many on the left, RPLAC and those gnomes who have flogged RPLAC for free eats and drinks are not only lacking “Situational Awareness”.

The California Republican Party leaders have none of this. None. They don't realize how badly they are getting defeated, and they have really no interest in winning.

Recently, I was informed that Jason Maruca was terminated as the ED of RPLAC.  I was shocked when I was told that Maruca was compensated in excess of 5K a month for that position.

The useless executive director was drawing a $5,000 a month salary! For what? To answer phones and arrange Central Committee meetings, which turned out to be an epic waste of time. What a bunch of losers. Another question: where did all of this money come from?

Now, I’ve not seen the filings by RPLAC, but I can assure you that in my opinion I have zero, zip, nada idea what Maruca did to earn that 5K.

He did nothing. That's right: nothing. He couldn't even write decent emails.

To add insult to injury, I’ve been told that RPLAC recently decided to hire a young Latina to be the newest ED.  When I asked how they could afford that, I was told…”Oh she’ll be paid way less than Jason was paid.

Folks…Can any of you understand how RPLAC has now brought “The War on Women”…AND, in this case a minority woman, home to all of us?

So, they decide to pay the woman less money? How sexist is that? At least, that could be the perception from the local press. Of course, the media love to champion weak, liberal, RINOs since they ensure that more Democrats will get elected, or at least that they will continue to push the left-wing agenda bringing this state to its knees.

Since the loss of Charles Munger Jr.'s largess, RPLAC has been operating on life support.  Yet, they continue to pay “Andy Gimmekandy” in excess of 5K himself.  Recently I was told by an RPLAC “Official”…”Oh Andy runs the entire show”.

Andy Gharakani was not too happy to see me at the CAGOP Convention in October. He and other members of the Executive Board have plenty to answer for. Why are they wasting all of that money on executive directors who accomplish nothing?

It would appear to me that these so-called leaders in RPLAC would rather live on their knees,
than fight on their feet.

I don't want to live on my knees. There is too much opportunity, too much winning to take advantage of in the days to come, the years to come. Political options may be fleeting in California, but moral and legal victories are already on their way. When the state legislature thought they could force pregnancy clinics to inform patients about abortions, an appellate court struck down that unconstitutional law.

When LGBT Bigot Ricardo Lara wanted to shut down Christian colleges and bully them to give up their moral foundations, federal law intervened and made it very clear that the privacy of students and the rights of institutions to preach the Gospel Truth would remain protected and intact.

It's time for conservatives across the country to stand strong and demand real leadership from our central committees, from our elected officials, and from the men and women who claim to represent us in partisan efforts. These matters matter a great deal. We cannot continue to allow arrogant, unimportant elites to decide that they will sit back and do nothing while the state of California slides into serfdom. There are too many hard-working people in this state who want better for themselves.

Shame on the RPLAC Central Committee for Mismanaging campaign and donor dollars. Shame on them for ignoring the needs of every day citizens in the street who want to see California thrive, and who do not want to flee from their home state. Please, someone tell me when this rot will be cleared out for good!