The highlight of the Riverside Republican Assembly Meeting took place towards the end.

The candidates all lined up on stage for final comments.

All of them gave very generic statements on the #1 issue why they were running for office.

Not one of them mentioned the most important issue, an issue which President Trump hammered repeatedly on the campaign trail for President last year.

And I brought it up:


The #1 issue is illegal immigration!

A lot of people in the audience applauded my statement on that issue.

In fact, every one of the candidates spoke out on this contentious issue. That really lit a fire under the butts.

Andrew Kotyuk was the first to take up the challenge. As councilman on San Jacinto City Council, he wanted to issue two resolutions against DACA and sanctuary city policies. I was really impressed to hear about that.

Then others spoke out about immigration.

I was really impressed with some of the responses, especially from Aja Smith, who talked about the misuse of the 14th Amendment to benefit illegal aliens, when it was designed to ensure citizenship for black slaves an no one else. 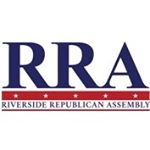 Smith also mentioned the slow creep of Sharia Law and her vocal opposition to it. Not to be ignored, Doug Shepherd stepped up and announced his stance on this issue. "I support the President's agenda. I support the wall." I was really impressed that he stood his ground on fighting terrorism ... when he spoke to adherents at a mosque in Riverside. "Are you willing to denounce terrorism" he asked to the members of the mosque. Incredible!

The candidates got really fired up!

Smith had her views on the subject, and she wanted more than just a wall along the southern border.

Doug Shepherd told me that it was a good question or a good point, too.
Posted by Arthur Christopher Schaper at 8:37 PM