Lorena Gonzalez of San Diego is part of the #MeToo War on Women in Sacramento. 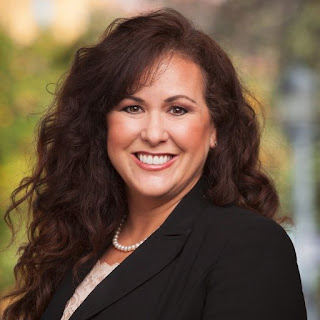 She needs to go. She is too busy pushing regressive leftist policies which endanger women and children in the state capital.

She is bringing down the quality of life in California while raising the costs of living.

This is just awful.

And then she celebrates the boys in the state legislature acting up, getting drunk, involved in all kinds of disreputable behavior.

Here's the article about this Tweet before it was deleted. 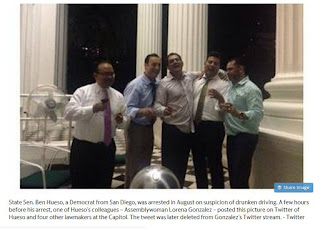 There you see some of the male legislators getting drunk, living it up on taxpayer time and money.

One of the legislators in the photo was Senator Ben Hueso, who got arrested a few hours later for DUI.

What happened to #MeToo, Lorena?

Who knows what other kinds of bad behavior Gonzalez has been covering up?
Posted by Arthur Christopher Schaper at 10:37 PM