Hollywood Burns to the Ground: What Took So Long?

Since Hollywood is burning to the ground, why not start with a metaphor from a movie: Carrie. The title character is a shy girl, repeatedly picked on, but finally gets honored as prom queen. She ends up the butt of another cruel prank, when her creepy haters pouring pigs’ blood all over her. Little do they realize, however, that Carrie has telekinetic powers. In a massive rage she burns down the entire gym. 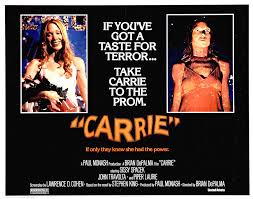 In a sense, the American public is like Carrie. We’ve been put down and shamed so much by the “Cool Kids” of Hollywood, but now we are setting Hollywood on fire.  Frankly, Hollywood has been getting away with way too much, like the catty mean girls who harassed Carrie, and we didn’t realize the power we had to stop them until recently. They have abused and bullied us long enough, certainly in disregarding then mocking family values and our Judeo-Christian culture, then ultimately panning on any kind of ethical standards.

The sexual immorality of this elitist cabal has been rolling out for decades, although it wasn’t always that way. Movie contracts insisted on morality clauses with their actors. They had to avoid scandal and shame in public and private, since perverse behavior would sink a movie’s box office receipts back in the 1940s and 50s. Then came the 1960s, and the sexual revolution. Katharine Hepburn and Spencer Tracy, the golden couple of Hollywood, lived openly in adultery, for example, and popular sentiment let them get away with it.

That should have never happened. Movies in that era and onward celebrated criminals and crime families, too (Bonnie and Clyde, The Godfather), and the ongoing decline in family values continued apace. How many lovers did Marlon Brando have? What about Jack Nicholson? He lived with Angela Huston for decades, but they never married. Then there’s Woody Allen, who has been dogged with allegations of rape and incest for decades, too. Lots of celebrities had disparaged it. 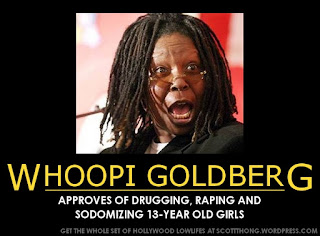 How about Roman Polanksi? Think about it, folks. This guy raped a 14-year old, and is still getting away with it! He flees to Europe, stays out of the hands of American authorities. The liberal media and the Hollywood/International Film Industry celebrate him with abandon and without remorse. Fast-forward to liberal loony Whoopi Goldberg on “The View”, and she excuses his evil crime: “It wasn’t rape-rape.” Someone please tell me how these incendiary remarks (as well as actions) have gone public and continued in the press without further incident? Why wasn’t Whoopi called to task for this?

The year 2002 was a distinct year fort liberal media/entertainment hypocrisy. The Pianist featured Adrian Brody winning an Academy Award, and Polanski won Best Director. However, he couldn’t accept it in Los Angeles, since he would end up behind bars—where he belongs. I don’t believe that people should be prevented from receiving recognition just because they have done something wrong. But for someone to continue receiving rewards without first paying the price for their wrongdoing—that is wrong! 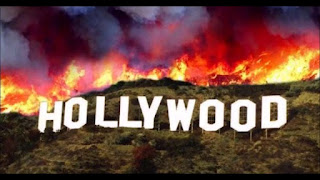 The same year, Michael Moore won an Academy Award for Bowling for Columbine. Numerous sources within weeks of the film’s release exposed that he had edited, distorted and outright lied throughout the movie—hardly a documentary. Two years later, the late Andrew Breitbart blasted Moore to Michael Wilson for his own documentary Michael Moore Hates America. By then, we began to witness a latent movement among conservatives and anti-establishment media to debunk the narrative of Hollywood’s pristine moral superiority. It still needs to sink in, though: The Academy of Arts and Sciences gave an Academy Award to this fraud, and no one did anything about it!
Hollywood elites reject family values, they skirt our criminal laws, and they lied to us and get awards for it! How much longer were they going to get away with this?

The dam has burst with the Weinstein exposures, sure. The serial abuser and sexual assaulter is going down. More actresses came forward. Actors spoke out, too. Kevin Spacey’s career us gone because he tried to go down on a minor when he was 26 years old. Incredible.

But still, what has taken so long, or rather why is it that Hollywood is now—only now—finally burning down to the ground?

1.       The large swath of arrogant liberals in Hollywood stood against Trump and with Crooked Hillary throughout Election 2016. For decades, they had presented themselves as counter-cultural, or ahead of the times. In 2005, while accepting an Academy Award for his role in another anti-Bush pick, George Clooney took pride in that Hollywood types like him did not fit in with the cultural times. The truth is that fewer people were watching Hollywood’s movies because we bitter clingers got tired of our views and values being shamed. Trump’s election and victory further marginalized Hollywood, showing the world how out-of-touch they are, and how out of patience we have become with their liberal, elitist condescension.

2.       The complicit media has been exposed for lying to us about the facts as well as shaming us about our values. The Trump campaign and now Presidency forced them to show their true colors, and this same media had been covering for corrupt, creepy Hollywood types, including Harvey Weinstein, Bill Cosby, and their ilk for years. 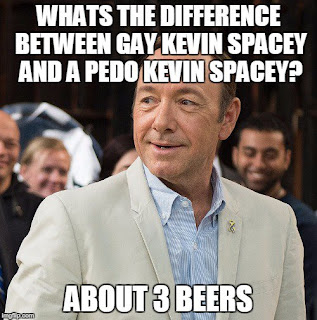 3.      The ascendancy of social media and the ease for independent films and journalists to publish their own content have undermined Hollywood’s dominance. They have pushed aside the monopoly of Big Hollywood and Big Media. Before the latest outrage over Spacey’s perversions, I had been staying away from the movie theater just because there’s so much great stuff on YouTube. Now it’s even easier to boycott Hollywood since there’s so much better and cheaper ways to be entertained and informed than the liberal cabal/brothel of Sunset Blvd and LA Times Square.

Hollywood is burning down because consumers have more choices. We can also create and consume news and media to our taste. Boycotting Hollywood has never been easier.
Posted by Arthur Christopher Schaper at 3:30 PM