The winning never ends, especially when LGBT bigots get all riled up because I speak the truth about issues.

The truth is that there are no sins which God's grace cannot overcome, and no sin which will keep man from being drawn out of death and brought into life. The problem, however, is that grace takes out of the power of sin and brings us into Jesus Himself, for He is our life (Colossians 3:4):

"For sin shall not have dominion over you: for ye are not under the law, but under grace." (Romans 6:14)

If we are under grace, the grace of God which causes us to reign in life (Romans 5:17), then we cease identifying with sin, and we do not find ourselves living as slaves to sin. 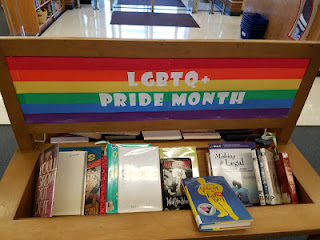 Consider that God makes us new creations in His Son:

"9Know ye not that the unrighteous shall not inherit the kingdom of God? Be not deceived: neither fornicators, nor idolaters, nor adulterers, nor effeminate, nor abusers of themselves with mankind, 10Nor thieves, nor covetous, nor drunkards, nor revilers, nor extortioners, shall inherit the kingdom of God. 11And such were some of you: but ye are washed, but ye are sanctified, but ye are justified in the name of the Lord Jesus, and by the Spirit of our God." (1 Corinthians 6:9-11)

We are not called to death, but to life. So, for any of the persuasion that we can live in Christ and also identify as homosexuals, bisexuals, etc--they do not understand the riches of God's grace, or they do not believe on Him at all. They are professors, but not possessors of God's grace through Jesus Christ.

All of this brings me to the latest rond of hatred against the true and strong stance for life, gender truth, and family: Unholy Bully Alvin McEwen.

Check out what he wrote on his blog Holy Bullies about me:

Arthur Christopher Schaper is not known to many, but those who do know him regard him as a nuisance. The Los Angeles Times calls him " . . .the Trump backer leading the resistance to the resistance in California"

The Los Angeles Times article was a clear hit piece, no one contends otherwise. I had to force the journalist covering me to backtrack on one report after another incident in Cudahy, CA.

Anyway, why is this guy going after me, if I am not that well-known to begin with? 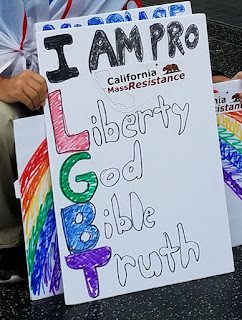 And that's not his only endeavor:

Schaper is involved with numerous right-wing groups, including MassResistance, an anti-LGBTQ organization that the Southern Poverty Law Center has labeled a hate group. He said financial support from MassResistance helps fund his activism.

Hence the video below of him showing the "outrageous" things a children's library is doing to celebrate LGBTQ Pride Month." This video was shot by Schaper in June can in fact be called outrageous but for its banality and basic stupidity. Come on, guy! Where's the beef?

What's the video that Alvin is getting all bullied about?

This one, that I took outside of the Wiseburn Library in Hawthorne, in which the librarian thought it was acceptable to celebrate homosexuality and transgenderism in a children's library!

Here is the video which triggered him:

Here's some information about Alvin: 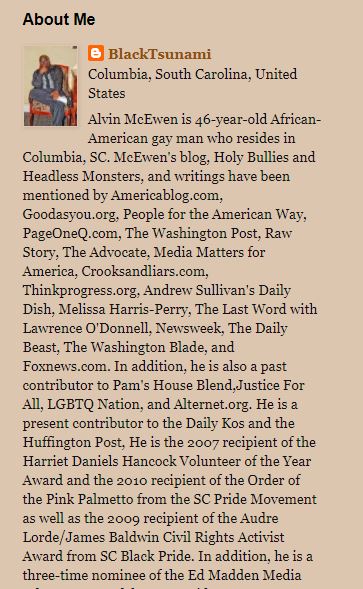 How does this man reconcile sexual perversions with God's Word?

I really want to know.
Posted by Arthur Christopher Schaper at 12:51 PM