Burn it Down: Pensions Crises in California, Only Getting Worse

I have remarked for the past two months that California may have to learn major financial lessons the hard way. Instead of voters electing responsible men and women to office, who will tackle the pensions, benefits, and other fiscal liabilities, the power of supply and demand will have to shut down entire cities and perhaps the entire state of California.

How many Detroits will California have to endure to ensure that the citizens of California recognize that money does not grow on trees, and that they cannot retire with more money than they had earned when they were working? Taxpaying homeowners and private business owners are not going to put up with these high costs. Why should a city manager get to retire on a six-figure annual pension, while the rest of us pay their bills, yet we struggle to pay our own?

This is untenable, and more businesses, homeowners, and local leaders are just pulling up stakes and leaving. The tax base leaves, more takers move into the larger cities, then local jurisdictions struggle to pay the bills.

Then comes bankruptcy, like Detroit, one of the largest metropolises in the country, then diminished into an uninhabitable ghetto. Socialism with the public sector unions, welfare recipients, and gangs hollowed out a once thriving city.

California cities are all headed for bankruptcy, too.

How many Detroits will there be in the next two years? 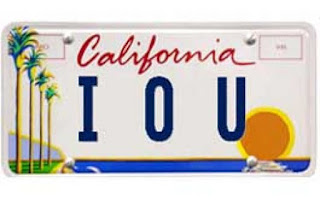 The Sacramento region’s largest local governments will see pension costs go up by an estimated 14 percent next fiscal year, starting a series of annual increases that many city officials say are “unsustainable” and will force service cuts or tax hikes.

No matter what claims appear in the newspaper, the California economy is not as strong as it could be. The taxes, fees, the public sector costs pushed onto working Californians has driven costs so high. The pork and the handouts given to public sector employees is unconscionable.

The increases come after CalPERS in December reduced the expected rate of return from investments, forcing local governments and other participants in the state’s retirement plan to pay more to cover the cost of pensions.

Now why are there reduces rates of return? In part because the state legislature insists on pulling out pension investments from coal, from firearms manufacturers, and other successful enterprises which do not mesh with the progressive values and worldview of California lawmakers.

Responding to widespread concerns from local government officials, CalPERS agreed to spread higher costs over eight years. That means cities will see rate hikes each year that are similar to this year’s, assuming that the fund’s investments make 7 percent annually under the new expected rate of return.

That rate of return is a unicorn farting classical musical and belching rainbows. Not going to happen. The cities will find themselves having to shore up larger pension costs every year. What is going to happen to public services in these cash-strapped cities? They will cut the essential services, and then watch crime rates increase, property values decrease, and with it the revenue to pay back the exorbitant pension costs.

Expect more federal judges to step into these messes and start rewriting the public sector union contracts. Look forward to more retirees wondering how they will get through every month when more than half of their monthly pensions are cut.

Leyne Milstein, the city of Sacramento’s finance director, said the city’s pension costs will double in seven years. While city revenues have also increased in recent years, thanks in part to a strong real-estate market, they have not increased as much as pension costs in actual dollars.

That real estate market is going to expand then burst, just as it did in 2008 and 2009. The real estate skyrocketing market cannot last forever, especially with lawmakers toying with Prop 13, whether to push a split-roll or allow for more takings.

“We don’t know how we’re going to operate,” said Oroville’s finance director, Ruth Wright, who suggested that a doubling of pension costs in five years could force the city into the nuclear option. “We’ve been saying the bankruptcy word.”

BAM! Expect bankruptcy to be on the mouths of many locally elected officials in the next few years.

The League of California Cities and officials from several cities wanted CalPERS to consider funding options besides raising employer rates. They spoke last month in favor of a proposal by a Republican state lawmaker to have the retirement fund study the possibility of temporarily suspending cost-of-living adjustments for pensioners and look at moving current workers and retirees into less generous plans that agencies started offering in 2013.

Either the state officials and employees act like adults and make the cuts themselves, or the laws of supply and demand will impose massive cuts. They are not going to get everything that was promised to then. It's just plain unsustainable.


The CalPERS finance and administration committee declined to vote on the proposals, after a majority of committee members made it clear they would not support them. 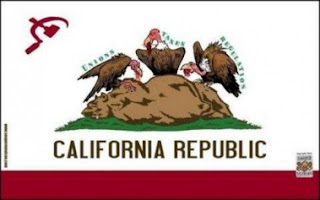 Sometimes, it has to get worse before it gets better.

I think of the verse in the Book of Isaiah, Chapter 6:


11Then said I, Lord, how long? And he answered, Until the cities be wasted without inhabitant, and the houses without man, and the land be utterly desolate,
12And the LORD have removed men far away, and there be a great forsaking in the midst of the land.
13But yet in it shall be a tenth, and it shall return, and shall be eaten: as a teil tree, and as an oak, whose substance is in them, when they cast their leaves: so the holy seed shall be the substance thereof.

That just might be what it takes for California voters to stop sending the send corrupt lawmakers who promise their constituents everything, only to line their own pockets while robbing law-abiding, tax-paying citizens.
Posted by Arthur Christopher Schaper at 1:51 PM