If Shinseki Resigns, Everyone Else Has To Go, Too!

The uproar over the poor (even fatal!) treatment of our veterans is beyond unconscionable.

US Secretary of Veterans Affairs Eric Shinseki must go.

Still, in spite of the mounting pressure for the Secretary of Veterans Affairs to resign, the Obama Administration is stalling.

If Shinseki steps down because of the egregious incompetence of the VA, then there will be no reason not to demand the resignation of other executive leaders in the Obama Administration.

If Shinseki resigns, then Attorney General Eric Holder should not be far behind.

﻿﻿From Operation Fast and Furious to the IRS abuses which targeted conservatives, Holder needs to be held accountable for his lack of leadership or diligence in investigating these matters. Following reports that the Department of Justice seized the phone records of  AP reporters, Holder should resign on the spot.

What about Secretary of Homeland Security Jeh Johnson?

She has overseen a complete failure of border security during her tenure. Despite the claims that the Obama Administration had deported more illegal immigrants than all other Presidents combined from Eisenhower to George W. Bush, he has unilaterally rewritten or ignored the basic laws of immigration enforcement. Releasing thousands of illegal immigrant criminal defenders back onto the streets, refusing to enforce the rule of law for illegal immigrants under the age of 30 with no other criminal record, and routinely pressuring leaders in Congress despite the will of the American people, Napolitano has no business serving any longer.

For the better interests of our home land's security, Johnson has to go.

Secretary of State John Kerry has spoken ahead of the administration, to a fault. He suggested that Israel risked becoming an apartheid state if the two-state peace-process failed.

That statement alone should have forced Kerry to tender his resignation. 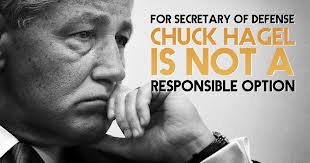 Then there's Secretary of Defense Chuck Hagel, an underwhelming leader who is supervising the massive and pitiful withdrawal of American military power from the Middle East, but not for the better. From his terrible answers before the US Senate Armed Forces Committee to the aggravated infusion of alternative social policy into the American military, to the rising number of sexual assaults which military personnel have endured, Hagel has been one bagel of a Defense Secretary. He should resign along with Shinseki.

Secretary of Energy Ernest Moniz must step down, too. Making no effort to transform Obama's resistance to the Keystone Pipeline into anything viable, with a set of policies aimed toward the failed green tech lobby instead of promoting oil exploration and energy independence, Moniz is the face of the President's failed energy policy. He has to go.
﻿﻿
At least Secretary of Health and Human Services Kathleen Sibelius has already resigned. She should be in jail for running one of the most inept and corrupt government expansions in modern US History. She was dragged through one committee hearing after another in the House of Representatives, and she had to endure explaining to Congressmen why the healthcare.gov website failed. Thankfully, she is gone, but she should not be forgotten for the terrible legacy which Obamacare has left to this country.

With Shinseki's resignation, the first thread will unravel the rest of the perverted Obama patchwork.

The final cord to get take away? -- President Obama in 2015. From the wasteful, corrupted Stimulus to Fast and Furious, to Obamacare, the IRS Scandals, the EPA affronts, the attacks on AP reporters, the invasions of the NSA into our private lives, the CIA snooping on US Senators, the loss of four diplomats in Benghazi, the endless and illegal executive orders, and now the needless suffering (and heedless deaths) of American veterans in VA's across the country, President Obama has no right to remain in office.

No wonder the President is doing everything he can to avoid forcing Shinseki to resign.