I have been receiving at least two to three emails a day from the Doug Jones campaign.

He is running as the Democratic candidate against Judge Roy Moore in Alabama.

After the past week, with the salacious, malicious, and ultimately false allegations of sexual improprieties against minors, one would think that Democrat Doug Jones would go out of his way to exploit these media-hyped lies. 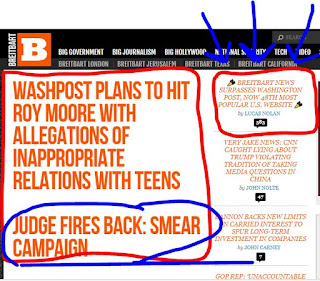 Yet for the last week, there has been nothing from the Doug Jones campaign about these allegations.

In fact, the eblasts still have the corrupted code.

They are still poorly formatted, too. What is going on with this campaign?

Has he raised any money? Does he intend to win, at all?!

For me, the fact that Jones has refused to report or share anything about the sexual misconduct allegations all prove that there is nothing there.

In fact, Jones may find more blowback hurting him all the more.