Matthew Vitale is the famous college student from UC Riverside whose MAGA hat was stolen by a La Raza hater. 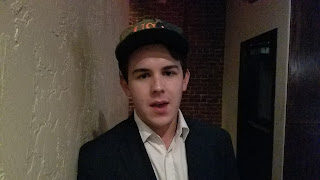 The lady who stole his hat walked all the way to the student affairs office on campus. She could not stop ranting and raving about how the hat was a symbol of genocide, white supremacy, etc.

Lo and Behold, he was a featured guest at the Riverside Republican Assembly meeting which I attended on Thursday.


He gave me some time so that I could interview him!

Check it out below: