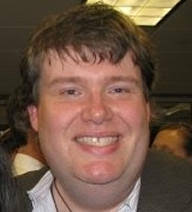 John Hawkins, a "professional blogger", contributes some of the most intriguing and engaging litanies in the majority of his columns for "Townhall.com".

President Obama never really had a job, no one would deny or qualify that, aside from his forays into community organizing and state machine politics in Illinois.

Indeed, the Black Community is still waiting for a real black President, one who will minister to their needs and not just their prejudices.


3) Can Mitt Romney Do for Mormons What JFK Did for Catholics?


It is surprising indeed that no one is playing up this "Mormon" angle about Romney. Perhaps neglecting this religious diversity helps the Massachusetts Governor more than it would hurt. The voters in this country have advanced past the place where they will permit religious prejudices to prevent them from electing a qualified candidate for higher office.


4) Experts Say Obama's Bizarre, Disconnected Behavior May Have Been Caused By His Strange Upbringing

This is an emphatic true statement which no one can deny. Romney is a real leader and servant, a man who has used his wealth to bless many people, and he should not be shamed for being wealthy for that reason.

6) Why is Barack Obama So Angry?

7) Mitt Romney and Paul Ryan: The Best Looking Combination Ever to Run for President?

We must get out of that pit of death and despair. I do not see any sense, no matter who becomes President next, for our troops to endure "friendly" fire from trained Afghanis.

9) Is Mitt Romney the Only Man Who Can Fix the Damage Done to America’s Economy Over the Last Four Years?

10) Solyndra Nation: How the Taxpayers are Being Pilfered to Pay Off Obama's Political Cronies

Solyndra has not gotten enough press. No question about it. Shame on the Mainstream Media for overlooking this extensive waste of tax dollars on "green energy".

11) Mitt Romney: Is He the Smartest Man Ever to Run for President?

He knows more about the economy, about business, about how to get things working right in a failing state.

They do, indeed -- or do they? George Will has argued that the current line from Romney, that this country should continue its engagement in the

14) Obama: Just Not Smart Enough to be President?

The truth is, he is too smart -- in League with the Ivy League which has informed a fantasy notion of the world, how it works, what it demands, and how people are expected to live and thrive without government assistance, which is not.

15) Should Obama Even Run for Reelection?

17) Gold Star Mom: Obama is Responsible for my Son’s Death

18) Obama's Libyan war: Would We Be There if There Were No Oil?

20) Activists Demand That Obama Be Brought Before War Crimes Tribunal

How about giving back that presumptuous Nobel Peace Prize?!

Yeah. . . .We have not heard too much about the rapid and remarkable recovery in the Gulf of Mexico following the BP offshore drill explosion, and the clean up, from start to finish, depended on private efforts for the most part -- another telling fact that the Mainstream Media will not report, either.

25) Economy Poised to Collapse Back Into Recession in 2013

28) Obama and Nixon: How Executive Orders Have Been Used To Cover Up Scandals

30) Man-on-the-Street Interviews: People Who’ve Been Jobless for a Year Weigh in on the President

31) The Pothead President: Does Having Obama in the White House Set a Good Example for America's Youth?

33) Barack Obama's Deficit Spending: Does It Mean the End of the American Dream?

34) Is Criticism of Mitt Romney Based on Hatred of Mormons?

36) Is Romney the Last, Best Hope of America's Middle Class?

Yup! Right down there with Jimmy Carter

39) Will Michelle Obama's Nagging About Vegetables Turn Off Voters?

The Mainstream Media has done more to harms its image than ever before, punishing any attempt to portray objectivity. Advocacy has taken over. These headlines declare than can be contained in soundbites or afterthoughts or prolonged commentaries.