We must never forget that the Black Lives Matter is at its core a homosexuality, cultural marxist movement of hate. 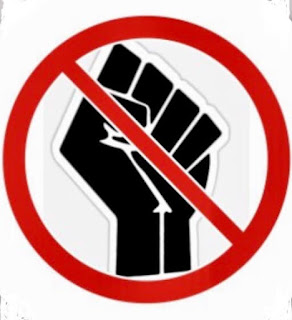 The Black Lives Matter movement announced their hateful opposition to the nuclear, read natural family. They also are so racist, as to believe that black people cannot form natural families.

And they are in lockstep with promoting the homosexualist movement, which is all about undermining the natural dimensions of society.

Consider the latest post from the Black Lives Matter movement:

This month and for eternity after that, Black Lives Matter Global Network Foundation celebrates the beauty of Pride and all of our LGBTQ+ fam.

To our LGBTQ+ fam: You are radiance, you are divine, you are life itself. Own it!

Every year, Pride month rolls around, and we celebrate the colorful beauty of our LGBTQ+ community. But we must not forget to also recognize the discrimination, hate, and violence our family continues to face today at the intersection of their identities -- and how the fight for LGBTQ+ equality goes in hand-in-hand with #DefundThePolice.

Pride began as an uprising against police in the early hours of June 28, 1969. Police in New York City violently raided the Stonewall Inn, a gay club that was a place of refuge for many queer Black and Brown folks. Police raids of gay spaces were common. But this time, fed up with the constant police violence against them, the patrons of Stonewall fought back in what came to be known as the historic Stonewall Uprising.

The language may have been different then, but the sentiment remains the same: #DefundThePolice.

This Pride month and beyond, we're dedicated to the fight for LGBTQ+ civil rights and equality. Because all Black Lives Matter.

In love and solidarity,

Note that PRIDE was the first "Defund the Police" movement, at least in principle.

It's noteworthy that for the last 50 some years, the LGBT militancy movement has been hiding this rugged, essential disregard for the rule of law and recognition of the rights of others. Of course, if anyone had been paying attention, most of the first LGBT clubs and organizations were communistic at their core, i.e. the Mattachine Society. Oscar Wilde wrote an essay "The Soul of Man Under Socialism", and so on. It's time for people to wake up and recognize that this assault on natural marriage, life, and family is simply another interation of Marxism/Communism moving in and bringing down the country.

A nation cannot survive on sodomy, and a country cannot continue on systemic bigotry.

Let's cut the comedy here. PRIDE is nothing to be proud of, and Black Lives Matter does not care about black lives. There is a pattern here, folks, and people need to start paying attention to it.

Posted by Arthur Christopher Schaper at 8:22 AM