Councilwoman Heidi Ashcraft has been on the Torrance city council for a number of years.

She was appointed in 2013 to fill in a term for Sue Rhilinger when she stepped down due to health concerns. 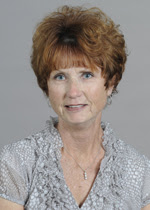 She was elected in her own right in 2014, the top vote getter in that year's election.

She declined to run for re-election in 2018, likely due to the unpleasant friction she endured with corrupt Mayor Pat Furey. I had even asked her to consider running for mayor, since a number of well-connected residents and activists think that Heidi is a tough lady, not afraid of a challenge, not afraid to stand on principle.

I was one of those people.

I had supported her second appointment to the Torrance City Council when Councilman Chen was re-elected in his own right to a district, compared to his election two years prior to an at-large seat on the city council.

Since then, sadly, I find her lack of resolve very disappointing.

1. She was A-OK with discussing whether the city should impose a local mask mandate, just as Hermosa Beach and Manhattan Beach had done.

2. I confronted her about the former police chief, Eve Berg (once again, so glad that she is gone), and she rebuffed me completely on this. How could anyone stand with a police chief like Eve Berg, who thought that it was acceptable to let Black Live Matter bigots take up city streets, right outside of city hall and in front of people's homes? There is no excuse for allowing such lawlessness to run rampant, both outside as well as inside city hall.

Now, there are growing concerns about other serious issues facing the city council, and "Hiding" Heidi is done MIA. For a lady who spoke out a number of times on key issues, including her push to get rid of corurpt Mayor Pat Furey's son Pat Jr. from the Traffic Commission some years ago, she has become all too quiet, reticent, missing in action.

Will she support a resolution of No Confidence in pro-criminal LA County District Attorney George Gascon? There is no excuse for her to say or do nothing. She has enjoyed the support of local law enforcement, and she received the backing of every other city councilmember when she was appointed a second time to the city council. If she can build bridges and she could speak her mind before, what is problem now?

There is no excuse for her to say nothing, to not support the Resolution of No Confidence in anti-law and order DA George Gascon.

What's more, there is no notice, no information on the horizon that she will ensure that the homeless stay off our streets with a well-placed anti-camping ordinance. We need the city council to step up and speak out in favor of the issues that residents care about. We don't need "Hiding Heidi" to stay hidden.

1. Support the Resolution of No Confidence against LA County DA George Gascon

2. Support the anti-camping ordinance to ensure that homeless do not come to Torrance to clutter up the streets and sidewalks.