Regarding the Homelessness Plans for the City of Torrance (June 22, 2021 Meeting)

To the Torrance City Council:

First of all, I share that it is very frustrating that the city dragged its feet for nearly two years to solve the homelessness problem in the city of Torrance, which has only grown increasingly worse. Manhattan Beach, CA addressed this problem very effectively three years ago. This kind of delay for necessary policy direct cannot become the norm in the city of Torrance. 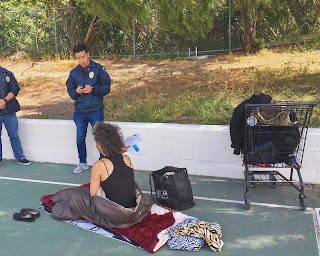 Based on the documents in Item 9C, overall homelessness in the City of Torrance increased from 79 to 322 people. This is unconscionable.
Regarding the three specific Administrative Agenda items:
9A: "Staff has recommended pursuing one of the two concepts that can be located entirely on City property, with the 34-space parking lot immediately adjacent to the Police Department as the preferred activation."
If this is the best location that the city can find, entirely within city property, thus removing the need to spend more funds to purchase property, then so be it. If a better lot, in an abandoned industrial location in the city, can be obtained, then that would be a better choice. 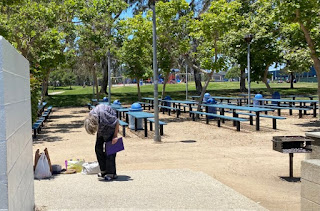 9B: I am glad to see that the anti-camping ordinance will preclude individuals from setting up tents in the park, as well as in other public locations throughout the city, including the beaches. In Wilson Park, over the last few months I have noticed a homeless person would routinely take up tables on the East side of the park, and this person would just leave a shopping cart full of bags. It was unsightly and disruptive. Thankfully, it appears that that person and the person's belongings have been removed.
Will this ordinance ensure that homeless individuals do not loiter in the public parks, as well, taking up multiple benches and tables with collected bags and other junk? This is still a possible problem that should be addressed and prevented.
9C: I am vocally opposed to any programs in connection with the South Bay City Council of Governments (SBCCOG). The last thing that any city needs is to form a further incestuous relationship with larger government agencies and bureaucracies. Frankly, the city of Torrance should exist the SBCCOG and retain our city funds for our own purposes. This is a terrible part of the plan which needs to be rejected outright. 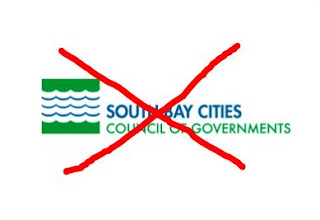 This passage alone shows that our tax dollars not helping our local purposes:
In 2020 - 21, Measure H funds were made available to Council of Governments (COGs), including the SBCCOG, which covers a number of cities in the region, including Torrance, as part of "Innovation Grants." The SBCCOG received $739,685. The City of Redondo Beach received $245,287, and the Torrance received $50,000 to support retention of an Outreach Worker. The remaining $444,398 was used by the SBCCOG for regional projects, including education and outreach, development of a home sharing program, and providing client aid funds.
The vast majority of the monies are going to "regional projects." This is outrageous!
I strongly suggest that the city of Torrance maintain the strongest relationship connections with the city of Manhattan Beach and continue to follow their example, to the extent that they have successfully dealt with this homelessness issue while retaining the quality of life and character of their community.
I notice that the PLAN TO PREVENT AND COMBAT HOMELESSNESS stresses an extensive amount of education. I do not see the relevance or use of training every city employee how to deal with homelessness. Perhaps the police and fire departments, but that's it.
Furthermore, a simple plan which identifies that for many people on the streets, they are there because of drug use/abuse or mental health issues. Will there be any enforcement mechanisms to require chronically homeless individuals to receive help, get sober, etc. so that they can get back to living fulfilling and productive lives? I did not see any provided or even considered in the plan.
Last of all, my concerns--and the concerns of a growing number of residents in the city--have only grown in regards to government agencies and bureaucracies viewing the homelessness problem as just another way to hire more employees and seek more government funding. Homelessness is not going to solved with massive interventions of government money and material provision. If the city of Torrance gets into the "business" of handing out goods, services etc. the city government jwill not resolve but rather increase the homeless problem.
The city of Torrance, at the very least, must send a clear message discouraging transients and chronic homeless from coming to the city, wandering our streets, disturbing the public and residential areas, and blocking the thoroughfare and commerce of residents and businesses in the city.  Six months ago, I dealt with a homeless individual who was either inebriated or mentally ill. He was walking westbound on Monterey Street five blocks away from the US Post Office. He had a bottle of some kind and threw it a parked car. One passerby, a mother with her child, was very alarmed by the violent behavior from the transient. She was relieved that I called the police. The transient then began wandering eastbound toward Crenshaw Blvd. The Torrance Police arrived, and they confronted the individual for a few minutes, then let him go.
As I have just related, I have directly encountered his homeless situation, specifically with a potentially violent altercation. Moreover, it has been quite alarming to see homeless taking up space in a number of the bus stop benches throughout the city and even on sidewalks in front of businesses along a number of strip malls throughout the city, too. This problem needs proper controls and enforcement protocols, not a bunch of trainings and overly-funded government junkets. There should be basic strategies in place to discourage transients, squatting, and increased movement of homeless into the city of Torrance, at the very least.
Last of all, I would advise disbanding the Social Services Commission and simply allow the professionals and well-established experts in dealing with homeless issues continue to take the lead on handling issues such as homelessness, as well as veterans issue and mental health concerns in the community. If after all their input and meetings, they have come up with mostly more paperwork and a few "toiletry giveaways", they have long outlived their usefulness.
Sincerely,