Letter to the Editor: Virginia Resident Sounds of on Election Results

Ed Gillespie has only himself and the VA GOP establishment to blame for his defeat. I knew that he and the entire GOP ticket were going down in flames, so I don't feel guilty for voting Libertarian despite all the crap I got from Gillespie supporters including yourself. At least the GOP swamp creatures in Richmond have gotten a nice kick in the balls since they lost over a dozen seats in the Virginia House of Delegates, and the Democrats may very well take control of that chamber because there will be recounts in several close races. However, the GOP still controls the State Senate, so they better not screw that up too! 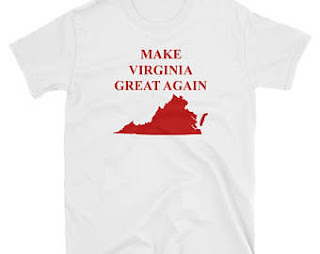 I'm glad we had a Libertarian candidate on the ballot, or else the major party candidates would not be talking about reforming our criminal justice system and ending the failed war on drugs. It's a shame that Ed Gillespie and Ralph Northam were united in refusing to debate their Libertarian opponent!

On the bright side, us Virginians may finally get a fair and non-partisan redistricting of our state legislative districts. (no thanks to the VA GOP and their gerrymandering)