Lord Baltimore Would Be a Republican in Maryland

Of course, the definition of tolerance required some adjustments, since the initial Act of Tolerance promulgated in the colony  was anything but, requiring that every resident of the colony believe in the Holy Trinity or be put to death. Fortunately, this legislative tyranny was never enforced, and ultimately many diverse persecuted minorities settled in Maryland and prospered there. At least in colonial times, the leaders responded to the concerns of the residents.

Fast forward nearly four centuries, and Lord Baltimore would find more persecuted like the Maryland Republican Party) in his cherished colony, except rather than fleeing the persecution, he would find another despotism, one-party Democratic dominance, which has reinstated the very tyranny which the beloved Lord had hoped to avoid and prevent. Nowadays, the Maryland Democratic supermajority lectures, the governor dictates, and freedoms are few and far between to be seen.

In the city named after him, rampant crime and corruption has turned a well-meant bastion of liberty into one unsafe neighborhood. In Rockville, supporters hosted the 25h annual event to remember victims of violent crime.  African-Americans in the Baltimore region face excessive incarceration rates, as well. There are cultural problems in Maryland, and more government has created anything but a Merry-Land.

As for the public schools, African-American youth still attend segregated schools, the inevitable result of forcing students to attend school in the same zip code instead of letting parents choose the school for their children. They are struggling to implement the federally adopted Common Core curriculum, which other states have already rejected or are contemplating the same. The legislature has moved to scrap statewide tests to accommodate the new standards, while parents and teachers in New York and Indiana are pushing back.

The un-democratic Democratic Party's hypermajority, now under the leadership of uber-liberal Democratic Governor Martin O'Malley, has aggressive pursued these and regressive-progressive policies, all of which have hurt businesses, discourage work and prosperity, while harming health care and inciting intra-fratricide division. 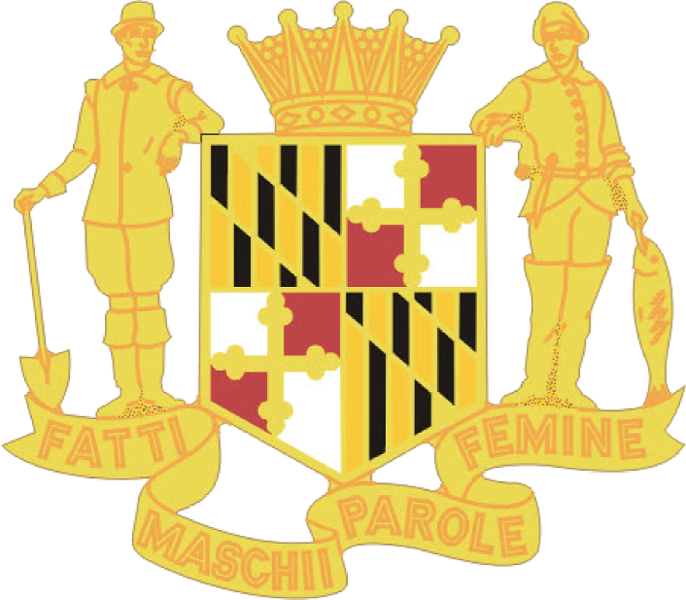 Baltimore, was also not afraid to announce his beliefs and defend them. As a failed political figure in England, however, Baltimore turned his eyes toward commercial success as well as religious liberty for himself and his fellow Catholics. In 1628, Baltimore founded the royal colony of Maryland, which he intended to be a haven for persecuted religious minorities, particularly Catholics.

For not conscionable reason, gun control was at the top of the Annapolis state legislative agenda last year, and vigorously debated this year. Marylanders came out in full force to resist this measure. Gun-control laws do not save lives or diminish violence, despite the frequent protestations of Democrats. Pro Second Amendment advocates are rising up all over the country, refusing to give up their God-given right to self-defense. Let us not forget that the American Revolution shot forth in part because of King George III's immoral attempt to confiscate the firearms of American colonists. Could another Revolution be bursting forth in the Old Line State, where residents are drawing the line against boundless big government?

Perhaps in at least four counties. Residents in Western Maryland are fed up with the distant, unaccountable, high-tax, high-spend, gun-control legislature in Annapolis, and they want out. Venting their complaints on CBS news, the residents of the three western-most counties complained that for all their appeals, and in spite of Governor O'Malley's affirmation that he listens, they see nothing but Democratic lawmakers and  arrogant big government making them smaller if nonexistent.
Are the concerns about taxation with representation in Maryland just? At least this blue state is cutting its estate tax, but why should any state punish people for dying in the first place?

And then there's the state health exchange, Maryland Health Connect, which has been an unmitigated disaster, for all of Governor O'Malley and his Democratic colleagues attempts to out-progress the Obama Administration. After spending $129 million on the prior and now failed technology, the government of Maryland is adopting Connecticut's technology, which will cost another $40-50 million more. How much of that funding could have gone toward improving schools, or fixing roads? How much of that money could have returned to the pockets of hard-working and struggling Marylanders trying to get by in a still anemic recovery? And now Maryland Congress Elijah Cummings (D, of course) is trying to stifle necessary investigations into President Obama's government incompetent, corruption, and malfeasance. Maryland residents need to shout #ImTiredOfThis.

Since the Democratic Party has dominated Maryland politics for decades, is anyone surprised that the state is doing so poorly? Now more than ever, persecuted minorities -- African-Americans, businessmen, individual taxpayers, health care professionals, and anyone who owns a gun -- should join together with another persecuted minority, the Maryland Republican Party, and take back Annapolis. When a state goes as far as to witness the suspension of a child for chewing a pop tart into a gun, it’s time for a power change, and for persecuted minorities to rise up, like Maryland's founder and former colonists.
Posted by Arthur Christopher Schaper at 8:07 PM