No Such Thing as Christian Anti-Semitism 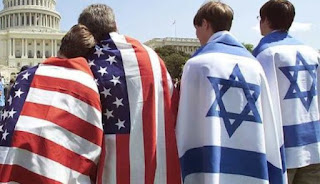 Dr. Michael Brown is a good friend of mine. He has been a long-time supporter of MassResistance, the pro-family organization I worked for for a number of a years. I have enjoyed joining his radio program from time-to-time as well. I really appreciate his outreach to Christians on all matters political, and I respect his support for the state of Israel as well as his Christian missionary outreach to Jews in the United States and around the world. 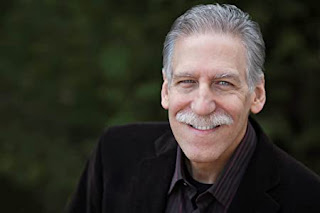 I must take exception, however, to the title of his latest article, in which he denounces “Christian Anti-Semitism.” With all due respect, there is no such thing. That’s like talking about Satanists for Christ, or Jews for Hitler. It makes no sense. There is religious anti-Semitism, certainly, but there is nothing Christian about Christians hating Jews or (justifiably) hating Israel. To his credit, Dr. Brown in his article was clearly denouncing the so-called “progressive” Christians of the so-called Uniting Presbyterian Church in Southern Africa. Still, the joining of “Christian” and “Anti-Semitism” is wrong.

This discussion is timely, for sure. Anti-Semitism is a catch-all smear used all too often against conservatives, when the Democratic Party has a long history of anti-Semitism (one that has barely abated, I might add). Furthermore, even some so-called nationalists and populists are embracing a total hatred of Israel and of Jews, as though support for Israel is anti-America First. It’s about time that we confronted this matter.

Again, I take exception with the title and the notion “Christian Anti-Semitism,” not with Brown’s criticism of the regressive church in South Africa that he was calling out. I must add that an estimable missionary movement, One For Israel Ministries, also talks about Christian Anti-Semitism, and I think that their use of that moniker is wrong, too. 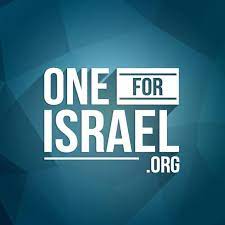 For starters, what does the Bible say about Christians and their calling in relationship to the Jews? Paul the Apostle writes to the Romans: “For I could wish that myself were accursed from Christ for my brethren, my kinsmen according to the flesh.” (Romans 9:3) He then writes: “Brethren, my heart's desire and prayer to God for Israel is, that they might be saved.” (Romans 10:1)

Wanting Jewish people to be saved does not quite square with “The Jews should get the hell out of Palestine” or “Jews are going to hell, and I don’t care” or “Jews control everything, and we must stop them.” You cannot be a Christian and hate Jews. It makes no sense, just as someone who lives under the grace of God would have no compunction to go out and live in sin (cf. Romans 6:11-14).

Of course, the common retort from some critics is “The Jews killed Christ.”

Was it just “the Jews”? True, the Israelite religious leaders during Jesus’ earthly ministry plotted to destroy Him, and they corrupted the legal process to rush through an immediate execution of our Lord and Savior. There are numerous passages testifying to this throughout the Gospels. But let’s not forget that it was Roman leaders and soldiers along with a crowd of Jews and Gentiles which rejected Jesus before He was crucified. At this point, it’s necessary for us to embrace a humbling spiritual truth. If everyone of us had been in that crowd that day, standing before Pilate and the beaten, bleeding Christ, we all would have shouted “Away with this man! Crucify Him!” And why? Isaiah declares it so: “He is despised and rejected of men; a man of sorrows, and acquainted with grief: and we hid as it were our faces from him; he was despised, and we esteemed him not.” (Isaiah 53:3)

Biblical Hebrew uses a number of words for “man”: adam, ish, enosh, gibbor, etc. In the Messianic verse above, “ish” is used in the passage “rejected of men.” There is no difference there among the different groups of men in the world. The verse does not discriminate between Jew and Gentile. Abandon this notion “Well, if I had been there, I would have called for His release!” No, you would not.

Some scholars distort Scriptures show that we should fear and oppose Jews. Here’s one example: “Then the same day at evening, being the first day of the week, when the doors were shut where the disciples were assembled for fear of the Jews, came Jesus and stood in the midst, and saith unto them, Peace be unto you.” (John 20:19).

When you read the Bible, don’t discard your reason. The disciples in the upper room were Jews themselves! Were they afraid of themselves, too? The context alone bears out that the disciples were afraid of the Jewish leaders, since they were the ones trying to suppress the Gospel.

Even in the Catholic Church, if one follows the old-school Latin rite of the traditional Good Friday liturgy, there is a recitation in which the congregants pray for the conversion of the Jews: “Oremus et pro perfidies Judaeis,” i.e. “Let us pray for the unbelieving Jews.” That is not anti-Semitism. Why would anyone pray for anyone else to believe if they have a hatred towards them?!

Consider once again that prayer in the traditional Latin Mass: “Let us pray for the Jews who don’t believe,” which implies that there are Jews who DO believe! Of course there were, and there are (Michael Brown, among hundreds of thousands, if not millions around the world)!  Christianity would not exist but for those believing Jews, starting with the apostles and their adherents, who spread the Good News. 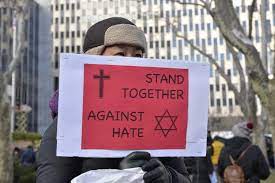