George's Story, or Why Homosexuals Are Victims 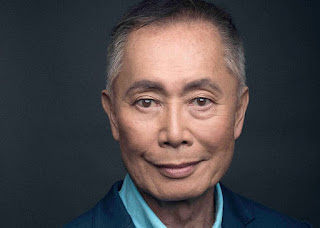 "I don’t believe homosexuality is a sin and I do believe for some people it’s natural."
I received this recent retort from an activist here in the United States. This person agrees with me on most of the issues that I have been fighting, whether it's illegal immigration, parental rights, opposition to health and safety mandates.
But I find on this one issue that I face frequent pushback. It's unfortunate, but I cannot hold any one individual in contempt or disdain because they do not agree with me. What is needed now more than ever is intellectual activism, i.e. to make the case in the most direct way possible to individuals so that they understand that these behaviors are inherently harmful, destructive, and that the normalization of these behaviors harms society in general, i.e. it's not enough to ignore it because "two consenting adults do something in private."
Why is it that people fall into homosexuality? Are they born that way? I have shared in multiple posts that the science and the research do not bear out the truth of this assertion.
Story after story confirms that people who engage in homosexuality had one (or more) of the following experiences, many times in childhood:
1. They were confused
2. Abused
3. Harmed
4. Neglected
5. Molested
I want to share one case in point: George Takei of Star Trek fame.
He came out about his homosexuality in 2005 first:

In 1966, George Takei, then 29, made TV history as an Asian-American actor in a leading role on a TV series, playing Lt. Hikaru Sulu on Star Trek. In October, Takei made history again by telling Los Angeles LGBT magazine Frontiers that he’s gay, in an interview about the East West Players stage production of Equus, in which he stars as psychiatrist Martin Dysart (through December 4).

You and your partner of 18 years, Brad Altman, have been out locally for years. Why did you come out now in the press?

I’ve been out for a long time—all my friends know; my partner, Brad, comes to fund-raising dinners with me. We’re recognized together [as donors to Japanese-American causes]. So we’ve been out in that respect in the Japanese-American community as well. I think it was more the political climate [that convinced me to speak to be out in the press at this time]. Society has been changing. Today gay teens are now feature stories in Time magazine—that generation thinks being gay is just a part of society. The world has changed dramatically. In my teenage days that was the most inconceivable thing. Because of the changes that are happening I see the potential for significant change—[the potential] that I might be able to contribute to the gay community as I have to the Japanese-American community and to the civil rights movement. Because of the changing public and political climate I think we need to get the numbers, and I can play a part in trying to bring some rationality to our society.

George Takei was politically active in many respects before his "coming out" about his sexual preferences. He had run for LA City Council in the 1970s, and before that he was invested in civil rights causes, specifically for reparations to Japanese-Americans deprived of their liberty and property during World War II.

Notice that he cloaks his sexual desires in the language of civil rights. Notice also that he positions himself as a champion for children.

However, how did George Takei become gay? We don't get information about his so-called sexual awakening until much later, during an interview on the Howard Stern show in 2006 (discretion advised):

Here's a transcript of the most damning parts of George Takei's testimony:
Howard Stern: George, where did you go to summer camp?
George Takei: Lake Arrowhead, in Southern California.
HS: How old were you at the time?
GT: I was 13 ... I was very young, and he was an older teenager, a camp counselor. He was about 18 or 19, and he was experienced. He was the counselor in my cabin.
Ponder these facts, no matter how glibly Takei is sharing them. He had his first sexual experience with an adult male. He was a minor!
HS: He could tell you were a gay man. Was it evident at 13?
GT: No, no, no it wasn't.
HS: Were you share at the point that you were gay?
GT: No, I was not sure.
HS: How did he seduce you?
GT: Well, he started touching me.
Here's the remainder of the key parts of the interview ...

Howard Stern: How were you alone? It’s summer camp.

George Takei: We were in the cabin.

Stern: And where were the other boys?

Takei: They were off hiking or something.

Stern: Do you think subconsciously you stayed behind because you wanted to be alone with him [the 19-year-old-camp counselor]?

Takei: No, there was some kind of reason why I had to be there.

Howard Stern had a guest host, Robin Quivers, and interjected questions, too:

Stern: And he sat down and he touched you… Were you molested in a sense, because you were 13?

Takei: No, no. Cause I was kind of, you know—well, I thought he was pretty attractive.

Quivers: And you wanted to know why you felt this way.

Quivers: Now wait a moment. He starts touching you how?

Stern: I don’t know if I need to hear all this.

Quivers: Does he put a hand on your knee? Or does he put his arm around your shoulder?

Takei: He puts his arm around my shoulders.

Takei: Then he started, you know, touching the private parts.

Robin Quivers: Ahh! Was he gazing into your eyes the whole time? Was he saying anything?

Takei: Oh, he was telling me about, you know, how life works.

Stern: And what did he do, did he perform oral sex on you?

Takei: It was a hand job.

Quivers: Was there kissing?

Stern: Who wants a hand job without kissing?

It may be disturbing to listen to George Takei make jokes, make light about his first molestation experience, but the truth must be told, and there should be no immediate condemation imposed on him for harm done to him as a child.
Takei may have stated that it was not molestation, but the truth is that yes, indeed, George Takei was molested by a camp counselor. This is horrific abuse that he endured as a kid, and this trauma set the stage for his homosexual inclinations throughout his life.
Some may counter that such an incident could not have cause this trauma, but I have spoken with many victims of child molestation, and they do attest and confirm that such harrowing, harmful experiences leave a life-long impact. No one has to be cowed or bowed down by these terrible circumstances (no one has to be a forever-victim), but these acts of molestation are indeed vile and must be confronted.
Remember also that Ryan Sorba discovered during his impromptu interviews with homosexuals at a San Diego, California gay bar that every one of them had been victimized in a similar way as child. (Click here).
When people confront or shame me because I make a big deal about taking on and ending the LGBT agenda, I become more resolute in speaking out without reservation or evasion. These behaviors, these unhealthy inclinations are a result of serious trauma, abuse, and confusion. These behaviors and the larger agenda behind them should not be normalized, let alone celebrated or promoted.
George's story should serve as a stern warning (no pun intended) that homosexuality is not natural, but the result of unnatural actions, abuses, or harms perpetrated against someone, and it's time for us to take our opposition to this agenda seriously--for the sake of the homosexuals themselves as well as children generally and public will and health at large.
Posted by Arthur Christopher Schaper at 6:14 PM