Letters to the Editor for "Tear Down This Icon" 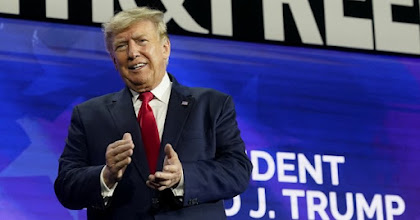 Two weeks ago, I wrote the first article in over a year for Townhall.com.

Tear Down This Icon: Replace Reagan with Trump

Here are two letters I received in response:

Whew! This is silly in the extreme. Trump was a fine president but he did not defeat Russia , crush the Dems, popularize Republicans or stay in office for 12 years (Bush was gifted the White House then blew it). The 12 years was a vital. The Donald did not give that to us. Not necessarily his fault but facts are facts. This effort by you is a monumental waste of time and print. We need Republican icons ,not fewer. Reagan as icon does nothing to detract from Trump so stop setting up a battle that only Dems will enjoy.

And here's another letter I received today!

I recently read your article titled “Tear down this icon and replace with Trump…” and I felt it absolutely necessary to write and personally thank you for taking the time to write and publish this article of factual information.  I’m a writer and in all honestly it was a pleasure to read something about President Trump  that was positive and filled with facts and compliments, not facetious, insulting, & malicious, minutia.  I get most of my news from NewsMax TV.  However, I also read a lot of articles that show up in my inbox and for the most part, they are filled with lies and ambiguous opinions that are all spewed from the mouths of idiots who know absolutely nothing about anything!
President Trump has done more for this country than any other President and it’s about damn time all of the Republicans get in sync with one another, throw away their stupid egos, and stand united as ONE PARTY, with President Trump as our #1 Leader!  I am fed up with the LEFTISTS and THE DEMOCRATS getting away with all sorts of criminal acts while the Republicans sit around and spend too much time on issues that are the least of our problems.  While most Republicans feel that the “abortion” issue was a win -win and a victory, they spent too much time discussing it when it’s an issue I personally  feel should not be part of a political stance.  This was just one example.
There’s much more I can write  about when it comes to President Trump.  And  while I did my part both in 2016 and the 2020 elections by working as a digital activist for the Trump Campaign, now more than ever, I want to fight with ALL of my being to help President Trump (more-so) and the Republican party; provided that there are no more Republicans who turn their back on President Trump.  Otherwise, I can no longer support the GOP.
Sincerely,
Madonna Gallis
Posted by Arthur Christopher Schaper at 11:09 AM