Does Support for Israel Clash with America First? 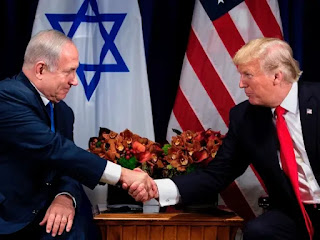 The Republican Party has become the de facto pro-Israel political party. Should it be that way? Does Israel help American now? If so, how? Does that mean we cannot criticize the country or its government? Should the United States help pay for Israel’s defense? Are critics on the Right … right to be hostile to Israel? Last of all, does it compromise “America First” to support Israel?  Freedom of speech is a godsend, one that forces us to contend and discuss even the most elementary or transparent of issues. Anti-Israel and anti-Semitism sentiment is on the rise (especially among some on the populist Right), and their outrage compels us to revisit American-Israeli relations. Are we too tied up with other countries? Are we violating George Washington’s warning in his Farewell Address to avoid foreign entanglements when we support other countries, including Israel?

Let’s start with the charge “You can’t criticize Israel. You will pay a (political) price if you do!” Much of the corporate media is decidedly pro-Palestinian. The hateful Squad in Congress (including incestuous Ilhan Omar and Rashida Talib) routinely criticize Israel and hobnob with terrorists, and nothing happens to them. I submit that yes, you can (and should) criticize Israel, as we should be free to criticize any country. I vigorously denounced the country’s onerous COVID-19 policies, and I do not celebrate their having the second largest PRIDE festival in Tel Aviv. Even Israelis themselves criticize their country! It’s not anti-Semitism to criticize Israel.

How has Israel helped us? They keep Iran in check, for starters. They bombed ISIS in the Sinai Peninsula, when most news outlets ignored them. They have helped other allied countries develop their military prowess, too (Singapore, for example) or provide intelligence against international terrorism (Australia).

But what about ongoing foreign aid to Israel? I stand for the most part with US Congressman Thomas Massie, the only Republican to vote against the $90 million funding for Israel’s Iron Dome. Drug cartels and human-trafficking dominate our Southern border, and our political class is paying for the defense of other countries? My problem isn’t with Israel per se, but with our representatives focusing on every other country but our own. Rep. Massie’s stance is not anti-Israel or anti-Semitic, but pro-America. We should expect the same from all our representatives.

I do disagree with Massie’s statement that AIPAC (America Israel Public Affairs Committee) is foreign influence. Americans have the right to lobby their government to spend money for other countries, even though I disagree with them. Unlike Massie, I would have voted to condemn the BDS movement due to its multiple ties to terrorist organizations. It’s one thing to say a country should not exist, but it’s another to work with international terrorist groups who won’t stop with Israel. They want to erase America, too.

But what about some of the professional pundits on the right, and their criticism of Israel? Should we agree with them?

Ann Coulter raged against the 2016 Republican presidential nominees because of their focus on Israel, while ignoring our country’s immigration problems. She doesn’t have a problem with Israel per se, either. In fact, Coulter likes Israel’s border security and wants us to imitate it (so do I). I say we give Israel $3 billion a year to build our wall. 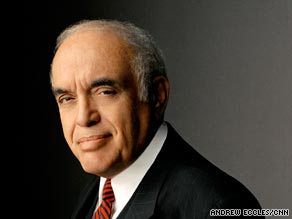 Did Israel attack the ship on purpose to deceive the United States into the conflict via a false flag operation? Some of the surviving veterans say yes, but they also admit that they can’t prove it. After more than U.S. ten commissions on the incident (including a conference as recent as 2004), there is nothing to substantiate the charge. Besides, Israel did not have to seduce the United States into war, since they were already winning on their own. The United States and Israel did endure a twenty-year period of statis over the incident notwithstanding, and Israel paid a large indemnity. For the record, Israeli and Jewish scholars in Israel have not tried to hide discussion on this issue. Robert Novak was entitled to his opinion, but he was wrong. 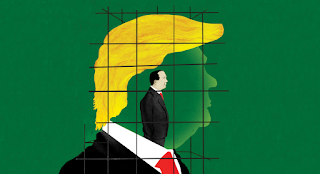 Then there’s Pat Buchanan. I will never forget his statement on The McLaughlin Group: “If you want to know ethnicity and power in the United States Senate, 13 members of the Senate are Jewish folks who are from 2 percent of the population. That is where real power is at….” My initial reaction was, Wow, Pat – anti-Semitic much? Today, you hardly hear Buchanan talk about Israel. What happened? President Trump maintained a solid relationship with the country and kept the United States out of foreign wars. Yes, Pat, it can be done: you can be America First and still support Israel.

But is there really a conflict with America First if you support other countries? I supported Brexit, but I don’t think Britain’s interests are more important than America’s. I applaud Marine Le Pen’s populist efforts to break France out of the chokehold of abject secular globalism, but it's not America’s job to help make that happen. Singapore’s pro-family policies should be replicated around the world, but I vigorously oppose the country’s harsh limitations on freedom of speech.

Israel is not a perfect country, but she is special because like the United States, she was forged by people fleeing persecution to establish freedom of security of themselves and their posterity. Yes, you can criticize Israel. No, we shouldn’t have to pay for their defense (we can’t even pay our own bills!). Israel is a force for good, including for the United States. Ultimately, however, our real focus should not be denigrating any one country, anyway, but rather focusing on domestic American interests.