There are two very contentious races in the 2022 Torrance City Council Elections:

For this post, I am going to explore the District One contest more closely. 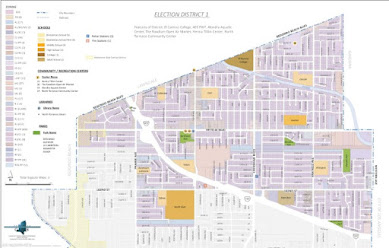 It's also the most Democratic region of the city, if one is paying attention to the affilation of voters in the area. Of course, I have found that many residents in the city are not as keenly focused on the party affiliation of city council candidates, as much as they focus on

There are four candidates for this seat. Right away, we understand why this fight is so contentious.

Here are the candidates vying for the seat, with their political affiliations and their endorsements 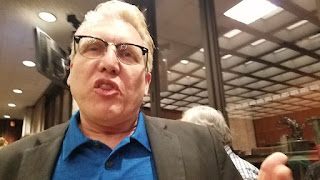 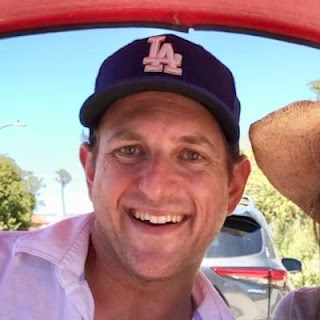 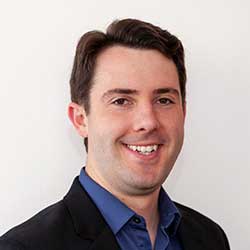 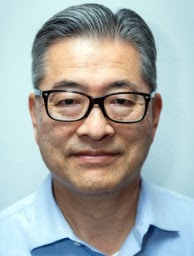 This race has a diverse split in all the endorsements. That certain will make for an interesting contest come June 7th, 2022.
How does this all break down, though?
Jimmy Gow is clearly the most partisan of the endorsements. He has gotten complete backing from every Democratic machine politician in the region, from Congress to the county to the state assembly. No one should be surprsied, since he remains the president of the Torrance Democratic Club, an institution with a history of shutting down public participation when residents want to confront their locally elected officials.
The last thing that many TOrrance voters want is an outright partisan, based on how elections have fallen for the last several decades in the city of Torrance. What's worse, though, is that Jimmy Gow was recently removed from the commission that he had served on for a number of years: The Social Services Commission.
It's a bitter irony that he servded on that commission, based on his obstreperous behavior during the 2016 President election. His infamously visited the West Carson Veterans Hall in 2016, in which he and other rabid leftists trespassed on the property, spit at veterans, pushed them around, and one of the hateful activists stole the phone from one of the veterans at the hall. 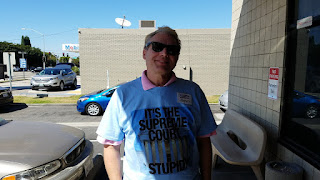 Jimmy Gow should be a clear "No" for any voter in North Torrance. He ran in 2018, when city council seats were still elected at large, and he was the bottom vote-getter. Will his overt connections to the Democratic Party get him into the seat?
Well, Democratic voters in North Torrance have another, more professional choice: LA County Deputy DA David Zygielbaum.
He's much more likeable and approachable. He also has a young family and he currently serves on a commission, having received the unanimous endorsement of the city council at that time. He helped start a Neighborhood Watch in his area, too. Plus the fact that he has endorsed by the two public safety unions in the city, and Zygielbaum is a viable option for partisan voters who want a city councilman with some panache and substance.
However, any candidate who receives Mayor Pat Furey's endorsement should invite considerable suspicious. Pat Furey has been a disgrace, an absolute disaster for the city of Torrance. A bitter partisan with open disdain for his colleagues on the council, a political hack of dubious moral distinction who colluded with a local PAC during the 2014 Torrance City Council elections, Furey is one creepy fellow. Many people in the city have had nothing but disdain for this man, in large part because of his rampant disrespect to voters and speakers in the city council chambers.
And his complete incompetence when it comes to running city council meetings has harmed everyone in the city. He refused to take a stand against outside hate groups which have long disrupted city council meetings. He has refused to take a stance against the relentless borrowing from the city's general fund.
Pat Furey has been a huge disappointment to the city, and anyone whom he endorses is all the more suspect as a result.
Like Zygielbaum, David Kartsonis has a considerable record of public service in the city of Torrance, specifically for North Torrance, and for the general region due to his advocacy and volunteer efforts with El Camino College. In 2020, he ran for a seat on the El Co Board of Trustees, and he even received numerous endorsements from local and county elected officials from across the political spectrum.
Yet he still lost.
He's running for the North Torrance city council seat with a considerable array of endorsements, but many of them are formerly elected officials, not current ones, aside from Torrance City Councilmembers Mike Griffiths and Heide Ashcraft.
Kartsonis has considerable ties to the area, no doubt, and he does not have a partisan axe to grind. Is he the best pick for the seat?
Then there's Jon Kaji.
He's an Independent, and an independent business owner. He has the endorsement of two Torrance city councilmembers. He has ties to the Torrance business community, certainly. Most of his endorsements are from his activism and his connections with his alma mater USC.
It helps to have someone who is more of an outsider running for the Torrance City Council. As it stands now, two of the city councilmembers--George Chen and Sharon Kalani--never served on city commissioners before. It's worthwhile for voters to send a message to the community that they will give "outsiders" a chance to serve on the city council, as well.
There is one clear distinction which Kaji holds compared to the other three candidates: he is the only candidate who opposes raising the city sales tax. That is a considerable development, and makes him a worthwhile consideration.
Final Reflection
Diverse, divided endorsements, different political backgrounds, distinct records of public service: all these elements make the race for Torrance City Council District One an election for the Torrance history books. How will the voters assess these different candidates? Will the endorsements play any kind of factor? Each nominee has a number of respectable suppporters, and some of them have supporters from the same government agency (Torrance City Council, El Camino College Board of Trustees.)
The professional background of each candidate is something to consider, as well.
How will this race shape up going into June 7th?
Posted by Arthur Christopher Schaper at 5:07 PM