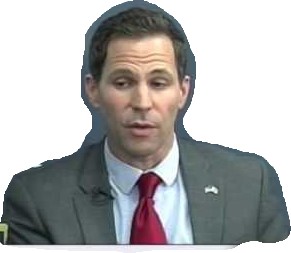 Cliff Numark broke his commitment to the city of Torrance. He ran for city council, then abandoned the seat when he was elected to the El Camino College Board.

Then, on the college board of trustees, he had no problem violating the United States Constitution, the Nuremberg Code, and the common law traditions on which our country was founded.

As a member of the El Camino College Board of Trustees, he supported forcing students to be jabbed to enroll in classes.

Check out this report from the El Camino College Union:

The El Camino College Board of Trustees has approved and adopted a new vaccination mandate for all students and employees.

During the Sept. 7 Board of Trustees (BOT) meeting, El Camino College (ECC) President Brenda Thames along with all other BOT members have discussed questions and concerns about what the vaccine mandate will do to all individuals related to ECC.

And what were his thoughts on it?

Although there are concerns about the future of the college, something that the BOT and President Thames are focusing on is the health and safety of the ECC community.

“This is consistent with what many other colleges are doing and there’s a bottom-line issue, this will save lives. Period. End of story,” Trustee Cliff Numark said.

We don't need another micromanager on the Torrance City Council, one who ignores the research, statistics, and science when it comes to illnesses, vaccines, and health choice.

How many tens of thousands of people have died because of this experimental shot? Why would anyone want to deprive students of the opportunity to earn a degree, to learn a trade simply because they would not take a suspicious shot in the arm to stop an overblown virus?

Quittin' Cliff is wrong for Torrance.

Let's not forget the COVID-19 tyranny that the world, and specifically California, had to endure for the last two years.

Numark would be ready to lock down the entire city if there was a hint of COVID-19 issues, some other disease, or some other "crisis."

Say NO to "Quittin' Cliff."