Standing Up to Hate in Torrance, CA: David Rayor

The city of Torrance has wonderful people.

Sadly, there are some marginal bigots in the city who want to cause trouble, who want to shame people who do not look like them, or who hate people in the community who want to protect parents and children from destructive sexual perversion.

One of these hateful people is David Rayor: 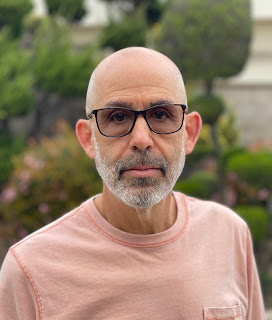 He has a problem with people who speak the truth in town, and he wants to shut down and run out of town anyone who speaks the truth.

Check out the hateful remarks he made about me in the Torrance Town Hall Facebook group: 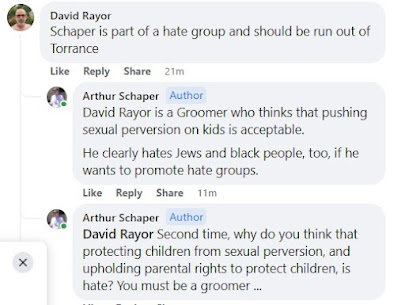 But what else about this guy should we know?

What does this creepy guy insist on sharing with the world, anyway? 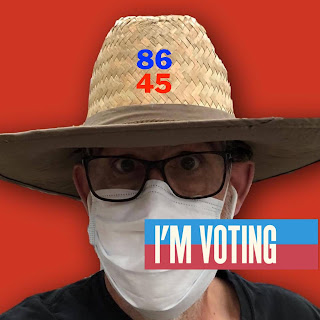 He seems to have a drinking problem, since he is constantly posting about drinking alcohol:

Notice how Davie loves to the start the day drinking!

And apparently, he will use any excuse to throw down booze:

Now, about this whole "hate group" and "running out of town" business ...

The only reason someone defames me or the work I do for MassResistance is that they get their talking points from a hate group called the Southern Poverty Law Center. This hate group, based in Montgomery, Alabama, has a long history of defaming Jews, Muslims, and immigrants. They tried to shut down educational opportunities for African-Americans. The SPLC has also labeled black liberation groups "hate groups," and they think that the Jewish Defense League is a hate group, when the Defense League was forced to help Jews protect themselves from white supremacists, white nationalists, and Islamic militants.

He hates anyone who stands up for children and their parents, who opposes the perverse LGBT agenda being forced on children.

All of his perverse support for these evil views and values makes him a hater, a pervert, and a groomer.

And there you have David Rayor.

Torrance is better than this hate! Time to stand for truth, and time to stand against this festering bigotry! 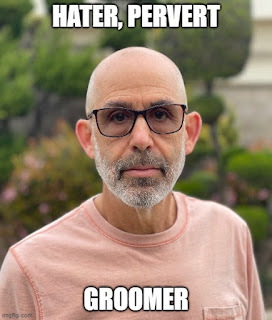