TUSD School Board Member Betty Lieu: If You Supported Ed Buck, How Can You Say 'Black Lives Matter'?

I was very disturbed when I found this photo of you posing with the notorious LGBT bigot Ed Buck: 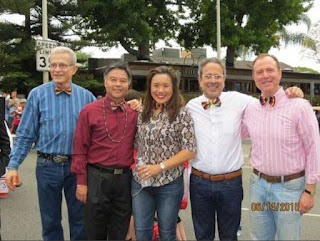 There is Ed Buck on the left, standing next to your husband, Congressman Ted Lieu.

Why have you not denounced Ed Buck and repudiated your relationship with him?

Here's the latest report on Ed Buck and all his long-overdue conviction for all the wrongdoing which he has engaged in:

LOS ANGELES (AP) — A federal jury on Tuesday convicted a wealthy California political donor on charges he injected gay men with methamphetamine in exchange for sex, leading to two deaths and other overdoses.

Ed Buck, 66, was found guilty of all nine felony counts in federal court, which could lead to a life sentence. The verdict came exactly four years after one of the victims, 26-year-old Gemmel Moore, was found dead of an overdose in Buck's West Hollywood apartment.

"Today is bittersweet," LaTisha Nixon, Moore's mother, said after the verdict. "We got victory today."

After four hours of deliberations, a jury in Los Angeles found Ed Buck guilty on all nine charges brought against him, including maintaining a drug den, distributing methamphetamine, enticement to cross state lines to engage in prostitution, and providing the drugs that led to the deaths of Gemmel Moore and Timothy Dean.

The truth is that Ed Buck lured many BLACK men into his West Hollywood apartment, plied them with drugs, then had sex with them, or should we say, raped them, since they were intoxicated and/or under the influence of some controlled substance.

Ed Buck was notoriously hated among activists in the Los Angeles Black Community, and rightly so, considering the number of their deaths which took place in his apartment. 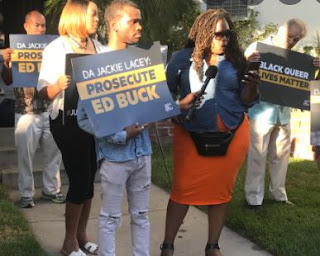 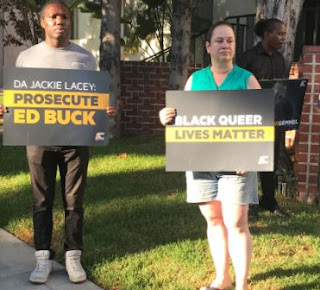 Just because Ed Buck was a flagrant homosexual activist, just because he donated large sums of money to the Democratic Party, and to candidates like your husband, is that an excuse to overlook his crimes, his wrongdoings against black people? Here we have the very essence of the so-called "white privilege" that left-wing activists and Democratic politicians love to pontificate about. Was not Mr. Ed Buck the epitome of white privilege, or white supremacy, because he had gotten away for so long with exploiting and then killing black men?

Trustee Lieu, if you supported Ed Buck then, how can you claim to care about fighting racism now? If you have received to repudiate the wrongdoing that Ed Buck engaged in, how can you claim, as other Democratic activists and politicians claim, that "Black Lives Matter"?