CA Republicans Voted to Eliminate R-1 Zoning, Too (And the Root Failure of Representation)

I have been telling people for the last few weeks that we do not have representative government at all in Sacramento, and not just because Democrats have a raging supermajority. 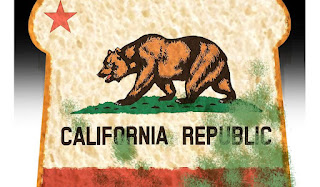 I submit that even if everyone was a Republican legislators in Sacramento, there would still be lots of bad legislation passed and forced onto the state.

The third-house money that runs Sacramento, the lobbyists and special interests, have an unrelenting chokehold on everything that happens in the state capitol.

Consider the sudden passage of SB 9 and SB 10, two pieces of legislation which all but eliminate single-family zoning limitations in local and county governments. As of this week, developers can now buy up single-family lots and put four homes on a lot that was zoned for only one home. This increase in potential housing stock will not bring down prices. In fact, since most of the developments are coming to high demand locations, it will just create more high-cost housing. And don't forget that more residents in high density areas just means more demand for fewer resources.

Republicans as well as Democrats voted for these assaults on local control.

And check out the final vote in the State Assembly:

The bill passed the state assembly by only 45 votes! If every Republican had stood their ground and voted NO, the bill would have failed!

This is the second time that the Republican caucus in the State Assembly helped screw over voters. Seven Republicans! UNBELIEVABLE!

And in the state assembly:

What's going on here? Real estate and developer money is flowing freely into Democratic and Republican coffers. Same holds true for unions, both private and public sector. The passage of Jungle Top Two primaries gave these third-party interests more power than the political parties, as well.

Let's face it: Political parties do not run Sacramento, and neither do voters. It's really sad, but this is where we are now. The special interests, the big time donors, the major corporations, they run this state. California is an aristocracy of special interests, not the public good.

The fact is that a state assembly district has over 400,000 residents. Can anyone really say that they are represented by ANYONE in Sacramento?

Today, a state senate district contains about 1 million residents! That is larger than the representation for a Congressional district! There is no way that any one voter can feel that their voice matters in Sacramento with such overwhelming numbers crowding into each district. No one is really represented in Sacramento anymore. Third-House money and special interests have all the power now. They can amass the money, they can blanket a district for their chosen candidate. and most voters will go along with whatever is fed to them because the advocates for everyday citizens do not have that kind of money to fight back. 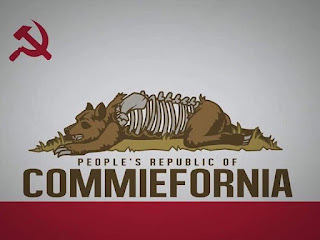 This disparity in representation explains everything. There is no way that a common community of citizens can really band together and fight back against bad legislation as this point. The special interests call all the shots. Real estate agents and developers want lots of high density housing so they can make lots of money.

Labor unions want big contracts. The public sector unions run everything in Sacramento, too. It is so bad, and so blatantly, that when I confronted State Senator Ben Allen about making some form of school choice available, he told me plainly "The teachers union has to approve it."

They call the shots. They get to decide what passes and what does not pass in the state legislature. This whole corrupt process reveals fully how bad things have gotten in Sacramento and in the state of California as a whole, and why so many people are now just pulling up stakes and leaving the state entirely.

Posted by Arthur Christopher Schaper at 8:25 AM