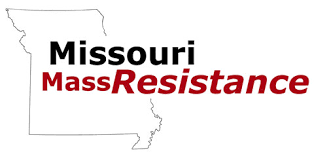 We are sending this email to our readers and supporters in the Kansas City area. In the city of Kansas City, Missouri, Mayor Quinton Lucas is proposing a city-wide ordinance to ban reparative therapy for minors.

This is very disturbing .If you are not informed about this therapy already, this therapy saves lives. It helps people who are struggling with homosexuality and transgenderism so that they can break out of those behaviors.

Of course, the LGBT lobby wants to ban this therapy as much as possible, because their whole agenda is based on this lie that people are “born that way”, and therefore they do not need to change, and no should try to change them.

The bill is being introduced today (October 24) and it will proceed further next week. So time is very short.

Your help is needed to stop this! Please contact the city council and the mayor of Kansas City and tell them NOT to ban reparative therapy. (See contact information below.)

Here are key talking points to include in your email or your phone call to the city council and mayor:

1.       It’s “reparative therapy”, not “conversion therapy” – we are talking about a therapy which restores life and well-being to individuals, not a process for converting someone from one static identity to another identity.

3.       The opponents of reparative therapy claim that the therapy involves physical harm or torture. Those accusations are total lies. Reparative therapy is a talking therapy, a cognitive-emotional therapy which helps individuals deal with deeper, underlining hurts and pains.

5.       Reparative therapy is protected by the First Amendment of the United States Constitution: Freedom of speech, freedom of religion, freedom of assembly.

6.       Three federal cases have affirmed and defended reparative therapy practices, for minors as well as for adults:

a.       Vazzo v. Tampa (2019) – Struck down reparative therapy ban for minors in Tampa, Florida
b.       Schwartz v. The City of New York et al. (2019) – Lawsuit compelled the city council of New York City to repeal their comprehensive reparative therapy ban, both for adults and for minors, because the city realized that they could not win the case.
c.       NIFLA v. Becerra (2018) – Supreme Court case which struck down any limitations on professional speech as unconstitutional. The Majority Opinion, authored by Justice Clarence Thomas, signaled very clearly that reparative therapy bans of any sort are unconstitutional and will not survive judicial scrutiny once challenged before the United States Supreme Court.

If the Kansas City city council passes any kind of reparative therapy ban, they are basically signaling that they want people to be harmed, to live in pain, or to die.

The city will also be inviting a number of costly lawsuits which the city will lose. In fact, the city could open itself up to further liability by attempting to ban a healthy, life-saving therapy. 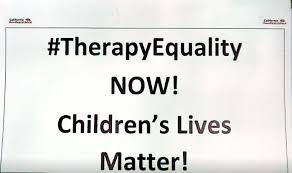 If you have any questions – and especially if you can go and testify – please contact me:
Arthur Schaper, Organization Director
Email: arthur@massresistance.org
Phone: (781) 890-6001

The contact information for the Kansas City City Council is listed below: