MassResistance: Major Antifa Fail, Could Not Shut Down Straight Pride Parade in Boston

Part 3: The lunatic Antifa mob set on shutting it all down

Attempting to disrupt – and worse. See video below!

The Boston Straight Pride Parade was clearly put on as a parody of the annual "Gay Pride" parade in Boston. It was also pro-America and pro-President Trump. But to the humorless Left, such a public rebuke of political correctness needs to be demonized and destroyed by whatever means possible. 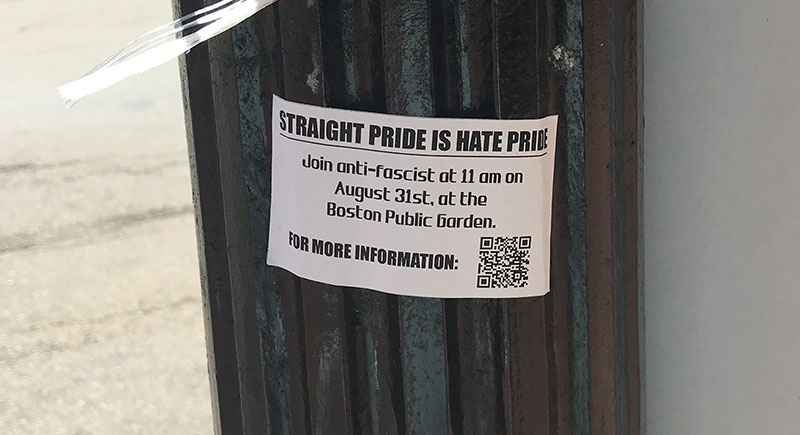 These were on telephone poles around the downtown area. 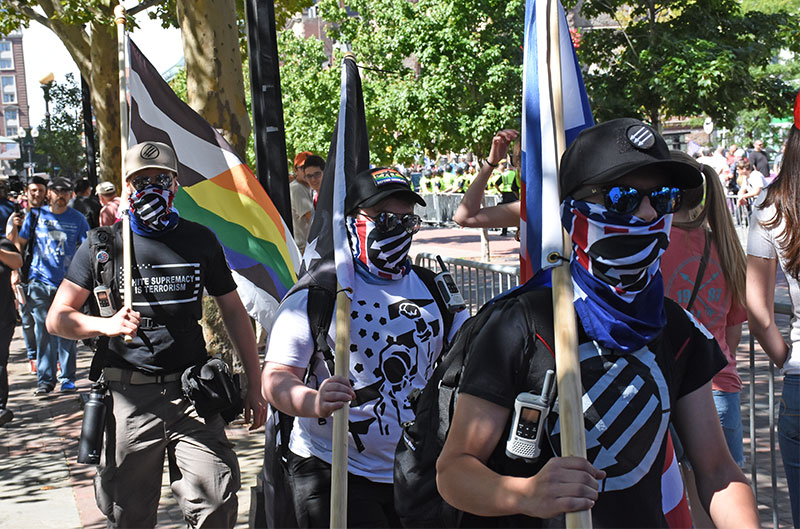 We had a long conversation with one of the Antifa people on his way to City Hall Plaza. He was a young guy, about 25. He was yelling "Nazis get off of OUR streets!" We asked him, "Aren't these public streets?" He admitted they were, but said it didn't matter. So we asked him, "How do you know they're Nazis?" He said their writings have been reported in all the news. He then claimed had he had personally talked to the Straight Pride leaders, whom he said admitted to being Nazis and white supremacists. He said that they needed to be driven out of Boston. We told him that Antifa appears to be pretty Nazi-like itself with that kind of thinking and violent approach. Apparently no one had ever said that to him before, and he didn't respond. The whole conversation was like something out of the Twilight Zone. But make no mistake: this really is the irrational way that a whole segment of the population thinks. 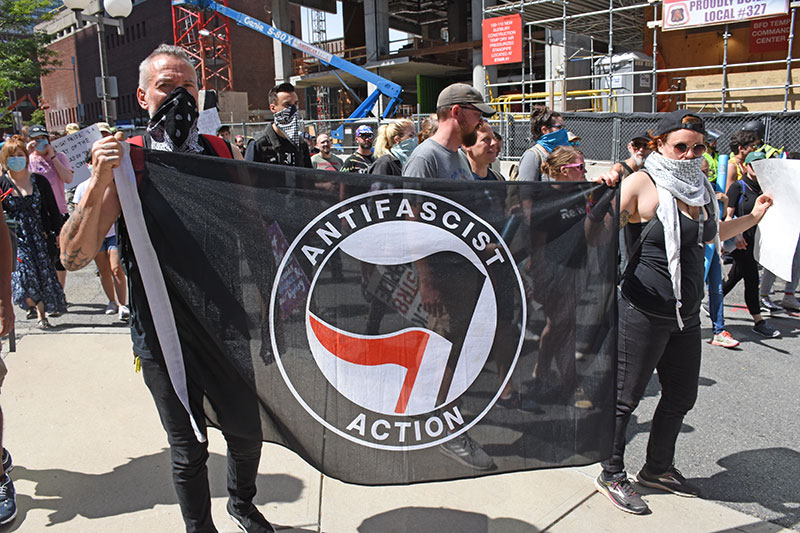 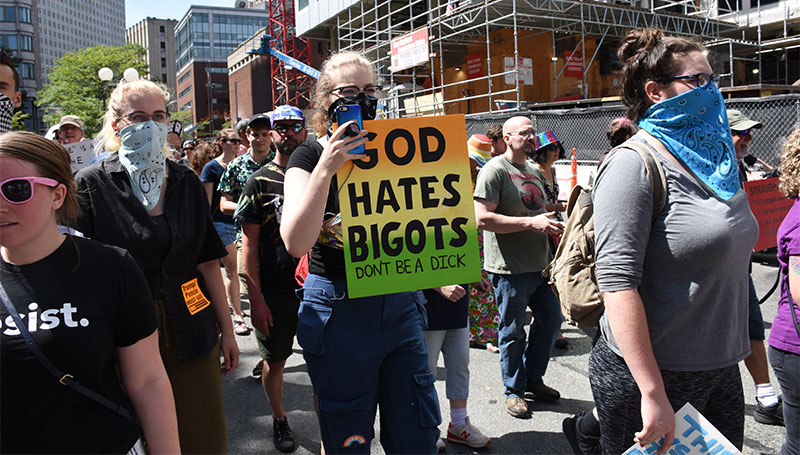 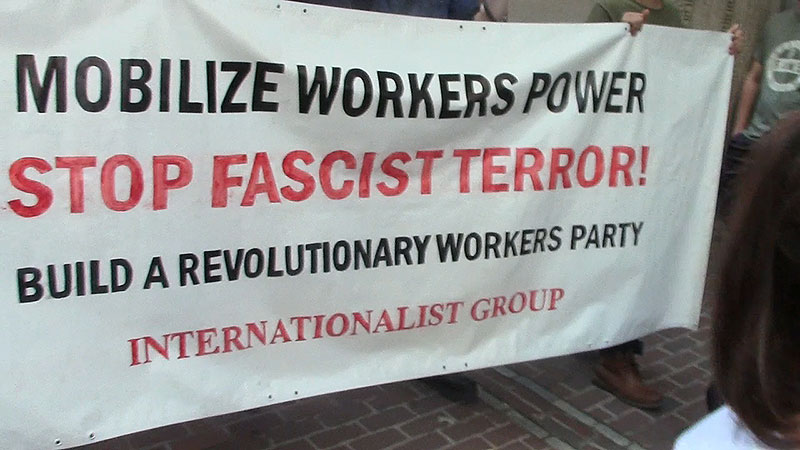 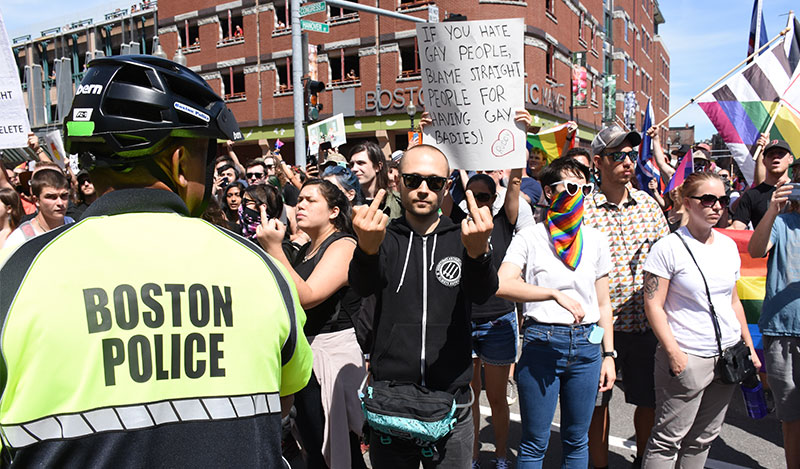 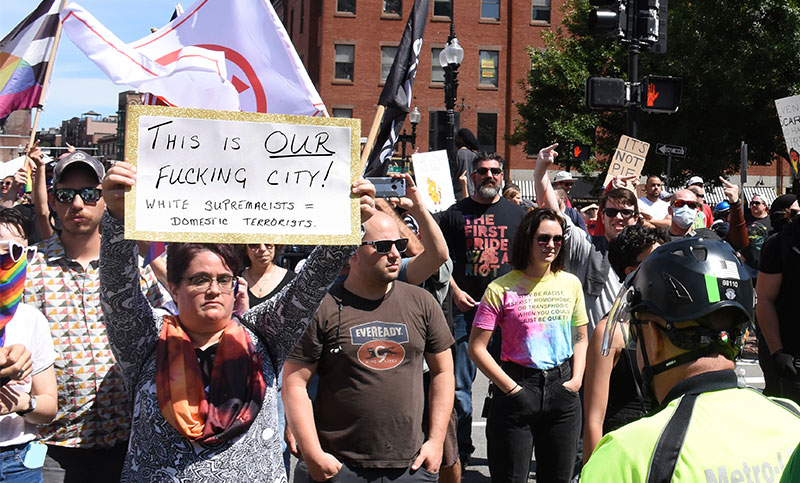 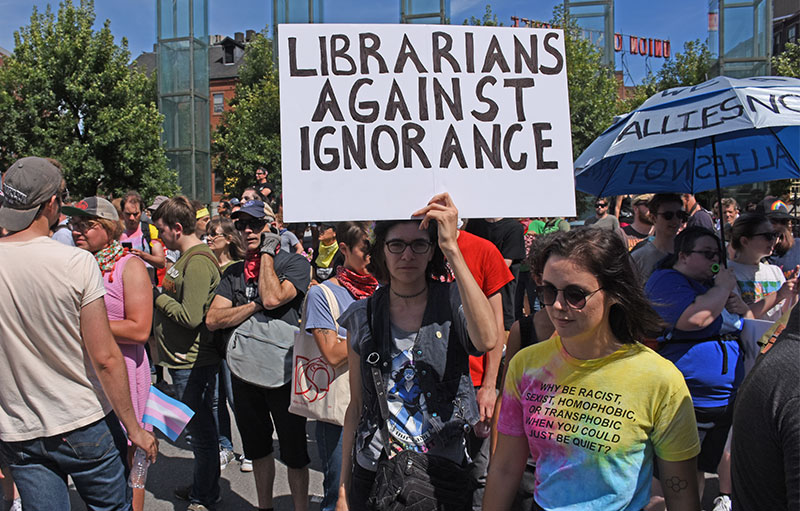 This woman told us she is a librarian in Somerville, MA. The obvious question was: if she's against ignorance, what's she doing here? 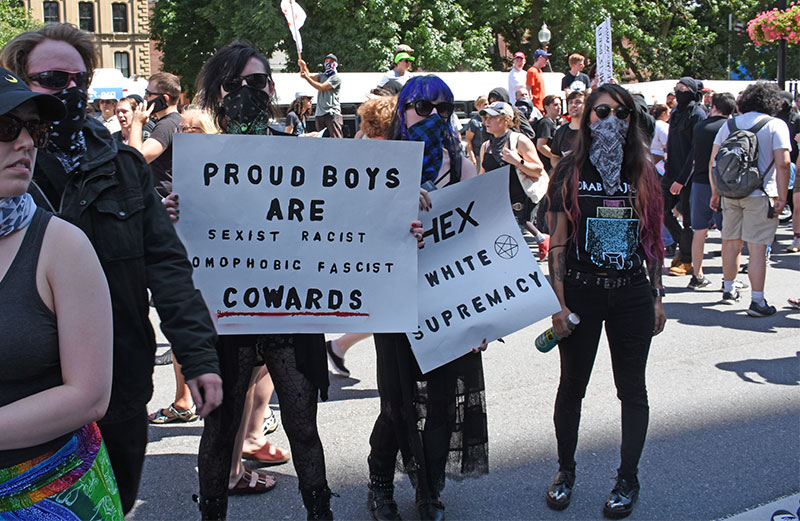 Sometimes it's hard to tell if it's a joke or they're serious. 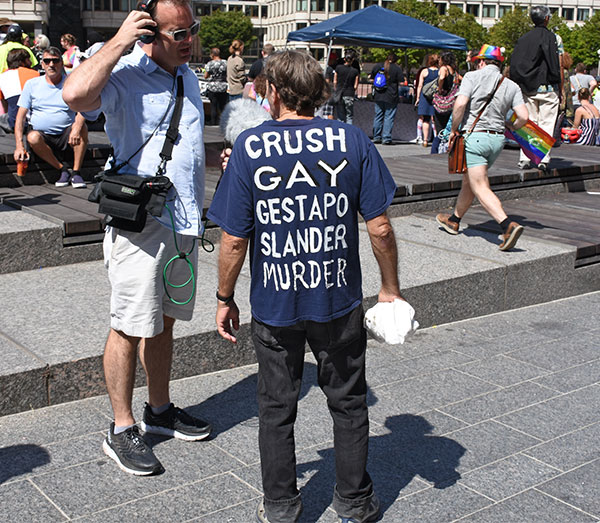 This guy managed to avoid getting attacked - at least while we were there. 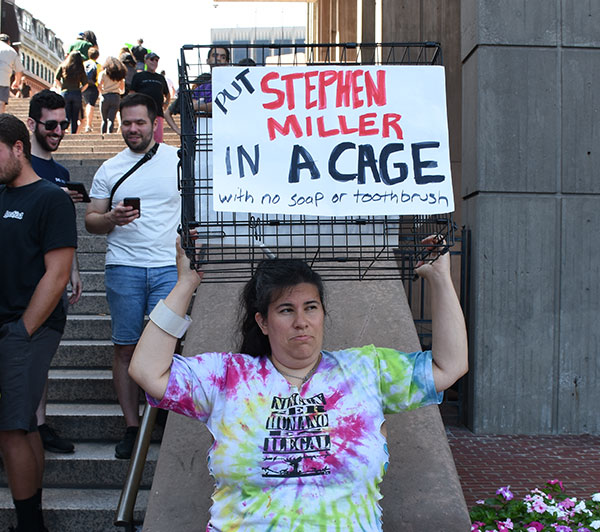 This woman told us that Stephen Miller is someone in the Trump Administration (he's a senior advisor in the White House), that she apparently doesn't like! 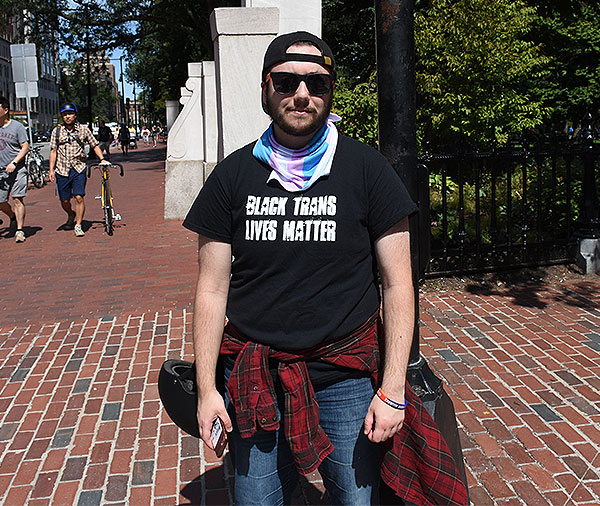 This guy took down his mask and posed for us with his "Black Trans Lives Matter" shirt. 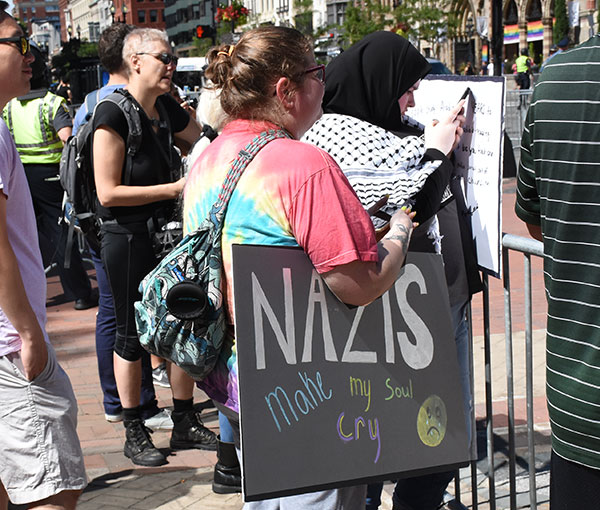 Another Leftist who believes nonsense. 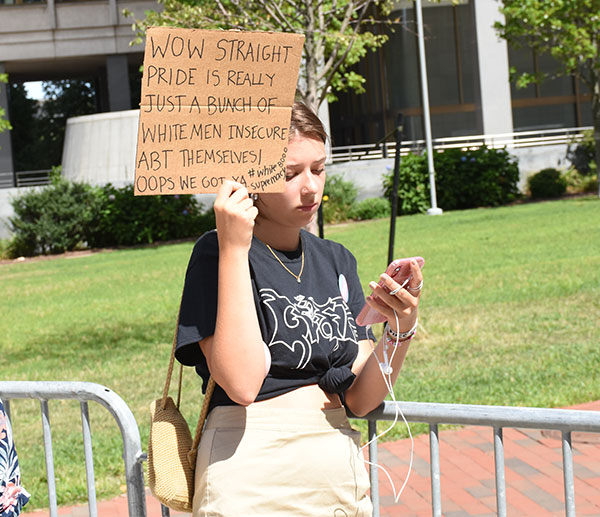 Oh, sometimes being a social justice warrior can get so boring! Need to check those phone messages!

Please help us continue to do our uncompromising work!
Our successes depend on people like you.
Donate to MassResistance
Your support will make the difference!
Posted by Arthur Christopher Schaper at 11:03 AM