My Intended Remarks to the Torrance City Council, Re: Absentee Treasurer Dana Cortez

Treasurer
Torrance City Council:
Where in the world is Dana Cortez? She should be here, held to answer for not being present and accountable to the residents who elected her. She won re-election without even having to campaign the last time.
What’s the problem?
I understand that the city council took steps to remove some of her duties, and they also cut her pay, but she is still getting a paycheck.
I have heard from other residents that she was unfairly treated by this city council and the city staff.
Whatever was done to her, for better or for worse, she is not here now, and her absence has put the city in financial jeopardy.
Just like with the repeated protests from the disorderly hate group behind me, Ms. Cortez believes that it’s OK to cause everyone else grief, including the city council whom she believed wronged her.
That is not OK, that will never be OK. 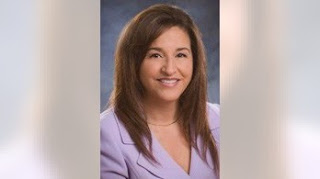 The public should know that she actually met up with me briefly while I was walking along Torrance Blvd . This was last year. She had already been on leave from the city council. She told me that she appreciated the things that I had been saying and doing in the city council meetings.
Then she told me not to believe what anyone is reading the press. She had been wronged, and it was unfair what had happened too her.
What I find really interesting now is that she was jogging that morning when I met here. That doesn’t sound like someone who is sick—and yet shje continues to submit sick leave notices and the rest.
This is ridiculous. Whatever wrongs she may have endured, two wwrongs do not make a right/
Please, to every resident in the city of Torrance, please assist with this recall. If anyone has a more direct contact with her, please get her to realize the error of her ways and resign.

Thank you.
Posted by Arthur Christopher Schaper at 8:35 AM