He is affirmative on the argument that young people, especially young woman, are in big trouble, looking forward to an empty life if they do not get married.

Here are Prager's thoughts, mostly the words of the "career woman", and my thoughts interspersed within.

A Message to Young Women From a Career Woman

Every Wednesday, the second hour of my national radio show is the “Male/Female Hour.” A few weeks ago, a woman named Jennifer called in. For reasons of space, I have somewhat shortened her comments. Every young woman should read them. This is precisely what she said:

Everyone woman must read this! NOW! (Really?!)

“Dennis, I want to get right to it. I’m 50 years old with four college degrees. I was raised by a feminist mother with no father in the home. My mother told me get an education to the maximum level so that you can get out in the world, make a lot of money. And that’s the path I followed. I make adequate money. I don’t make a ton of money. But I do make enough to support my own household.

The truth is that anyone who pursues wealth and career status as a set of life-defining goals, whether you are male or female, will run into a lot of hurt and heart-ache. Money many answer all things, but it does not give or substantiate life.

“I want to tell women in their 20s: Do not follow the path that I followed. You are leading yourself to a life of loneliness. All of your friends will be getting married and having children, and you’re working to compete in the world, and what you’re doing is competing with men. Men don’t like competitors. Men want a partner. It took me until my late 40s to realize this.

This issue of "loneliness" comes us a great deal, especially among women. But what defines, or rather causes loneliness?

“And by the time you have your own household with all your own bills, you can’t get off that track, because now you’ve got to make the money to pay your bills. It’s hard to find a partner in your late 40s to date because you also start losing self-confidence about your looks, your body. It’s not the same as it was in your 20s. You try to do what you can to make your life fulfilling. I have cats and dogs. But it’s lonely when you see your friends having children, going on vacations, planning the lives of their children, and you don’t do anything at night but come home to your cats and dogs. I don’t want other women to do what I have done.”

"Losing self-confidence about one's looks ..." Hmm. A woman has more value than based on her looks.

"Favour [charm] is deceitful, and beauty is vain: but a woman that feareth the LORD, she shall be praised." (Proverbs 31:30)

Yes, beauty matters, but a wise man is not looking to marry a woman just because she is beautiful. Furthermore, there are more stories which I have read in which elderly men and women do get married. I met one such couple last week!


I asked, “Was it hard for you to make this call?”

She responded: “It was. I want to be anonymous because I don’t want people that I know to really know my true feelings. Because you do act like ‘My career is everything. I love working.’ But it’s a lie on the inside for me. It’s unfortunate. I didn’t realize this until it’s too late. I don’t know if it’s too late. I would like to find somebody to go on vacation with.

"It's a lie on the inside for me," this woman states. For other women, their calling may include not having children because the calling, the career of their choosing has taken them on different paths.

I submit that the problem here is the feminism which was ingrained into her, which she never questioned. It sounds to me that she was convinced that men were part of the problem in her life, and that marrying a man would have created problems for her down the line.

It's not wise to avoid marriage because of such considerations. What someone else tells you about an experience or status cannot be the final determination on the matter. It simply cannot. For women, this bad advice has an even more adverse effect, since a woman's options do not narrow considerably by a certain time in one's life. It is very rare for women to have children after 40 years of age, for example.

“You have other concerns when you get older and you live alone. Who’s going to take you to your medical appointments? If something should happen to you, there’s no other income there to help you. These are things you don’t understand when you’re in your 20s because you don’t think you’ll ever get old and have health problems.

This woman is full of cares. A husband alone cannot take care of those cares. She has it all wrong. Sadly, it sounds like this woman went from one extreme of "I don't want to get married", to "I need a man, but now I cannot get a man because X, Y, Z, etc.")

“I’m stuck now because I go to work every day. I smile like I love it, but it’s very painful to not plan a vacation with someone. It’s painful to not have a Thanksgiving dinner with someone. You sit home alone and you do nothing. I avoid my friends now that have children because I have nothing in common with them. 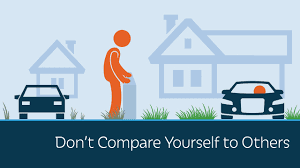 “Somebody asked me the other day, ‘Why did you stay single and never have kids?’ There’s answers: Because I was brainwashed by my mother into this. But it’s hard and it’s shameful to tell people, ‘I don’t know. I ran out of time.’

Now here's the point. The issue is that this woman went along with someone else's idea of what life is best. She didn't make the decisions for herself. The solution is not for her to get married. The issue is not about

“There’s not a good answer for it except ‘I was programmed to get into the workforce, compete with men and make money.’ Supposedly, that would be a fulfilling life. But I was told that by a feminist mother who was divorced, who hated her husband — my father.

Wow. More issues come to the forefront. A troubled home, no father, a broken family. Such pain that causes. She would like all of that restored or replaced, most likely. Being married would not fix that hurt, however. 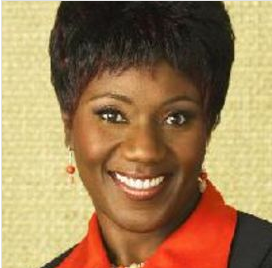 “She tried to steer me on what she thought was the right path, but feminism is a lie. That’s what I want women to know.

There. That is the real issue. The ideology of radical feminism is the biggest issue for this lady. She missed out on having children, but she should not feel as though the rest of her life is lost becaus she did not marry or have children.

She has too many globalized ideas. "I will never find someone now that I am older" seems to be the gist of her comments. How does she know that? God opens doors and closes doors. It's not like all her best options are gone just because she may not be able to bear children.

From this blessed example, Isaiah prophesies great blessing and honor even for the most barren among us:

2Enlarge the place of thy tent, and let them stretch forth the curtains of thine habitations: spare not, lengthen thy cords, and strengthen thy stakes;" (Isaiah 54:1-2)

"For more are the children of the desolate than the married woman, says the Lord."

God is in the business of blessing us, restoring us even in the midst of our worst times. 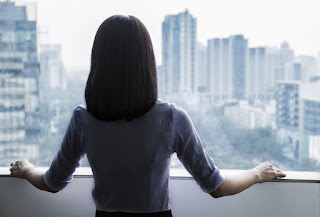 Dennis Prager's musing often are quite insightful and beneficial. I have learned a great deal from his Prager U videos.

When it comes to marriage and life, however, he misses the mark.

And there was more to plumb in this Career Woman's life than originally revealed.

If a woman makes a choice to remain single based on affirmative goals and personal experience,  there is nothing wrong with that. The issue ultimately is not that she rejected getting married at 20 or older, but that she is looking at her happiness outside of herself.

Marriage does not answer every need. On their surfaces, single life or married life presents blessings and challenges. The true blessing, the real challenge comes into play for which choices people make based on their individual lives, learnings, and leanings.

Let's hope that more people, men and women, make better choices for themselves based on a plenary review of many ideas, not just following a set of dogmas coming from one's parents.

By the way, here's an article from another 50-something career woman who chose not to have children and does not regret it!
Posted by Arthur Christopher Schaper at 3:25 PM