Janus v. AFSMCE was not the silver bullet which I had hoped it would be.

The Supreme Court decision has outlined that public sector unions can no longer force people to pay into a union which they have not joined. 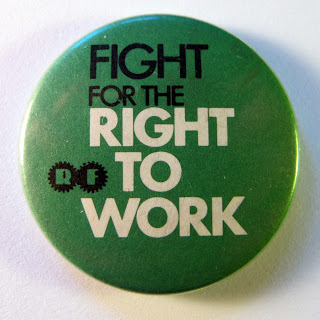 But now individual workers and their supporting organizations need to force these unions to comply with the ruling. They need to ensure that individuals can choose to join other unions as well as choose not to join a union at all.

Check out what they are working on now:

Arthur, this is incredible. The Union Bosses are trembling at the thought of your Foundation's next case reaching the Supreme Court. For the first time, one of Big Labor's most powerful lobbying weapons could be challenged at the Supreme Court. They call it "collective bargaining." But it's more accurately named monopoly bargaining, and this coercive scheme is used to divert government budgets into Big Labor's coffers, and raise your taxes to pay for it. Fortunately, that may be about to change. In just a few days, your Foundation can make history with a case asking the Supreme Court to, for the first time, examine the constitutionality of this scheme. A gavel landing on the right side of Bierman v. Dayton would free thousands of workers from union boss control, and even swing open the door to end public sector monopoly bargaining nationwide. With the union bosses' primary lobbying weapon off the table, their power to bludgeon politicians into backing Big Labor's schemes would dwindle away. So it's no surprise the union bosses are PETRIFIED. In fact, you can be sure they're already plotting to run every dirty trick in the book to halt your Foundation's effort to free tens of thousands of workers from union monopoly ranks and restore their First Amendment rights. That's why I'm coming to you right now. 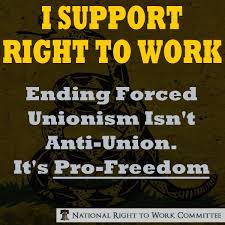 Will you chip in $25 to punch through Big Labor's roadblocks and see this case through to the Supreme Court? The first hurdle to cross is filing our writ of certiorari.But with the filing deadline just days away, your Foundation is scrambling to ensure we have the necessary resources to guarantee our petition has the best chance of being granted. It takes an entire team of your Foundation's experienced attorneys to put forth the best legal argument for the Supreme Court to ultimately rule Big Labor's monopoly bargaining powers as incompatible with the First Amendment. And that's not all. A potential U.S. Supreme Court case of this importance involves thousands of hours of legal research, drafting of briefs, responding to union arguments, coordinating of amicus briefs, and staging multiple moot court hearings to polish the arguments to be presented to the Supreme Court Justices. Foundation staff attorneys are already working hard to make sure they're ready for anything union lawyers throw our way. But the expenses are soaring. We know from past experiences and victories that legal costs can skyrocket amidst a heated battle at the Supreme Court. In fact, we've seen federal judges rule the cost of attorney fees to be well over $1 million for similar cases. And now that the opening rounds of this Supreme Court showdown are being chambered and aimed, union boss lawyers are scheming to launch a slew of dirty legal tricks to encourage the Supreme Court to reject our appeal. You see, every curveball Big Labor throws at the Foundation-backed Bierman case will drain more of our resources. That's why it's crucial your National Right to Work Legal Defense Foundation reaches our Supreme Court Victory Fund goal of $120,000 by the upcoming Thursday night deadline. I hope you'll help us close the gap with a generous and tax-deductible donation of $15, $25, $50 or more right away. I really appreciate your support in this major Supreme Court case brought by your National Right to Work Legal Defense Foundation. So please contribute below: Pitch in $15 immediately >>> Pitch in $25 immediately >>> Pitch in $50 immediately >>> Pitch in $75 immediately >>> Pitch in $100 immediately >>> Sincerely, Mark Mix President, National Right to Work


Public sector unions need to face pressure like never before. Their power is still unprecedented in a number of states, and the people who are footing the bills for their excessive privilege have a right to relief!
Posted by Arthur Christopher Schaper at 10:48 AM