Someone writes to me:

Wow. Arthur, I’ve appreciated your work in organizing fellow SoCal conservatives against SB-54 this year, & there is reason to be concerned about some aspects of kids in the drag world, but what you just tweeted makes no sense. Where are you getting this rhetoric from???
— Eric Sewell- Fighting & Words (@fightinandwords) December 30, 2018

"Wow. Arthur, I’ve appreciated your work in organizing fellow SoCal conservatives against SB-54 this year, & there is reason to be concerned about some aspects of kids in the drag world ..."

I DON'T NEED PEOPLE TO (JUST) APPRECIATE MY "WORK."

This "work" is called "the price of citizenship" or "the price of liberty." This is a calling, a mandate, if you will, for all free people who want to live in a free society. It's part of the citizenship package.

Appreciation is nice ... BUT:

I need people to work with me and the growing number of outraged American citizens and California residents who have had enough with the secular, tyrannical, regressive left.

I don't need a cheerleader. I need a fellow fighter.

I don't need a groupie. I need you to join our group.

I don't need a pew-warmer. I need a purposeful warrior.

I don't a layabout. I need a loyal laborer.

I don't need a fan or a follower. I want a fellow who will team up, join the group, and fight with me.

I think I speak well for many of the activists whom I have been honored to work with and learn from.

Final note: the highest compliments I have ever received were from individuals like Roger Hilmer, who said "I am out here recording and reporting on what my city council does because you were doing it" 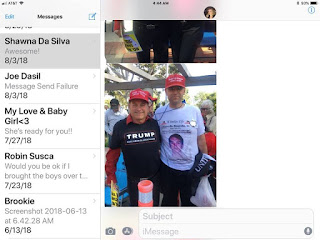 Another high compliment, from Gregory Susca: "I just couldn't sit by anymore and watch Arthur put his life on the line." By the way, just before the liberal commissioner in Downey sentenced me with excessive penalties for sitting in a city council meeting, Susca again told me: "I wouldn't be doing what I am doing today if it weren't for you."

In turn, I wouldn't be doing what I am doing without the examples set by Robin Hvidston, Janet West, Chanell Temple, Joseph Turner and others stepping up and speaking out. 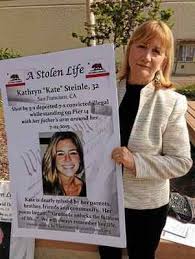 Cheerleading is nice, but not needed--and not enough. We who are activists are already doing so because we are proud of what we do to fight for our rights and our country.

Here's one way to start: Sign up for MassResistance:

Another way: sign up for We the People Rising: 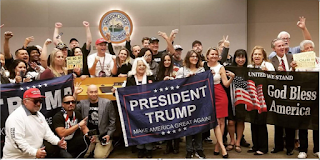